If you’re new to the SC300 and SC400, then you probably don’t realize that they are closely related to the Toyota Supra. The Supra being the big brother to the SC300 is a common misconception. In reality, the SC300 is the big brother to the MK4 Supra. They share the same engine and transmission, and they also share similar subframes, which means they share the similar suspension. They also share the same braking system and lots of the same electronics. Mechanically, the SC300 and SC400 are nearly identical to the Toyota Supra in every single way.

Also Read: 1JZ vs 2JZ: Which One is Better and Why?

I’m sure you know of the Supra being a tuner icon, so the aftermarket parts list is almost endless. Almost any aftermarket part that will bolt on to a Toyota Supra will also bolt onto an SC300, and any non-engine related parts will bolt on to a SC400. Plus, have you seen the prices for the MK4 Supra? It’s just like the 240SX’s “Drift Tax”, you’re paying way extra just because the car is popular in JDM culture. Even if the car is beaten to hell, it’ll be priced fairly high just because it can sell for that much. Ever since the first Fast and Furious, the MK4 Supra has skyrocketed in value. I would rather have its much cheaper little brothers, the SC300 and SC400.

Whether you love or hate the styling of the SC300/SC400, there’s no denying it’s unique. It screams “I’m a sports car!” with its long hood and low roofline, but has a classy and elegant look. There’s not a car on the market today that has such an elegant style, Toyota really knew what they were doing in the ’90s. There isn’t a super strong resemblance to the Supra, but you can tell that they’re related. If the SC300/SC400 came with a larger rear wing, we think it would look like a little Supra and probably be way more popular in the car community. Pieces of the design have become a little dated, but overall it’s one of the most elegant two doors to come out of Japan.

Check Out: LS1 vs LS3: Which One is Actually Better? 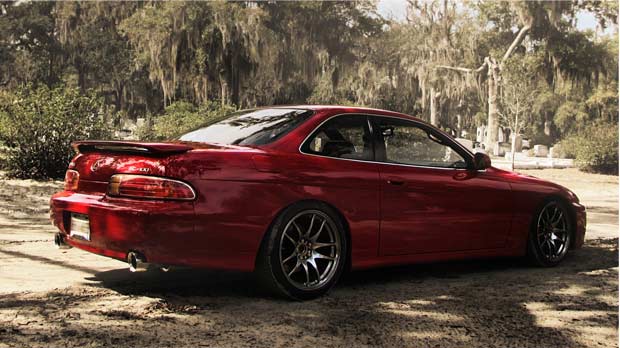 There are few body lines on the SC, and they are very subtle. It’s as elegant as a car could ever be. It’s almost weird to call this car JDM because it looks so german. It doesn’t look like a tuner type of car If it uses more aggressive lines and a sharper overall design, it would look more like a tuner car. We think that’s what makes it so special, it’s a weird mix of JDM heritage and elegant styling. David Patterson (ThatDudeInBlue) recently reviewed an SC300, and he also says it’s a very elegant and beautiful car.

Everyone knew Toyota for the extreme over-engineering in the ’90s, that’s why the Supra was so costly and ended up going out of production. So take that same over-engineering, and combine it with a luxury car, and you’ll end up with a Lexus SC. Not too many cars from the ’90s had memory seats, power everything, beautiful wood trim, and very subtle leather. The SC300 and SC400 were top of the line back then, combining incredible sound deadening, beautiful interior, and the great ride quality. The same over-engineered luxury featured made their way to the Lexus LS400, winning it loads of awards for being such an amazing, luxurious car.

Even little things like the door hinges are ridiculously over-engineered. Don’t believe me? Check out the picture below, the hinges are a double hinge design. 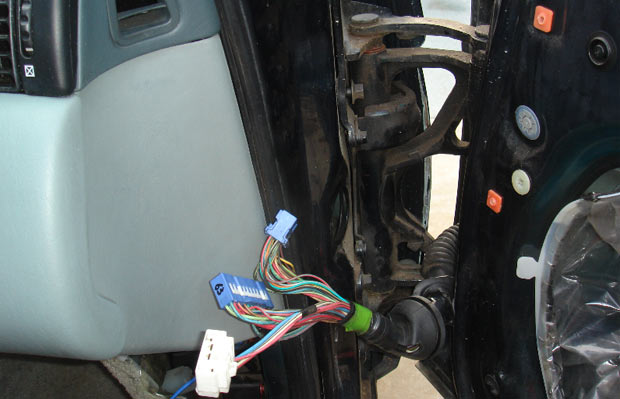 There are tons of other little things like ridiculously over-engineered like the door hinges. Lexus built the SC300 and SC400 as a next-level luxury sports couple. The SC300 and SC400 are still just as nice if not nicer than most luxury cars today.

As mentioned earlier, the SC300 shares its 2JZ engine with the Toyota Supra. The 2JZ is an excellent motor, holding up to high horsepower on stock internals is an impressive feat. Plus, with the aftermarket that the Toyota Supra has created, getting your SC300 over 400 horsepower is super. Slap on a big turbo, head studs, better fuel system, and you’ll be making north of 400whp like its nothing. The problem is, most SC300s ended up with an automatic transmission, which is great for cruising around and daily driving, but becomes problematic when cranking the power up.

The SC400 has the 1UZ engine. It’s not too often that Japanese cars come with a V8 and it is cool to see Japan make one. The 1UZ is known for running forever, Matt Farah from The Smoking Tire has his “Million-Mile Lexus,” a LS400 which he is attempting to push past 1 million miles. Unfortunately, my SC400 was unreliable regarding the engine, but the failures I experienced were from previous owners abusing the vehicle. 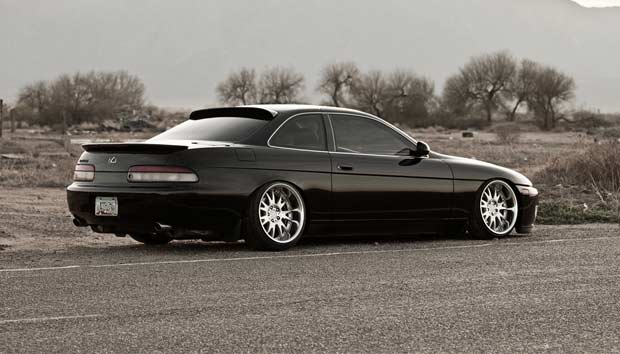 Also Read: Here’s Why The 1UZ is so Awesome

The 1UZ-FE was a technological feat for production cars. It was one was one the first DOHC V8 engines that was reliable and in a car that wasn’t insanely expensive. Lexus designed the 1UZ to be a very strong and reliable engine. The 1UZ’s short stroke and big bore allow it to rev to the moon. Think of it almost like a 1990s Ford Coyote engine. It also has 6-bolt main caps, which we often praise the Chevy LS for.

In its last form the 1UZ had a 10.5 compression ratio, and Toyota’s VVT-i and it made 300 horsepower. That’s an impressive amount of horsepower considering its small displacement. Compared to today’s standards, 300 horsepower is relatively weak but in the ’90s if was a very respectable number. If you think about it, the 1UZ is basically a 4.0L version of Ford’s Coyote engine. Not only is the 1UZ reliable, it also makes decent power especially considering its only a 4.0L.

The Lexus SC is basically a nicer, more luxurious Toyota Supra. But, unlike the Supra, you have multiple engine choices. Plus, the SC is cheaper than an MK4 Supra. Even by today’s standards the SC300 is a nice car, and with prices so low, now is the time to get one for yourself! As I mentioned above, my personal SC was unreliable and ended up failing

SC300 vs SC400
So, you’ve decided that you definitely want one of these cars, understandable. But, now you’re stuck with a decision: SC300 or SC400? Considering both platforms are identical other than power-train, the SC300 is the better option. I know the 1UZ is an awesome engine, but the 2JZ is better especially on a budget. Coming from someone who owned a SC400, get a SC300 if you plan on getting an SC at all.