The pick up truck is America’s bread and butter. Used by farmers, construction workers, and millions of hard working men and women everywhere. But what happens when you want a sports car, but need a truck? American manufacturers, Chevrolet and Ford, tried to answer that question in the 90s. 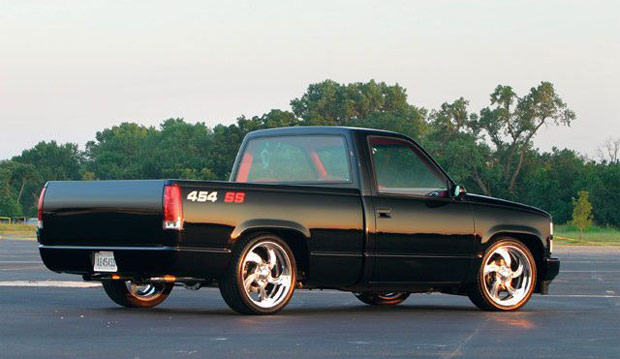 Chevrolet saw the gap in the pickup truck market. There was no “sporty” trucks at the time. So, they took the standard 1/2 ton single cab chassis, stuck the largest engine they had into it, and called it the 454SS. The “454” in “454SS” rather obviously stands for the 454 cubic inch (7.4L) engine they put into it.

You would think a 7.4L would put down at least 350 or 400 horsepower, especially since it was supposed to be a sporty truck. However, the 454ci put down a hilariously small 230 horsepower and 385 ft-lbs of torque. That is a lot of torque, but 230 horsepower is just pathetic by any standards.

The 454SS was only available in black, with a red interior, and GM only made 17,000 of them. So, yes they do have a collector value due to being rare, but serve no legitimate purpose in the real world. It’s low, heavy, loud, sucks up gas, and isn’t even that fast. Let’s be honest, its not very pretty either. 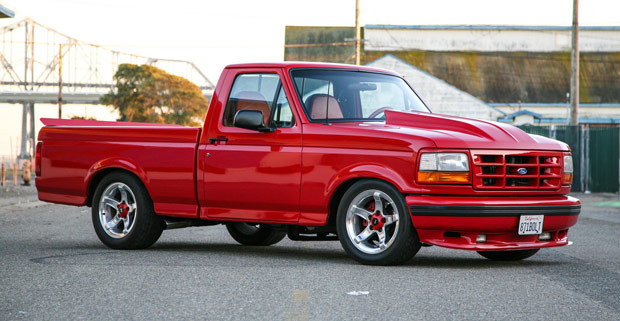 Ford answered back with the SVT Lightning, which was very similar to the 454SS. The Lightning was also a single cab, short bed truck, and could only be had that way. Ford had a slightly different recipe for their sport truck. They used the existing 351W (5.8L), but added GT-40 heads from the Mustang Cobra,and stronger pistons. The lightning put down 240 horsepower, and 340 ft-lbs of torque.

The SVT Lighting was only available in black, white, and red. Ford only produced 11,500 of the 1st gen lightning, making it even more rare than a 454SS. Later down the line Ford also produced the Harley Davidson edition, which was basically a 4-door Lightning 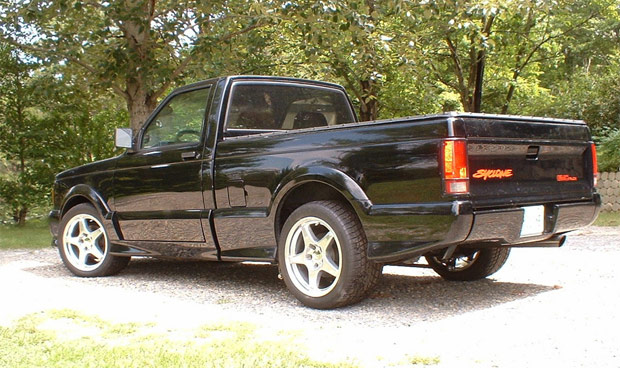 Out of all the sports trucks in the 90s I think the Syclone is the coolest. It was a light duty truck which meant it weighed less than the 454SS and Lightning. It was also very unique because its power plant was nothing like the other two. The Syclone used a single turbo 4.3L, which produced an impressive 280 horsepower and 350 lb-ft of torque.

The Syclone was also unique because it was all-wheel-drive, and had a 4-wheel ABS system which was a first ever for a pickup truck. Many automotive magazines at the time found the Syclone’s acceleration to be comparable to the Corvette, and even some Ferrari models.

Unfortunately the Syclone only lasted 2 years of production. Around 3,000 Syclones were produced, with only a few being a color other than black. Out of all the sports trucks the Syclone was definitely the fastest, and most innovative with its AWD system and advanced ABS system.

All of these trucks are very interesting in concept, but just don’t work in the real word. The chassis of the pickup truck was never designed to handle well, so sticking a powerful-ish engine under the hood really just makes the problem worse. Dodge later attempted the same with their SRT-10 Ram, but that also ultimately failed.

It’s clear that off-road style trucks are much more appealing to the public. Ford’s Raptor has been a massive success since it was released in 2009. It has become clear that sport trucks will never really catch on in the automotive world.

Let me know what you think of sports trucks down in the comments below!