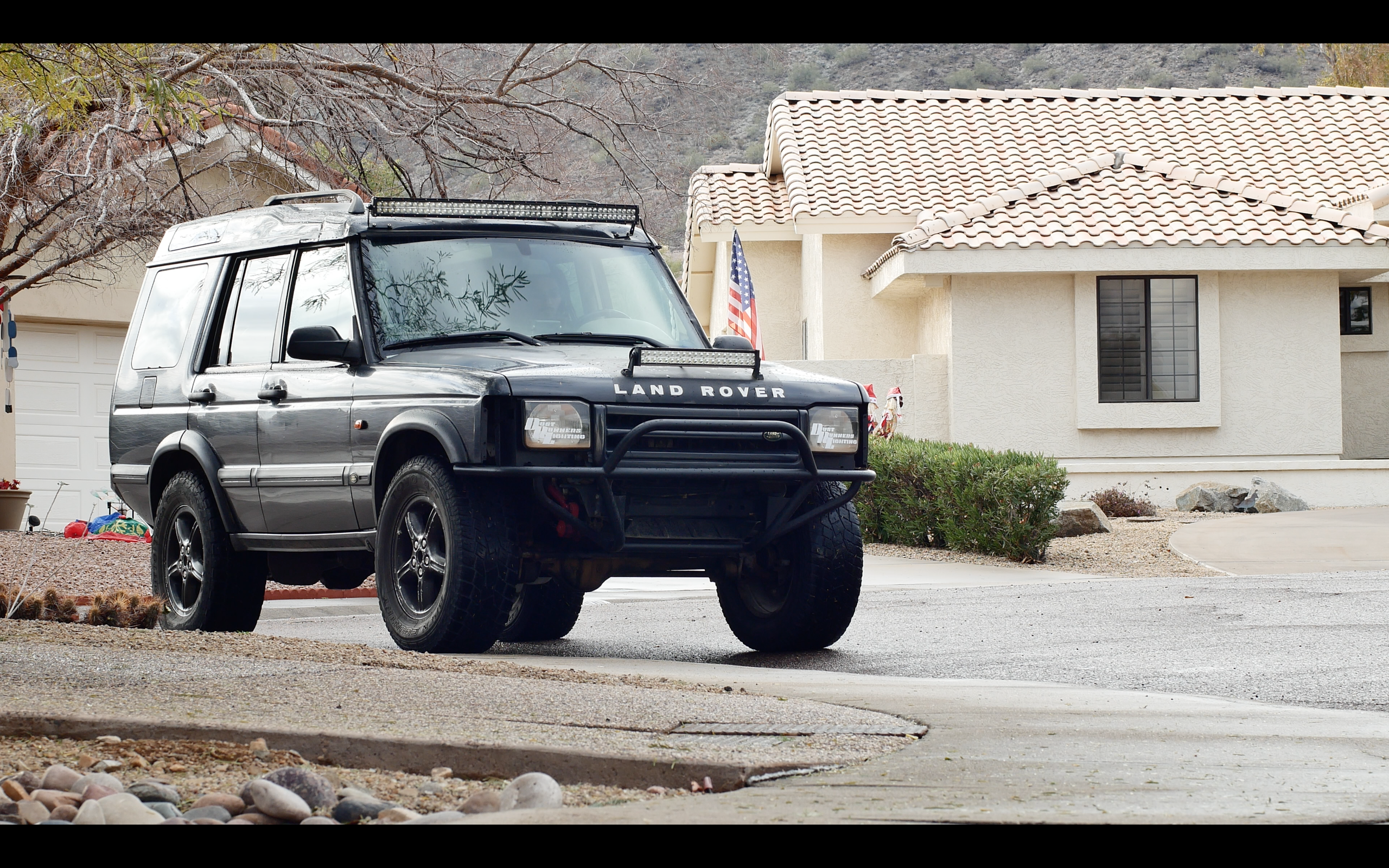 The Land Rover brand is know around the world for their accomplishments in the off road adventure vehicle market. In recent years the company has almost entirely abandon their Focus on off-road capabilities to move towards a luxury land boat kind of play. The Land Rover Discovery was the last of the great adventure capable vehicles with sold axles front and rear, along with a heavy duty ladder frame construction.

The Discovery has to be one of the most understated off road worthy vehicles out there. This is partially because of how harmless they look in a stock configuration. While land rover did an amazing job covering up the brute like features of this SUV, I personally like these vehicles much more with out the van like front bumper that covers all the interesting drive line components. With the removal of the front bumper the discovery becomes an even better beast suitable for almost any climate and environment.

Sporty Driving on and off road

While most solid axle vehicles drive like boats with bad attitudes, the discovery feels more like a 6400lbs go-kart that will go anywhere given the time. This is in part because of a few key features like the massive 3ft radius arm style geometry. The radius arms, coupled with a linear action watts link set up in the back, let the rover glide over terrain at respectable speeds. Along with a well designed stock suspension geometry, Land Rover was the first to integrate an active torsion/roll bar that almost eliminates body roll entirely. This not only gives the Land Rover its sport car like steering response, but also means that the torsion bars can be turned off at low speeds to allow more articulation when crawling the rock gardens. To give better performance from the suspension the Discovery was also one of the first SUVs to have air suspension fitted to the rear. While the air system made for a nice ride, the reliability factor goes out the window. Most Rover owners will end up switching to an after market spring and shock set up such as Old Man Emu sport shocks to eliminate the chances of the air ride going out. 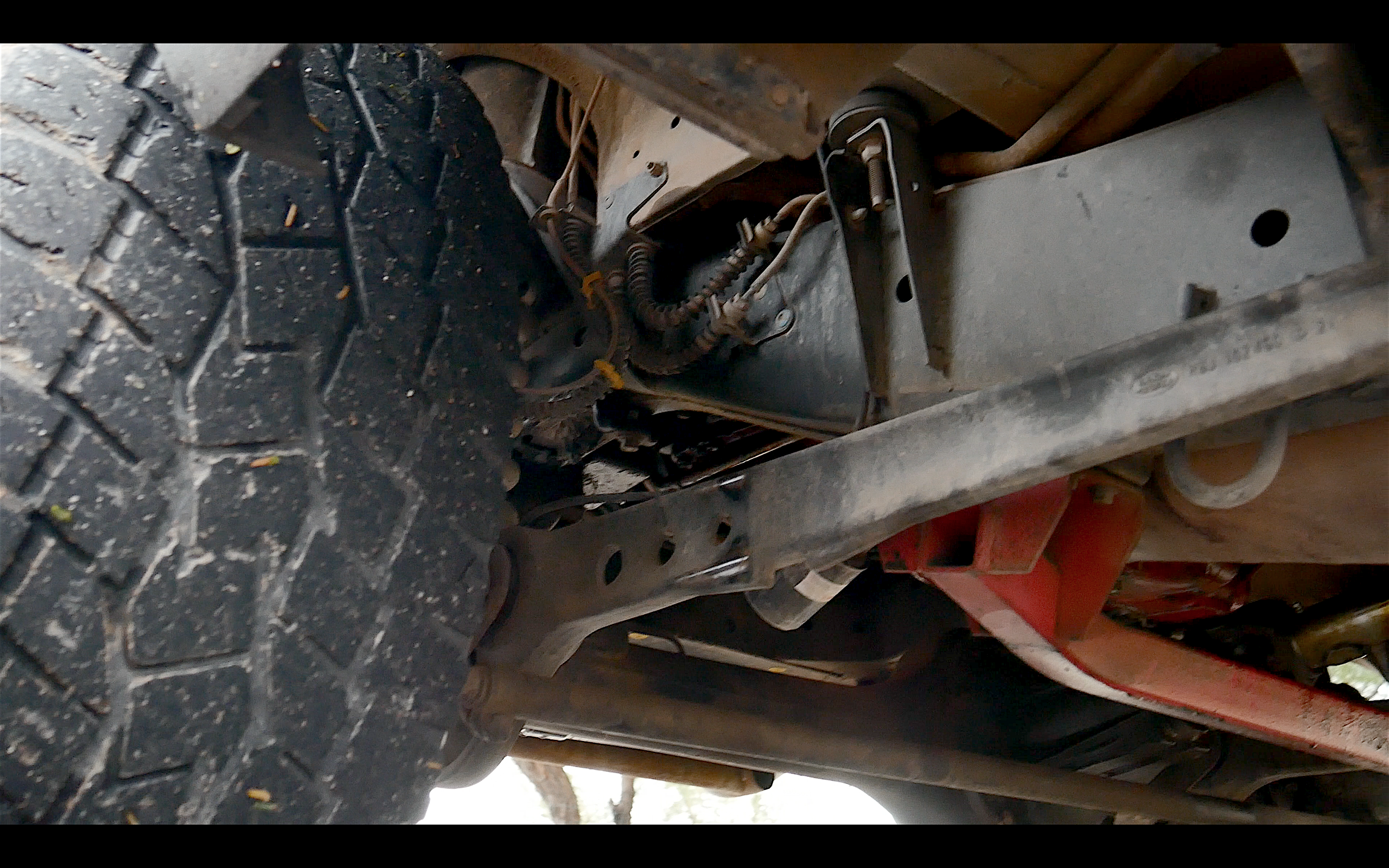 After a day of adventure off road it’s always nice to know that the Land Rover will take me back home in comfort and luxury. With seating for up to 7, with the additional two jumper seats in the back, the discovery is surprisingly spacious for how small of a wheel base it has. For creature comforts there is dual climate control up front with heat and A/C in the back along with two nicely placed sun roofs for ventilation. All the extra windows really bring in the light from the surrounding environment and give a much more immersive feel when driving in scenic locations. For a car designed back in the 90’s the Discovery has quite a lot of electronic gismos that do too many things to even explain, but some of the most notable are the Four wheel ABS and TCS, heated seats, heated front and rear windshield, home link RF, intelligent electronic gear box, and many other fancy buttons play with as you prowl the lands.

Where Land Rover missed their mark

The land rover discovery has to be one of my favorite vehicles however there is still plenty of room for improvement. One of my biggest gripes with this vehicle is the engine. With a natural aspirated 4.0l with making a mere 188HP and 250 Ft/lbs, You won’t be going anywhere in a hurry. The later 4.6l gave the Discovery a little more push but not enough to really move this 6400lbs beast faster then lame donkey. What’s even more unfortunate is that all rover engines were plagued with a similar problem of overheating. The cooling systems on these trucks are very temperamental and without the proper upkeep don’t provide sufficient cooling. Once the land rover engine overheats there is no going back. The sleeves in the engine Will break apart from the block causing slipped sleeves syndrome or even more common the head gaskets Will be destroyed. Along with being painfully slow in a strait line the discovery suffers from a couple reliability issues with the drive line. One of the most common and dangerous of the drive line issues is the front drive shaft exploding. As the grease and bearings age in the unserviceable double cardan drive shaft it will eventual fail, hurling drive line shrapnel into just about everything underneath the front of the vehicle. This usually results in a massive hole in the transmission and thousands of dollars in repair bills. Most knowledgeable rover owners will either replace or upgrade the drive shaft to prevent the catastrophic failure.

We refer to the Dust Runners rover as The Panther because of its handling characteristics and stylings. The panther has been through some of the most trying conditions and I have to say, it’s held up pretty well over the years. Just like most peoples vehicles, it’s a work in progress and over the next year it will be going through many changes. Some time last year we took the rover up to Payson Arizona for a little fun in the mud and this video was the result of said adventure.

About Kristoffer Smith 2 Articles
Im a self taught pirate ninja with an extensive technical background in engineering, automotive, and computer science. Along with technical work I’m also an elite level Parkour and freerunning athlete who isn’t too bad with a camera