A new, mysterious electric car company is going to be building a billion dollar factory to produce their cars. They’re also wrangling the best of the best in the automotive world to join their team. But, no one knows who they are. The company is called “Faraday Future”, and its been operating out of an old Nissan facility in California.

Faraday Future currently has about 400 employees under their belt, and is hiring 10 new members every week. Their employees fields of skill vary, but they all have one thing in common. Almost all of their employees are the top of their respective field. Many of them have experience with companies like; Ford, GM, Volvo, Facebook, Google, and Tesla. Their list of employees includes; former vehicle/chassis engineer for Tesla, head designer of the BMW i8, Ferrari interior designer, and a battery specialist from Space X.

The former vehicle/chassis engineer for Tesla that I just mentioned has been deemed the “Senior Vice President” of Faraday Future. He told reporters that Faraday would launch an all electric car in 2017 that would rival the Model S. We expect them to release quite an epic vehicle since Tesla is in a market almost entirely by themselves right now.

Faraday Future is currently looking for a suitable location to build their billion dollar manufacturing plant. California, Nevada, Georgia, and Louisiana are some of their current ideal locations, but nothing is set in stone just yet.

The only piece of information that they have released about this new car, is that it will have a battery that has about 15% more capacity than the current Tesla batteries. Doing some math will tell you that they’re aiming for 310+ miles of range. They’ve also recently said that they have plans to explore other industries, and autonomous driving.

Heres a rough rendering of their new vehicle. 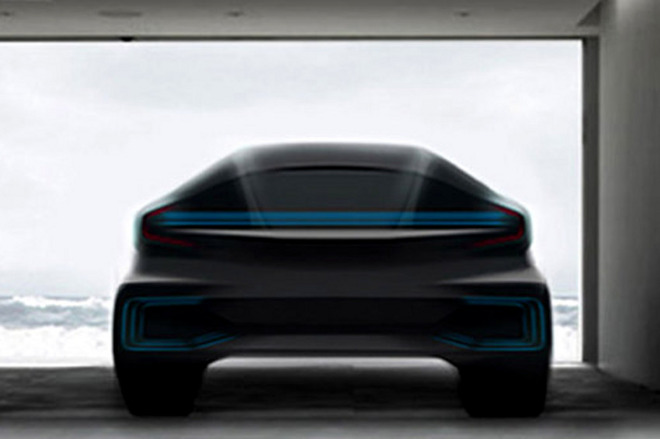 This is pretty ambitious of them considering they have no product, no publicly announced CEO, and an extremely small team of 400-500 employee’s. But they claim to have begun purchasing components and connecting with suppliers for these parts.

Faraday Future has yet to announce who its CEO is, and this is seriously intriguing part about this company. Especially now that they’ve secured the funds for a billion dollar factory. When Wall Street Journal asked them how’d they get billions of dollars in such a short amount of time, they replied: “We are keeping all of our partners confidential for now”

One of the biggest rumors floating around about Faraday Future, is that it’s actually Apple. Apple has said that they want to build a car, and in typical Apple fashion they hide everything until the last second. This theory also explains how they got billions of dollars of funding in a short amount of time, and without anyone knows where the money actually came from. This also explains the lack of a known CEO, if it was an Apple executive than everyone would know right away.

Elon Musk recently complained that Apple was stealing a lot of his employees, which also aligns the fact that a lot of Faraday Future’s employees came from Tesla. Regardless of how they received they’re funding, and who their CEO is, Tesla will finally have a worthy electric car competitor.