One of the greatest and longest on-going debates is the Jeep vs Toyota debate. Off-road guys and gals all around the world have an opinion on this topic. Toyota fans hate Jeeps fans, and Jeep fans seem to hate Toyota fans. Jeeps people swear by Jeeps, and Toyota people swear by Toyota’s. There might not be a right or wrong answer to this debate, but lets go ahead and compare Jeep vs Toyota.

This part of the debate is kind of awkward. Because Toyota’s are cheap vehicles and as such have cheap interiors, and Jeep’s are also cheap, with cheap interiors. So regardless of which one you think is better, they both kind of suck. 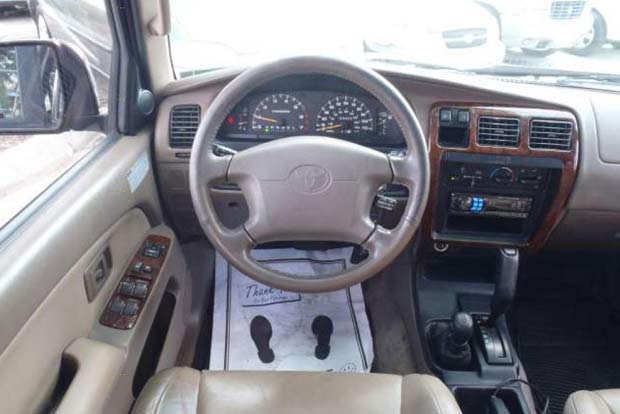 Features of Toyota and Jeep interiors are fairly basic. You can get power everything, but base models are mostly manual everything, unless you’re talking about Land Cruisers, which are better off being compared to a Land Rover and not a Jeep. Both have a cloth interior on most models with an optional leather interior on higher up models. 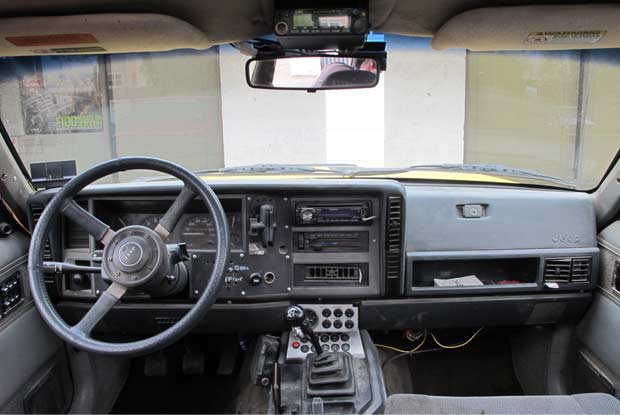 Quite honestly the interior on both old and new Jeeps and Toyota’s aren’t really something to bring up. They’re both fairly basic, even in 2016 they have fairly similar interiors.

This is one the single most important factors for most people. Reliability is generally the deciding factor for people who are looking for used cars, and even new cars. You might think that both Jeep and Toyota are fairly reliable. But that is not the case at all.

As a big Jeep fan it pains me to see this chart, but the numbers don’t lie. According to these numbers, the Jeep brand is amongst the most unreliable automotive brands in the US. Toyota on the other hand is pretty high up on the list of brand reliability. That list covers 2014+ models of Jeep and Toyota. But what about the older models? 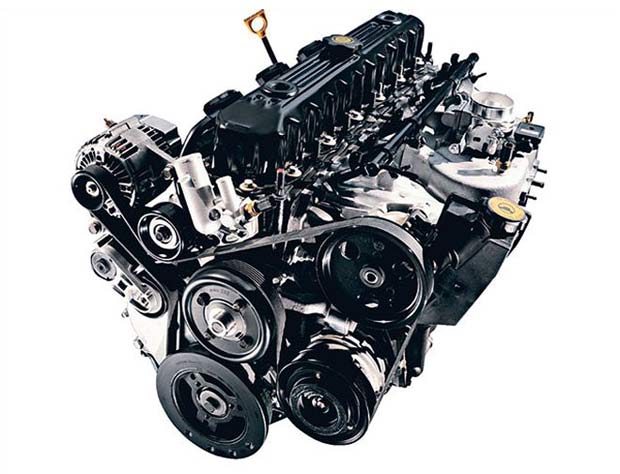 Like i’ve mentioned in countless other articles, the Jeep 4.0L is known as one of the single most reliable engines ever built. It was built by AMC, and it was used in tractors, boats, and Jeeps. It does having cooling issues if you live in some place hot like I do in Arizona, but other than that its a stupidly strong little engine. 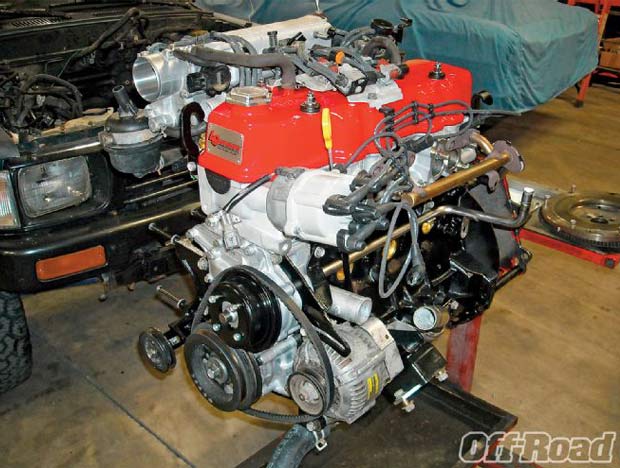 Toyota SUV engine’s from the same time frame as the 4.0L Jeep include the 22re, 3.0L, and 3.4L. The 22re is a well known little engine, it doesn’t make much power but it never dies. Its arguable more reliable than the Jeep 4.0L. The 3.0L on the other hand is known for blowing up every 100k miles. By blowing up I mean over heating and killing the head gaskets. The 3.4L is much more reliable than the 3.0L, but doesn’t compare to the 22re or the Jeep 4.0L.

Like i’ve mentioned in other articles, comparing vehicles off-road can be kind of difficult. This is because its not based on numbers like typical performance data. Yes there are numbers like ground clearance, but its not one single number that determines whether or not a vehicle is good off-road. Things like articulation, wheel base (length), wheel track (width), approach and departure angles, height, and various other little things can make a vehicle handle drastically different. But most importantly, driver experience will make a vehicle amazing or make it awful.

RELATED: Hummer vs Jeep: Which One is Actually Better? 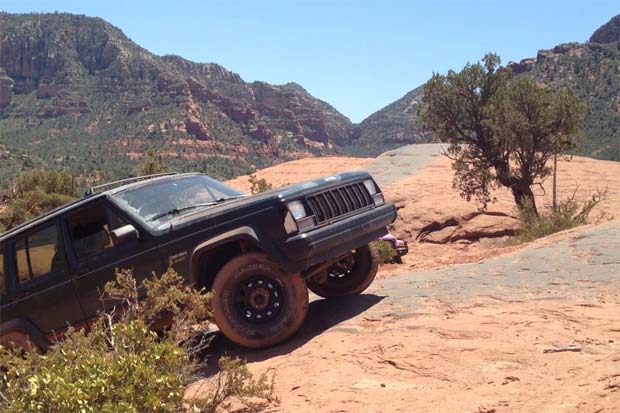 Luckily, both Toyota and Jeep share a similar 4WD system. Unlike Land Rover’s both of these are true 4WD, and not AWD. 4WD locks the front and rear axle together at a 50/50 power distribution when the vehicle is put into 4WD. This means you’ll get consistent handling, especially when climbing hills or difficult obstacles. 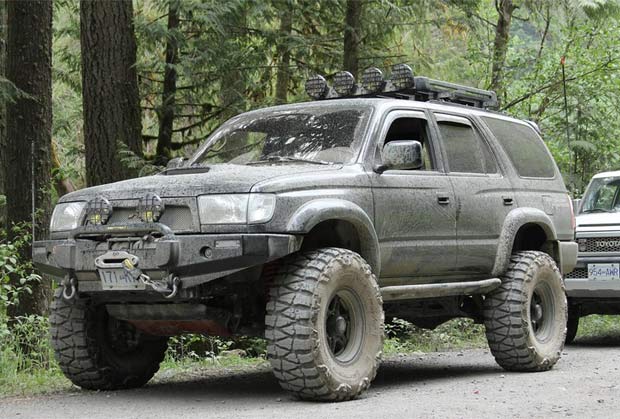 Unfortunately, Toyota’s use independent suspension up front, which severely limits articulation. Don’t get me wrong, i’ve seen some really flexy IFS trucks, but nothing compared to a solid axle, which Jeep’s have. Many Toyota owners do a solid axle swap, but honestly I’m kind of jealous of Toyota’s IFS. It might not be that great off-road, but it doesn’t death wobble, and it handles way nicer on the road.

So, unless you’re doing some sort of rock crawling, you can probably get anywhere a Jeep can in a Toyota. Thats not guaranteed because I’ve seen plenty of Toyota’s get stuck in places where my Jeep didn’t even have to try, but that may just be driver error for the Toyota.

Price is one of the most important factors when picking out a vehicles. We must stay within our allotted budget. Plus any money you save can be put into modifications. Prices vary a lot based on location, condition, milage, and modifications. 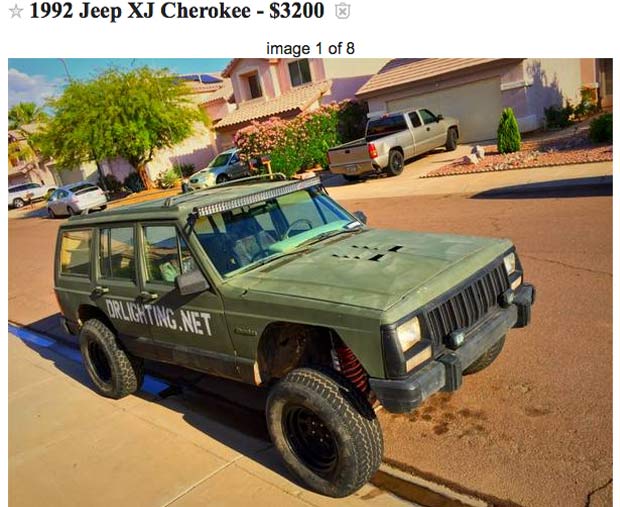 I can tell you from lots of experience that XJ Cherokee’s range from $1,500-$2,500 for a good stock one, all the way up to $6k for a good built one. Most XJ’s fall somewhere in the middle, not stock, but not built. My personal XJ cost $1,000, it was stock and had a fair share of issues, which isn’t a problem for me personally. 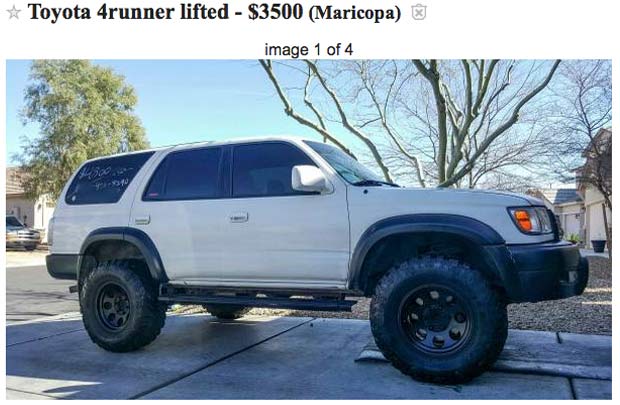 I have never purchased a Toyota, and I only have a few friends who own Toyota’s, but from what i’ve found on Craigslist, 4runners range from $1,700 to $3,000 for a good stock one. Built 4runners go as high as $7k. So the prices are only marginally higher than an XJ Cherokee.

Assuming you’re an off-road enthusiast, these are the models that you are probably interested in. Thus far we’ve mostly talked about the older Toyota’s like the 2nd and 3rd gen 4runner, and older Jeep’s like the XJ Cherokee. Like I mentioned before, both are pretty bare bones when it comes to the interior.

RELATED: Wrangler vs Cherokee: Which Jeep is The Best? 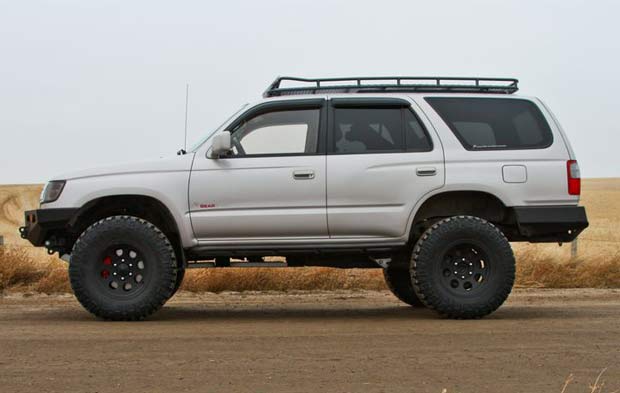 The biggest difference between older Toyota’s and older Jeep’s is the suspension design and the reliability of the engine. Like I mentioned before, the older 4runner’s 3.0L is pretty crappy engine. It constantly blows head gaskets and over heats. The Jeep 4.0L is a little temperamental with cooling, but it is one of the most reliable production engines ever made. 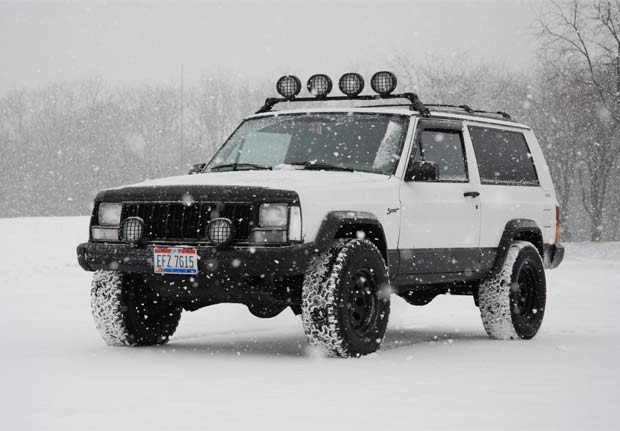 As I die hard Jeep guy, this is where things kind of start to change for me, and the Jeep vs Toyota debate as a whole. Newer vehicles are coming with all sorts of fancy traction control system and things like “crawl control”. To put it simply, the playing field has leveled out, no longer are stock Jeep’s way better than stock Toyota’s. Jeep’s are still better, but only marginally so, unless you’re talking about the Rubicon model.

I’ve got to give it to Toyota, they’ve really stepped up their game in the off-road industry the past few years. The all new Tacoma is loaded with off-road features such as “Crawl Control” which is essentially hill accent control combined with an advanced traction control system. The result? Being able to easily get out of hairy situations. 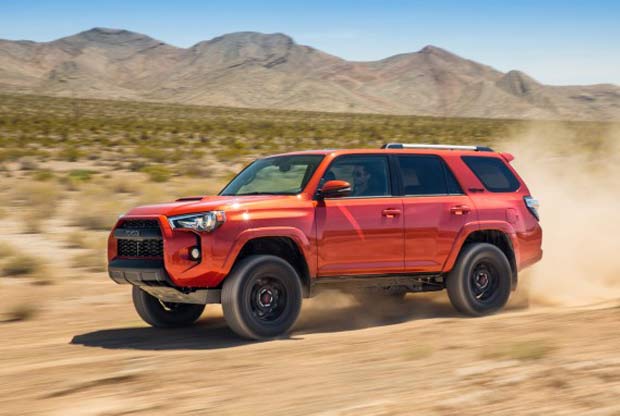 The model year before the 2016 Tacoma also received the TRD Pro edition. The first time I saw a TRD Pro was the first time I actually thought about owning a Toyota for off-roading. The TRD Pro can be had on the Tundra, Tacoma, and 4runner. Its a factory package that includes larger tires and slight lift with Bilstein suspension.

As I mentioned before, both Toyota and Jeep still have pretty basic interior’s. Both are filled with fairly cheap plastics, decent leather, and a fancy touch screen info/entertainment system.

RELATED: Why Are Jeeps so Ridiculously Expensive?

Luckily for Toyota, newer Jeep’s are as unreliable as Land Rover’s, so Toyota defiantly takes the crown when it comes to newer vehicles. I would still personally prefer a Wrangler, but I really want a TRD Pro Tacoma one day.

Like I said in the beginning of this article, there isn’t really a right or wrong answer when it comes to the Jeep vs Toyota debate. Both are pretty competent little off-road SUVs. The Toyota is a better daily driver with its IFS, but is a little lacking off-road because of it. The Jeep is better off-road but its solid front axle can make on road handling a little scary sometimes.

Either way, they’re both great little SUVs. If you want to get really serious about off-roading get a Jeep. If you want to daily drive and occasionally go on some trails, get a 4runner.