Remember back in the early 2000s when body kits and big wings were popular on Japanese imports? It was an odd time for the car scene, and now a similar style is affecting the Jeep scene. More than anything, however, it is affecting the 4-door Jeep Wrangler. Let’s take a look at how this strange style emerged.

How The Problem Started

Personally, I think this whole problem started when Jeep released the 4-Door Wrangler. This meant that it was viable to use a Jeep as your daily driver. This lead to more Jeeps being used for grocery getting, soccer mom duties, and commuting for work. On top of all that, the high price of a Rubicon 4-door meant that it became somewhat of a status symbol. If you don’t believe me, go to Scottsdale, AZ. There are more lifted and tricked out Rubicons being used as daily drivers than Range Rovers.

Any high-end dealership in Scottsdale is full of “built” Rubicons with 20×12 or 22×14 wheels and far too many light bars for upwards of $100k. People are buying them for the sole purpose of looking like they have a lot of money, even if they don’t. This problem just keeps compounding with all the companies that are adding fuel to this fire.

Adding Fuel to the Fire

The massive Chinese light bar market explosion just added fuel to the fire. Instead of spending money on a quality light bar that actually has a good light beam and light output, you can just buy one for $100 stick it on your $60k Rubicon. I am personally guilty of fueling the Chinese light bar market, as I used to resell them on Craigslist for a hefty profit. But, on my personal Jeeps, I would always use the highest quality light bar that I could afford. 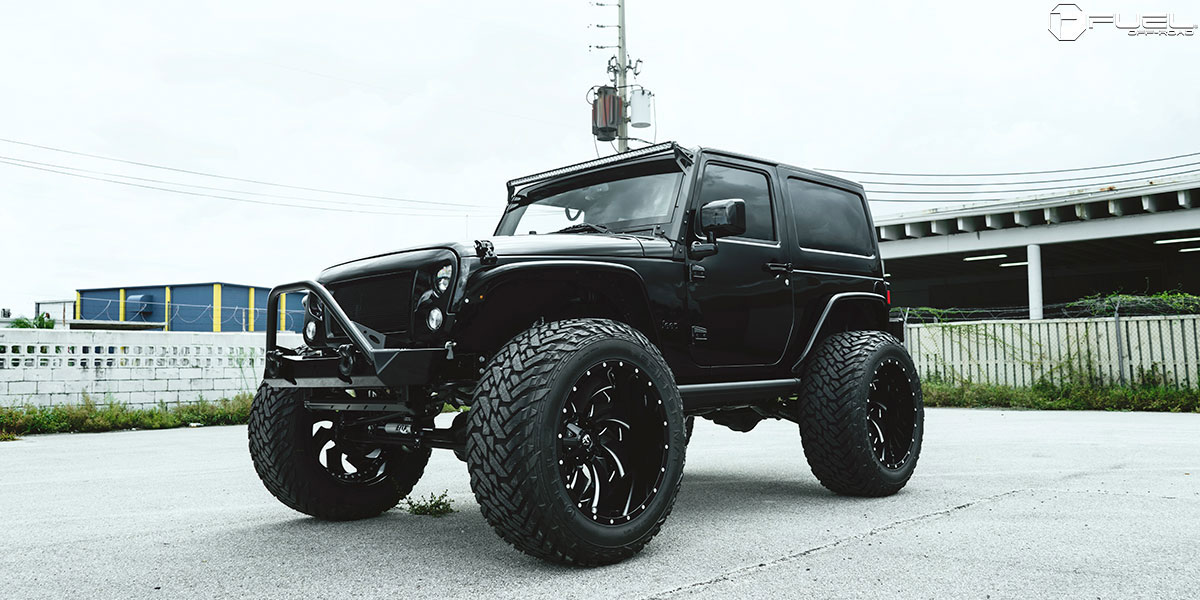 Then the increase in popularity of 20×12 wheels added even more fuel to the fire. All the coolest trucks and Jeeps were running 20×12 wheels, and now they’re all running 22×14 wheels. It seems like half the Jeeps I see in Scottsdale have 20×12 wheels on 35” tires. Many Jeeps built for SEMA run 20×12 and 22×14 wheels, which is further setting the trend of big wheel with a small and stretched tire.

All of these things combined has created a new segment in the Jeep scene. Short arm lifts with 22×14 wheels on stretched 35” tires with tons of low quality light bars is somehow becoming the coolest thing to do. What happened to actually taking your Jeep on the dirt? What happened to the entire concept of owning a Jeep?

This new trend in Jeeps is comparable to the ricer trend in the early 2000s. This trend is all about looking really cool, but functionality takes a back seat. Form over function is a really bad trend that has plagued nearly every part of the automotive industry at some point or another, but it’s destroying the Jeep scene.

I understand the whole “respect their build” concept. But, there are a few things in the automotive industry that really need to die off. I’m certain that in the near future people will begin to realize how incredibly silly it is to do all these exterior modifications before they even begin to search for quality suspension components and/or lockers.