This week at the consumer electronic show (CES), Nvidia released details on a supper computer that finally gives auto manufactures the processing power to truly understand the the road. The Nvidia PX 2 is a game changing graphics card that has been designed specifically deal with the massive amounts of data and computing power for self driving vehicles. Capable of processing over 2 trillion float point operations per second, Nvidia says, the Drive PX has the equivalent processing power of 150 Mac Book Pro computers. The Nvidia Drive PX produces enough heat wear liquid cooling has been implemented to keep the processor running at a useable temperature. 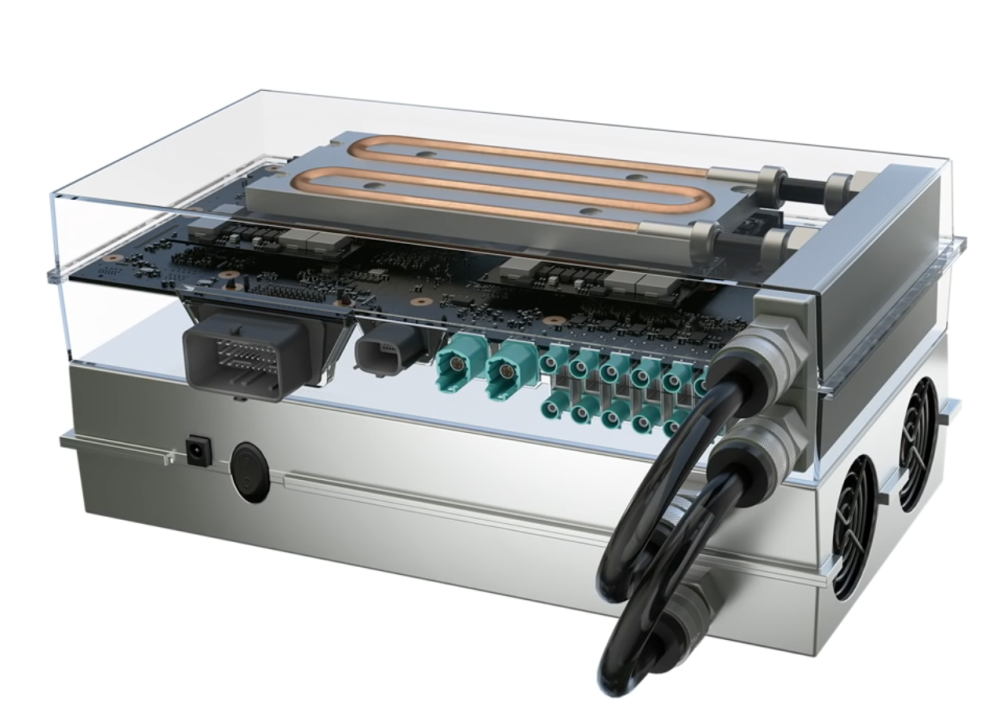 Driving is dangerous and claims countless lives every year. The biggest danger when driving in the modern day is human error. Human beings are unpredictable by nature and we don’t have infinite attention spans. Drive PX two takes away the human error from driving. With highly intelligible supercomputers guiding vehicles through streets, we can make transit faster, more efficient, and even safer for everyone. The push for self driving cars has never been as high as it is today with companies like Volvo and Tesla already producing vehicles with assisted driving features, and big data companies such as google putting millions into research and development of artificial intelligence for autonomous vehicles. 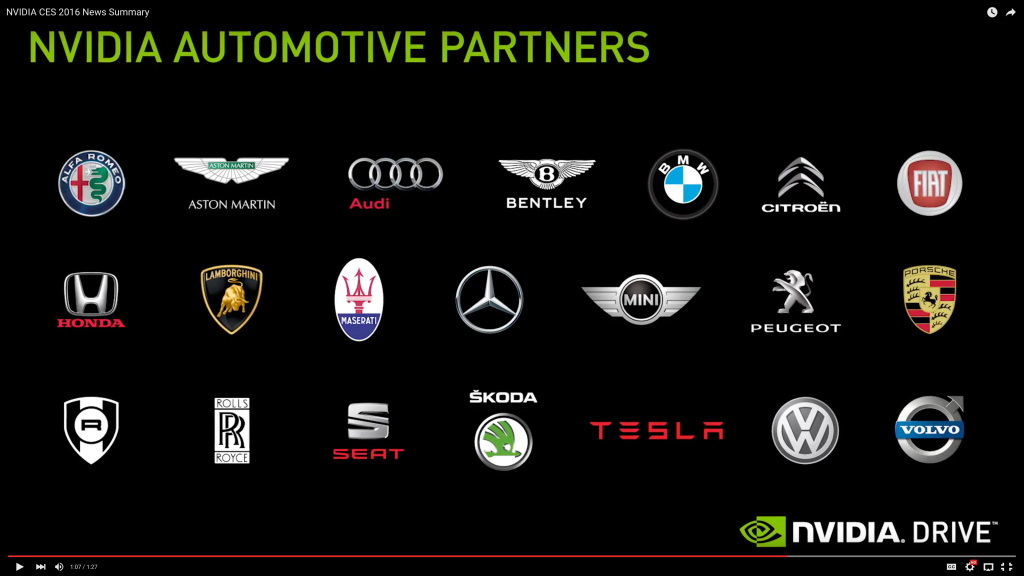 One of the biggest walls to conquer in the self driving car industry is, developing a system that is not only able to guide the car through everyday street conditions, but also develop a system that can understand not so common conditions such as debris in the road, emergency vehicles, city or school busses,  or other hazards to drivers. Because there are almost an infinite amount of hazards that could be on the road for driver, Nvidia and partners are developing a system that learns on his own. The learning process as of right now still takes a couple months of big data input into the system, but engineers are working out how to expedite the process.

While the thought of a self driving car is cool and all Im actually more interested in all of the other advancements that will come with systems like these. With intelligent cars that understand the world around them, the response rate for emergency vehicles becomes almost instantaneous. Because we have vehicles on the ground mapping out every Square inch of public roadways we also have detailed maps for aerial drones and other Aircraft to fly with pin point accuracy. Drone could possibly be used even more interesting tasks such as patrolling the streets for criminal activity.  We could live in an entirely connected system that builds maintains and looks after itself all the while bringing transportation into the 21st century. While there is still much work that needs to be done in the coming years I am confident that we will be seeing a lot more machines driving their squishy master around in the near future.

About Kristoffer Smith 2 Articles
Im a self taught pirate ninja with an extensive technical background in engineering, automotive, and computer science. Along with technical work I’m also an elite level Parkour and freerunning athlete who isn’t too bad with a camera