Assuming you don’t live under a rock, you’ve probably noticed that there is a massive selection of pickup trucks in America. Most small pickups (Ranger, Tacoma, Colorado, etc.) have gone from being tiny to practically being full sized pickup trucks. The increase in size has forced the whole category of small trucks into the “mid-size” truck market.

If you’re in the market for a new or used truck and like Toyota trucks, then you have two options. Although Toyota is a Japanese brand, the Tacoma and Tundra are both surprisingly American. Picking between the two trucks can be tough, especially if you’re a buyer who doesn’t actually a need truck, rather just wants a truck. Regardless of why you want or need a truck, we put together this simple comparison to help you decide which one is better for you.

What Makes the Tacoma Special?

As you probably know, the Tacoma has been around for a long time. Technically, it has only been around since 1995, before that it was just called a Toyota Pick-Up. Over the years the Tacoma has evolved from a tiny light duty pickup truck, to a medium duty, mid-sized pickup. The increase in size has brought increased functionality but also increased price. 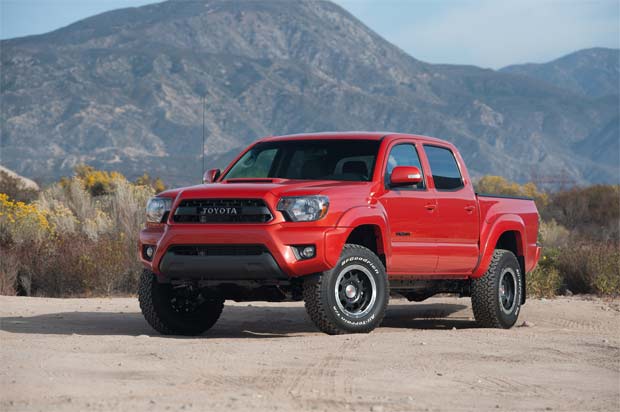 The most drastic change came in 2005 when Toyota launched the 2nd generation Tacoma. The 2nd gen was significantly larger than the out-going model, but it was an instant success. It seems like anywhere you go, a 4-door Tacoma will be nearby. For many automotive repair shops, the Tacoma is the perfect shop truck. You can throw whatever you need in the bed and get to your destination without going through a large amount of fuel.

The Tacoma really made its mark on the light duty and medium duty pickup truck market. With the TRD Pro model, Toyota carved out their own off-road focused mid-size truck niche. It was until recently that a decent competitor, the Colorado ZR2, came along. Ford has returned to the mid-size truck market with the new Ranger, but as of right now they will not bring the Ranger Raptor to the US, leaving the TRD Pro and ZR2 in their own market.

What Makes the Tundra Special?

The Toyota Tundra was the replacement for the Toyota T100. The T100 was essentially the Tundra before it was called the Tundra. The T100 was smaller than all of its competitors and wasn’t that large of a success, but it helped Toyota get a foot in the door for the modern truck market. The Tundra is not the truck of choice for most shops and businesses because of its sheer size. 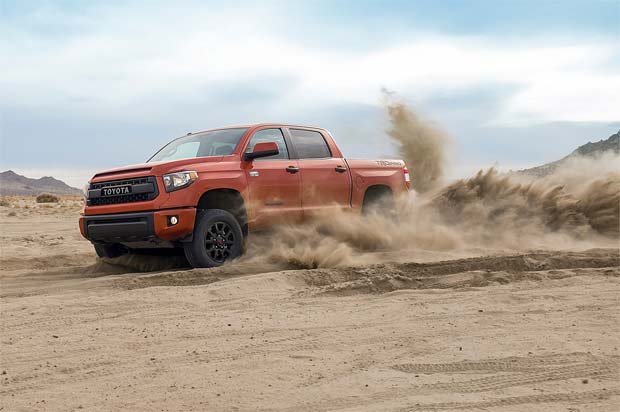 RELATED: Toyota Tacoma vs 4Runner: Which One is Best For You?

Want to know why it’s called the Tundra? When Toyota launched their new pickup truck, they initially named it the T150. They designed the T150 as a slightly beefed up version of the T100. Automotive journalists complained that it was too similar to the name of Ford’s truck, the F150. Following a lawsuit from Ford, Toyota renamed the truck to the Tundra. In today‘s market, the Tundra is one of America’s most popular full sized pickup trucks. Which is surprising considering how competitive the full-sized pickup truck market is.

Drivetrain is one of the more important factors when comes to pickup trucks. It’s what determines how well they can tow, how much they can tow, and how much pay load they can carry. Plus, who likes driving a slow truck? If the engine doesn’t make a lot of horsepower or torque, then it can only lug around so much extra weight. Same goes with the transmission, if it’s not built for heavy payloads, then it will probably have cooling problems if you put too much stress on it.

In both generations of the Toyota Tundra, both a V6 and a V8 were available. Luckily most of them came with a V8, which means towing is a breeze. Most models equipped with the V6 are used as cheap work trucks, which don‘t do any heavy work. Both the V6 and the V8 had an option for a factory super charger, which jumps horsepower and torque up a massive amount. 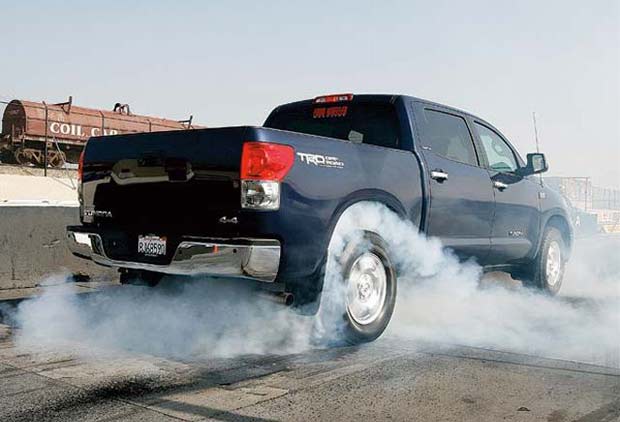 Both generations of the Toyota Tacoma came with either an inline-4, or a V6. The older models typically have an inline-4, whereas newer models are equipped with the V6. Why is this? Since the Tacoma grew in size, it become more usable for heavy work, which requires a larger, and more powerful engine. The V6 upped the tow rating to 6,500 lbs, which is the weight of a one-ton pickup truck. So, most modern Tacoma’s ended up with the V6.

Bottom line is this: most Tacomas have a V6 and most modern Tundras have a V8. Obviously the V6 is less powerful than the V8, but it’s much more fuel efficient than the V8. The new 3.5L V6 is much more efficient than Toyota‘s old 4.0L V6, but it still doesn‘t compare to the V8. If you do a lot of towing or heavy work, the Tundra is definitely the better truck. If you plan on mostly commuting, the smaller and more efficient Tacoma is definitely a better choice.

Location, condition, milage, seller motivation, luck, and good bargaining skills will make the prices you find differ. The used market makes comparing trucks by price because of all these variables. If you‘re comparing them as new vehicles, variables such as trim, time of the year, and your negotiating skills come into play. Regardless of all these factors, the Tundra is the more expensive truck.

Prices for a brand new Tacoma and a brand new Tundra are somewhat consistent. At the time of writing, the 2016 Tacoma starts at $23,660 whereas the 2016 Tundra starts at $29,140. Understand that both trucks can pretty easily get into the $40k range with just some options added on. Those numbers show you that the Tacoma is about $5,500 cheaper than the Tundra for a base model. That’s a significant difference.

Oddly enough, many buyers completely overlook the quality of the interior when comparing trucks. Part of this is caused by internet comparisons like this one which don‘t let you experience the interior in person. If you‘re truly curious about the difference in interior quality, going to a dealer is the best option. We can only go so far with words and pictures, so make sure you check out the interior differences in person. You spend 99% of your time with the vehicle on the inside, so you want to make sure you‘re happy with it before committing to the purchase. 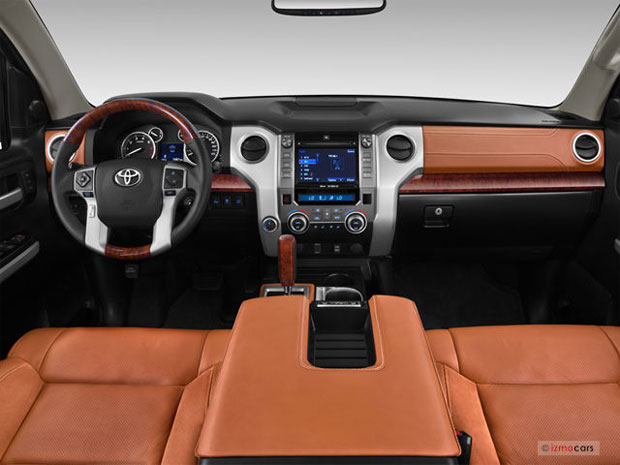 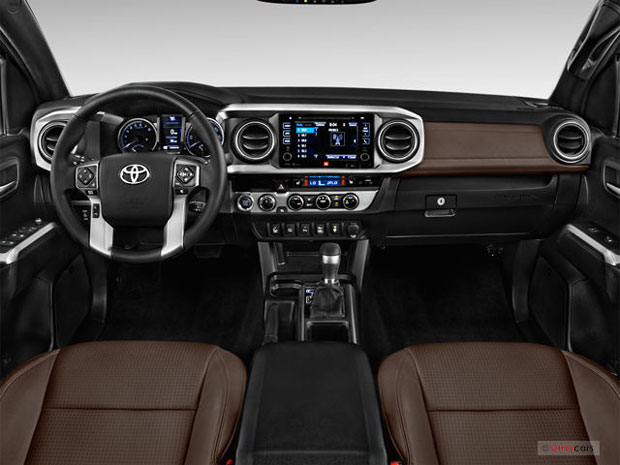 The Tacoma’s interior is significantly smaller than the Tundra’s interior, however it’s just as nice. Although space may be limited, the Tacoma received a massive update in 2016 with the new generation. Before the update the interior was a little bland and cheap feeling. The interior update has made the Tacoma feel thousands of dollars more expensive on the inside.

Neither trucks will feel like a Mercedes on the inside, and neither of them offer trims like Ford’s King Ranch or GMC’s Denali. If you want your truck loaded with luxury features, the competition offers what you‘re looking for. For most of us, the quality and features of Toyota’s truck are more than enough to satisfy.

Tacoma vs Tundra: What They’re Best For

Ask yourself, what do you need out of a pickup truck? Do you do a lot of manual labor and need to carry tools or equipment around? Do you tow a lot? Do you take dirt bikes or ATVs out to the desert? More than likely, you don’t need a pickup truck at all, but this is America and even 90-year-old ladies drive pickups, so you can too. But, if you do any of the things we’ve listed then you probably need a pickup.

If you’re towing less than 4,000 lbs, you can get away with just a Tacoma. But, if you’re ever towing 4,000 lbs or more you’ll want a Tundra. Why? The Tundra has a much larger, much more powerful V8 engine. The towing capacity of the Tundra is also much higher as Toyota designed it for heavy duty use. A diesel truck might be the better option for those who tow big trailers, in which case you must turn to the competition.

RELATED: Everything You Need to Know About Toyota’s 1UZ-FE V8 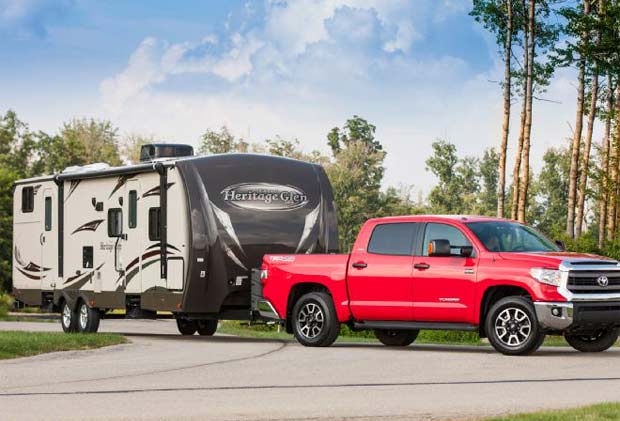 If you’re into off-roading or taking your dirt bikes/ATV’s out to the desert, then you’ll probably want a Tacoma. Tacoma’s are much smaller and can get farther into a trail before it becomes too difficult for the vehicle. Also, the Tacoma is much more fuel efficient, meaning more fuel for your dirt bikes! 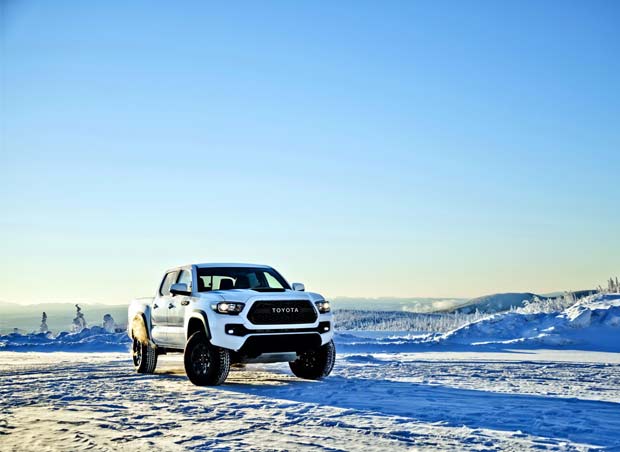 Last, if you don’t need a pickup, and just want to commute with one, get a Tacoma. They’re much more fuel efficient and you really don’t need a full-size pickup truck to commute to work every single day. Plus, smaller trucks are easier to park and maneuver.

Which Suits You Best?

As we mentioned before, chances are you don’t even need a pickup truck. But, if you do, then Toyota Tacoma or Tundra may be perfect for you. If you do a lot of commuting and little towing, get a Tacoma. If you do more towing and heavy hauling of any kind a Tundra. Both models are available in TRD Pro variants which offer off-road performance and great looks.