The Chevrolet Corvette. The pinnacle of American performance. For quite some time the Corvette has been in a league entirely on its own. The Ford GT is the nearest competition, but with the massive price gap its not really a fair comparison. The Corvette is one of the sports cars in the world, and is still extremely affordable (relatively speaking).

With two high performance models of the Corvette on the market, which one is best? The ZR1 is way more prestigious and sought after by young car enthusiasts, but is it really worth it? Let’s dive in and compare ZR1 vs Z06. For this comparison we will be looking at the C6 ZR1 and the C6 Z06 to keep it as fair as possible.

When Chevrolet dropped the Z06 in 2005 it was instantly loved by enthusiasts all over the world. The massive 7.0L LS7 engine was hand built in Kentucky, and produced a ridiculous 505 horsepower. Not only was high in horsepower, it was also really high in torque. 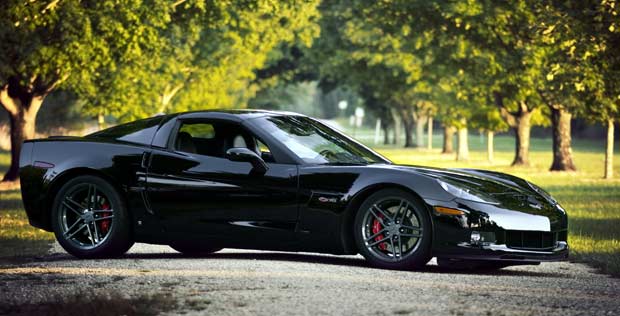 Not only did the Z06 have an incredible engine, it was also lightened up. An aluminum frame saved 136 lbs from the standard steel frame. The front fenders are made out of carbon fiber, and the body is fiberglass like all Corvettes. The Z06 was wider than the standard Corvette, which helped GM stuff massive sticky tires under it.

With the near instant success of the Z06, GM began developing a more insane Corvette shortly after. In 2006 a suspicious looking Z06 with manufacturer plates was spotted. It featured a large bulge on the hood confirmed the rumors that the new Corvette would have a supercharger. 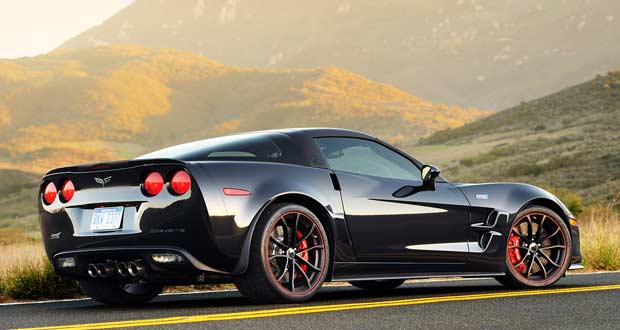 Funny enough many people thought the new Corvette would have an even larger displacement than the 7.0L Z06. The 6.2L super-charged LS9 that is equipped in the ZR1 produces an insane 638 horsepower. It also has a carbon fiber hood, roof, fender, front splitter, and rocker moldings. This made it even lighter than the Z06. The ZR1 had a massive amount of downforce which limits the top speed to 205mph.
More Corvette info on Wikipedia

The ZR1 and the Z06 are very similar in their exterior design. The ZR1’s fenders are slightly wider, and are carbon fiber in the front just like the Z06. The ZR1 has a few more aerodynamic pieces like the carbon finer front splitter and larger rear wing. The ZR1 also has a bulged hood with a polycarbonate window to show the plastic piece covering the supercharger. The ZR1 also has one inch taller rims (19″ front, 20″ rear).

RELATED: Here’s Why Chevy LS Engines Are So Good

Other than those things mentioned, the exterior of the ZR1 and the Z06 are identical.

If you’re a die hard car person, then this is the part you’ve been waiting for. Which one is better on paper? I know what you’re thinking, “The ZR1 has way better numbers”, and you’re right.
Here are the Z06’s performance numbers:

RELATED: LS1 vs LS2: Which One is Actually Better?

Here are the same numbers for the ZR1:

As you can tell from these numbers, the ZR1 is faster. This was a no brainer, and we all knew that it would be faster from the get-go. The funny thing is, it’s not that much faster for having way more horsepower. This is probably due to the limited traction, even with the Corvette’s massive rear tires.

Some performance things not mentioned above are brakes and suspension. The ZR1 has carbon ceramic brakes with 6-piston front, and 4-piston rear calipers. The ZR1 also has an extremely advanced magnetic ride control system, which transferred over to the C7 Z06.

Price is something that limits almost every car fanatic in the world. We just pick and choose what car we want. We must also pick and choose the modifications we can afford. The Z06 has a base price $76k. This is actually an extreme bargain for the insane amount of performance you get. The ZR1 has a base price $113k. This is still a bargain compared to other cars with this kind of performance, but not as much of a bargain as the Z06.

Is the ZR1 really worth the extra $37k? I say no. Here’s why: With $37k you can buy a camshaft and a supercharger. With those mods as well as a few others, you can make 800 horsepower pretty easily. With the money left over from those mods you can buy a big brake kit, wheels, and suspension. With all of these you’ll decimate any ZR1 on and off of the track.

RELATED: Chevy LS1 vs LS3: Which One is Better and Why?

If modifications aren’t your thing, than maybe the ZR1 is worth it to you. If you are into tinkering with your car than you probably already know that the Z06 is the choice for you.

Both the ZR1 and the Z06 are incredible bargains for the amount of performance you are getting. With the money you save getting a Z06, you can easily build it to beat out any ZR1. For that reason we are going to name the Z06 the victor of this comparison. Let me know what you think in the comments below!