A lot of car enthusiasts understand how terrific of a platform the BMW M3 F80 is. Initially released in 2014, this beast hides a potent power plant under its hood: the S55 engine, which can produce as much as 425hp and 406lb-ft of torque.

It also sports a stunning aesthetic appeal, thanks to its athletic and uniform design. There’s just so much potential for modification for this vehicle. No wonder many Bimmer fans love to modify it with aftermarket upgrades like intake systems.

There’s a couple of good reasons why enthusiasts like to get aftermarket intake systems on their BMW M3 F80. One is to replace the stock intake with a much more free-flowing one.

Another is because of the sound the aftermarket version creates, which is just plain eargasmic. Lastly, it adds to the aesthetic value of the engine bay, which is pretty nice to look at whenever you pop the hood.

If you’re in the market for some of BMW M3 F80’s best air intakes (and if you’ve done a bit of research), then you’d know that a lot of brands claim that their products are the best ones on the market.

However, based on the opinions of the M3 F80 owners and our own experiences, we know that there are only a selected few deserving of the title “The Best.”

That’s why we created a list of some of the best BMW M3 F80 intakes out there to help you identify what’s clearly the best from the rest. Check them out down below! 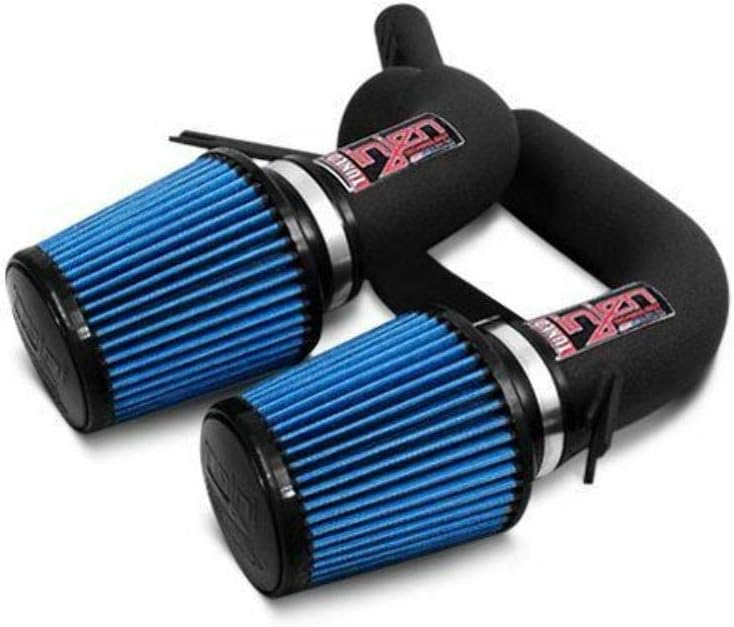 Injen Technology is one of the leading providers of high-quality aftermarket intake systems to date. Their SP Series cold air intakes, in particular, are one of the most sought after.

Luckily for you, they have one for the BMW M3 F80. This intake is imbued with some of Injen’s patented innovations, like MegaRam Technology and AirFusion.

Without any hint of doubt, we think that the Injen SP Short Ram Air Intake System Can give you the performance boost you’ve always wanted for your car.

The heart and soul of this cold air intake system lie in its 6061-T6 aluminum intake tube, which provides a smooth path for the air to flow into. The way this intake looks is pretty decent too. On top of that, Injen made this intake system in such a way that your car’s air-fuel ratios won’t be messed up.

A fully serviceable SuperNanoWeb dry air filter also helps this intake system achieve a clean and laminar flow for the air. This particular air filter has an increased surface area to ensure as much air flowing into the engine as possible.

What’s more, this intake system produces an aggressive and throaty sound too, which is a perfect sound of victory whenever you gap someone on the road. 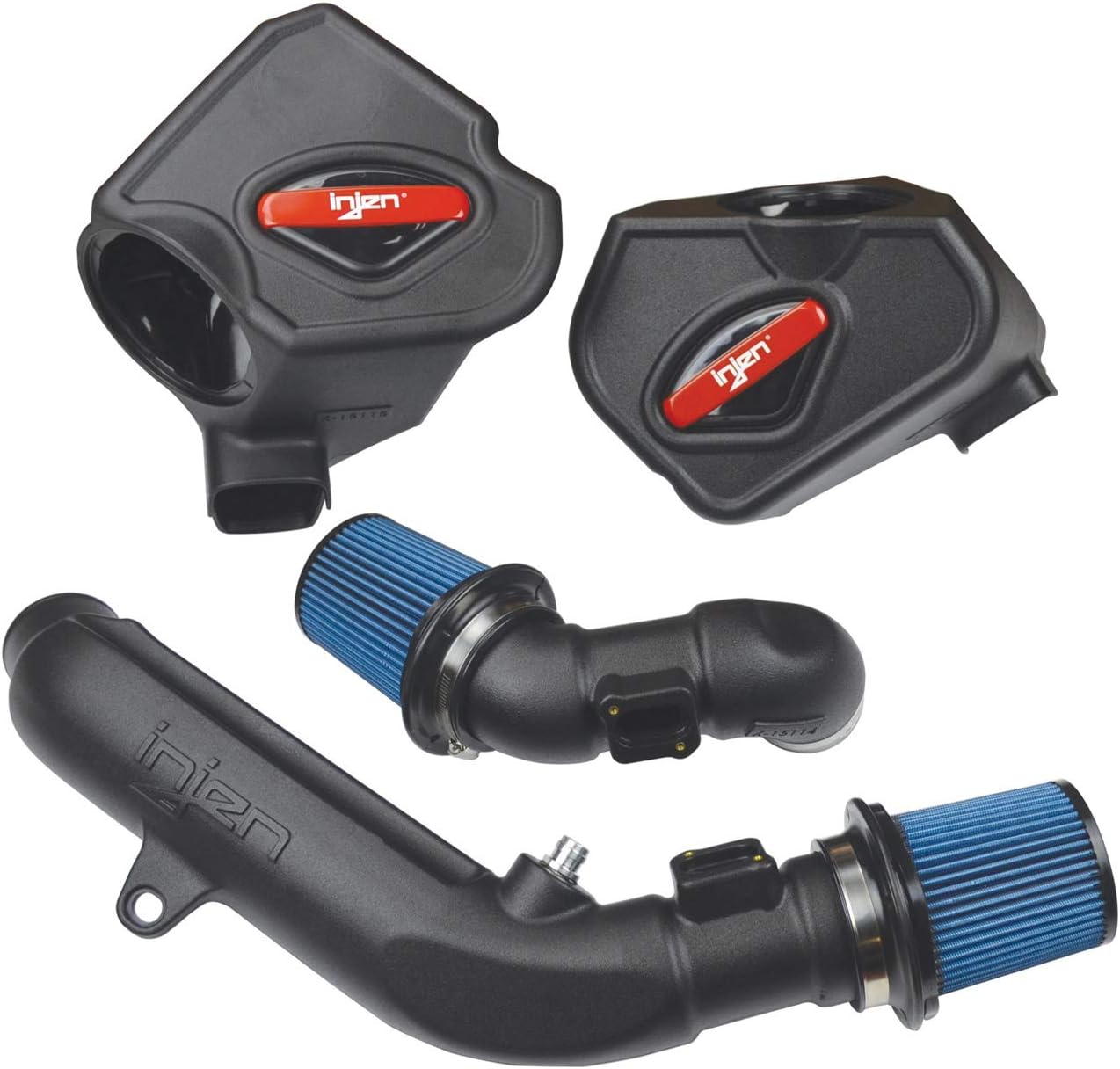 If you think that the SP Series is good enough, then you better check out the Evolution Series, Injen Technology’s newest line of BMW M3 F80 Injen intakes. What sets this one from the previous intake (and its competitors) is its superb construction that comes at a fairly reasonable price.

So what makes the Injen Evolution Intake so unique? It has a sealed roto-molded housing, which sports Injen’s new ClearVue badge for easy filter inspection. This housing eliminates the need for any unnecessary hardware, thus making it easier to install.

This design results in a friendly, clean, and slick view waiting for you whenever you pop your car’s hood.

There are also roto-molded intake tubes that replace the conventional stock intake tubes.

With it being custom-designed and dyno-tuned, it can produce as much as 22hp and 27lb-ft of torque while retaining a clean look and perfect fit. This intake also uses the SuperNano-Web dry air filter like the SP Series.

The only difference is it’s now locked in place by the Twist-Lock System, which also allowed Injen engineers to craft the largest possible M3 air filters they can while keeping installation as straightforward as possible. 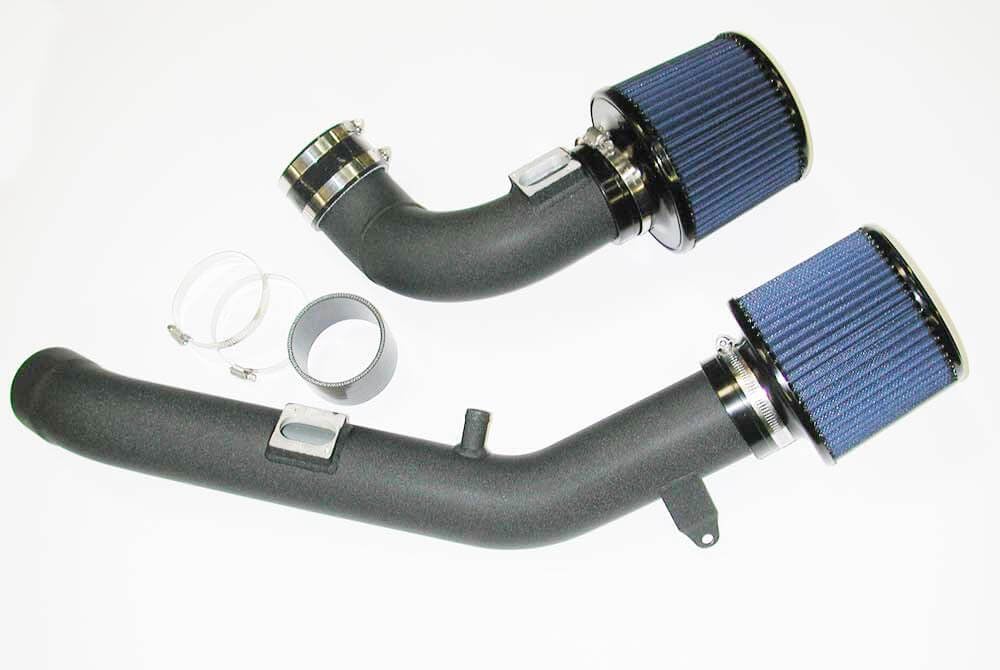 Racing Dynamics Cold Air Intake is perhaps one of the cheapest intakes you can find in the aftermarket today. Even if it’s cheap, most of its users can’t deny the improvement they’ve experienced once they’ve equipped this intake in their cars.

This intake can give you all the essentials you’d need from an intake system; decent air filters, smooth pipes, and some decent increase in horsepower.

The inverted cone filters currently using have an increased surface area, ideal for sucking in more air. And also, the intake tubes are mandrel-bent, not cut, to maintain a smooth pathway for the incoming air. A bonus precision-machined MAF sensor mount is also included in the tubes.

Based on dyno test results, the Racing Dynamics Cold Air Intake System can deliver as much as 10hp. However, keep in mind that this intake will use the OEM intake ducting and the OEM filter box’s lower half and use it as a heat shield. 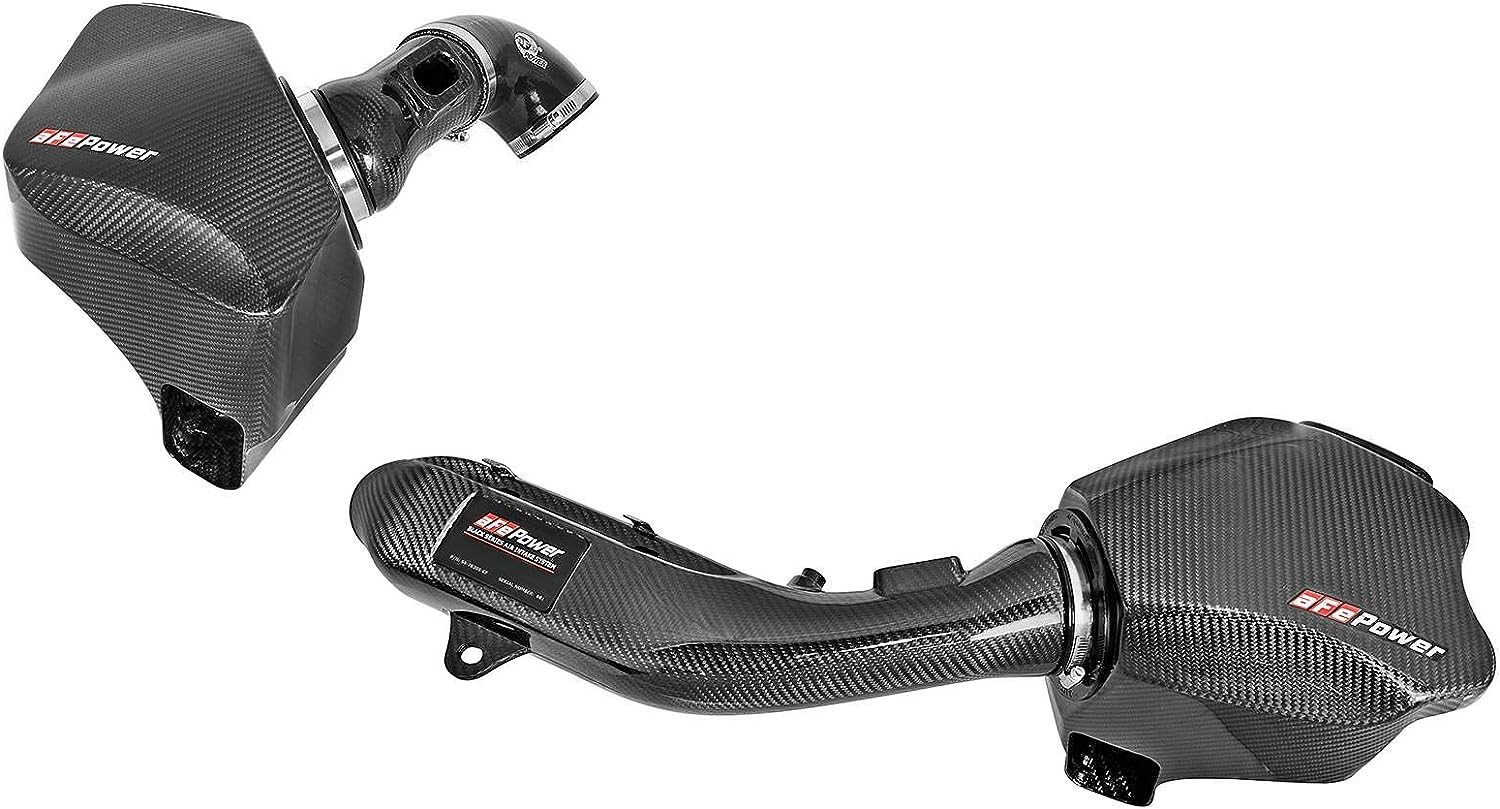 There’s a particular joy most car enthusiasts feel have whenever they pop the hood of their cars and see a nice-looking engine bay. aFe Power understands that which is why they made the aFe Power Black Series Momentum Carbon Fiber Air Intake System.W

e know that name’s a mouthful, but the package comes with tons of benefits that you can enjoy. This intake can no doubt improve the aesthetics of your engine bay, your car’s performance, and your sound quality.

What sets this BMW M3 F80 cold air intake from the rest is its uniquely designed carbon fiber housings. By looking at it, you’ll see how much it can improve how your engine bay would look.

It’s made from lightweight, high gloss, and twill-woven carbon fiber. Its simple yet sophisticated design makes installation a breeze, thanks to aFe Power’s patented filter-to-housing interface.

Performance-wise, this intake is a banger too. Thanks to its intake tubes (also made from carbon fiber) and the Pro DRY S air filter, the entirety of the intake system can deliver as much as 17hp and 19lb-ft of torque.

The only caveat with this intake, however, is it costs a lot.

What do you expect? All of it is almost made from carbon fiber!

Since we’ve delved into the world of premium intake, we’re going to introduce you to one of the most expensive intakes for the BMW M3 F80: the Eventuri V2. This is one of Eventuri’s most ambitious intake systems to date, and it has some top-tier features you wouldn’t usually find in a run-of-the-mill intake system.

Considered the benchmark product for the BMW M3 F80 platform, the Eventuri V2 claims to be the “complete solution” that ensures that the air flows to the engine as smoothly as possible.

What makes the BMW M3 F80 Eventuri intake so unique? For starters, almost all of its parts were made from Kevlar with hints of carbon fiber weaves. (If you’re not familiar with the automotive applications of Kevlar, you should check this article out).

Eventuri made sure to put every detail into account with this intake system. Their dedication is evident in the quality of their work and also its price. The Eventuri V2 is genuinely a benchmark-worthy intake system, considering how heavy the R&D Eventuri has put into it.

Yes, having this on your BMW M3 F80 may cost you a limb or two, but we sarcastically think that it’s worth it.

If you think that the Eventuri V2 will be the most expensive intake on this list, then you’re wrong. Here’s the last entry on our list: a beautifully crafted intake system from GruppeM. To say that the GruppeM Carbon Fiber Ram Air Intake is an understatement.

Just by taking a glance at it, you’ll see that it almost perfectly hit the aesthetic check box on your checklist.

Aside from the cosmetic improvement, it can give you, there are also some performance gains that you can readily enjoy once you have this intake installed on your BMW M3 F80.

GruppeM partnered with K&N engineering to create arguably one of the best intakes available for the BMW M3 F80. They designed this intake to dramatically improve the airflow across the power ranges while significantly reducing IATs. And that they did.

K&N created a proprietary air filter element that utilizes the so-called “ram air effect.” This phenomenon forcefully pushes a greater air volume into the engine while ensuring that the intake charge’s density increases.

GruppeM then made the intake system from carbon fiber weaves, designed for perfect fitment to ensure that installation will be as quick and easy as possible.

Sure, the GruppeM Carbon Fiber Ram Air Intake costs a lot, but we’re pretty sure that a hefty investment like this will go a long way. You can never go wrong with this intake system in terms of looks, performance, and durability.

That is if you have the budget, of course!

Most, if not all, intake systems mentioned above will also fit the BMW M4 F82, the coupe version of the BMW M3 F80.