I think it’s safe to say that all of us dream of one day owning some sort of supercar. A lot of us grew up dreaming of owning a Ferrari, Lamborgini, Porsche, Lotus, or some other kind of supercar. Unfortunately, brand new supercars are pretty expensive as you probably know.

Luckily, some supercars have depreciated quite a lot and can be had pretty cheap if you’re willing to deal with some of the quirks of supercar ownership, so let’s dive in and look at some of the best cheap supercars money can buy. 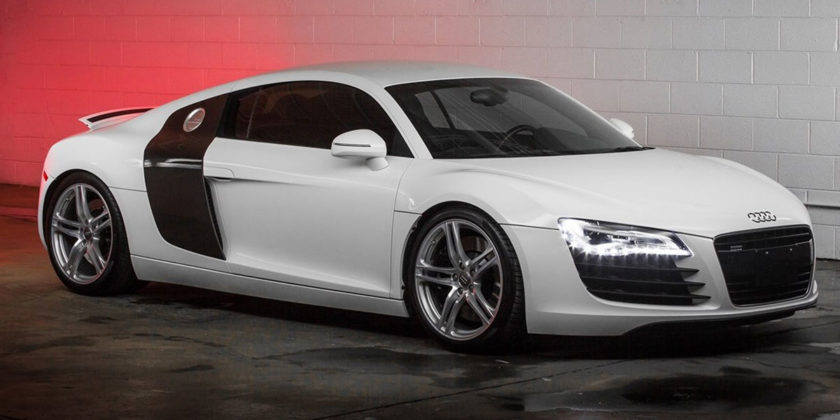 Not too surprisingly, the first vehicle we’re going to list is the Audi R8, but just any R8, the earlier V8 powered R8s. While the earlier V8 models don’t have the power, performance, or sound of the later 5.2L V10 powered R8s, the V8 are significantly cheaper. And part of the reason that they’re so much cheaper than the V10 models is that they’re less desirable.

The R8 was originally released in 2006, and it’s based on the same platform as the Lamborghini Gallardo and Huracan, though it is considerably less flashy in its styling. That’s not a bad thing if you prefer a supercar that’s slightly more lowkey than a Lambo.

While it might not be “as” good as the V10 models, the V8 R8 outputs at least 414 horsepower and 317 foot-pounds of torque, and that power is combined with Audi’s Quattro all-wheel-drive system, plus a lightweight aluminum monocoque chassis.

That’s a pretty insane amount of performance considering you can find a used one as low $40 to $50 thousand dollars. Unfortunately, there are very high maintenance costs associated with buying an older V8 R8, but that’s part of the nature of buying used supercars. 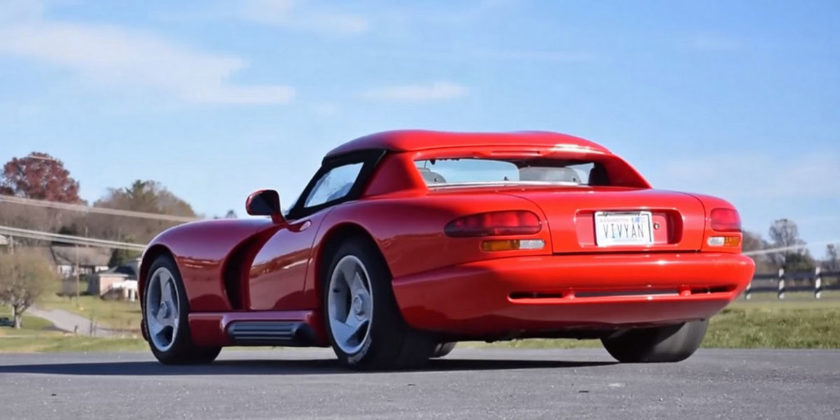 If you’re a little bit more daring and willing to purchase something that has a reputation for being dangerous and hard to drive, it is a great option for a cheap supercar.

Under the hood of the 1st Gen Viper you’ll find an 8.0L V10 that’s naturally aspirated and outputs around 400 horsepower and 465lb-ft. It lacks any sort of sophisticated all-wheel-drive system, so acceleration performance is relatively limited, although the giant 335 wide rear tires help make up for that.

0 to 60 is reached in around 4.5 seconds with the 1/4 mile passing by in around 12.5 seconds with a top speed of around 180mph. Interestingly enough these performance specs are pretty similar to the V8 R8, but you can find a 1st Gen Viper for as little as $30 to $35 thousand dollars. 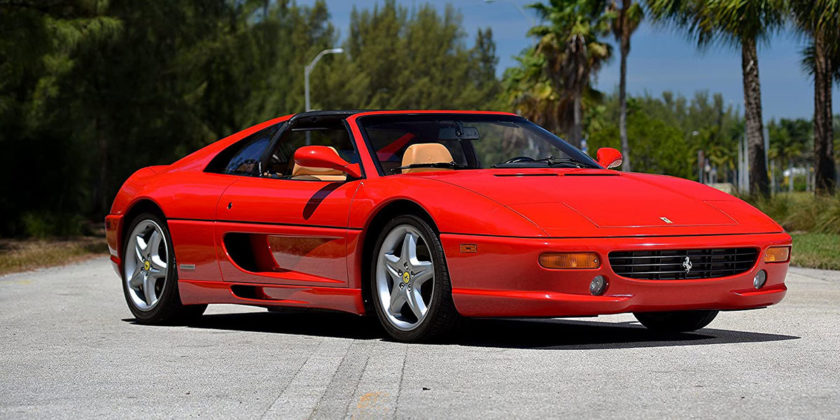 Quite frankly you can find a lot of old Ferraris for crazy cheap because they all carry pretty high maintenance costs and haven’t held their value incredibly well. The specific model we’re looking at is the Ferrari 355, which was available from 1994 to 1999 and it was essentially a highly revised version of the Ferrari 348.

If you ever talk to a 355 owner you’ll hear them go on and on about how the 355 is near perfection as far as performance combined with sound, design, and driving experience, but the dreams of the absolute perfect 1990s supercar end when you realize just how expensive it is to maintain a 355.

Luckily for you and me, the 355 is one of the worst depreciating Ferraris ever built. Part of the 355’s depreciated is that despite its gorgeous looks and amazing sounds 375-horsepower, 3.5-liter V-8, the next two mid-engine V-8 Ferrari are significantly more powerful and more reliable. The curvier 360 and 430 don’t have the same visual tie to the great Ferraris of the ’80s that the F355 managed to carry well into the ’90s without looking dated.

In 2013, 355 prices pretty much bottomed out with the average value falling as low $37,000, but the median value has since increased to around $50k, probably because so many of them were bought at the bottom of their value, because who wouldn’t want a $37k dollar Ferrari?! 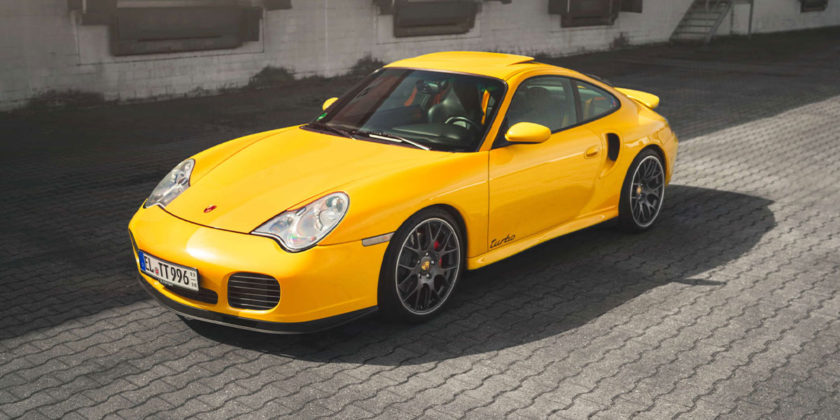 For a lot of enthusiasts, the Porsche 911 isn’t quite a “supercar” more than it’s just a high-end sports car, but a little bit of a different story. While a 911 Turbo doesn’t have the crazy looks or track-day performance of a GT3 or GT3RS, they offer a crazy amount of performance with really mild looks, letting them fly kind of under the radar since other drivers will just assume it’s just another 911.

Porsche revealed its then-new 996 Turbo to the world at the Frankfurt auto show in September 1999. It went on sale in the U.S. in mid-2000 as a 2001 model, and Car and Driver called the 911 Turbo’s performance “simply intoxicating.” At the time that it came out, the $110,000 Turbo was the fastest street-legal Porsche available, capable of a top speed of 191 mph.

Good-quality 996 Turbos have started to appreciate since reaching the bottom of their depreciation, but it’s been a slow climb over the past few years. Average condition prices are around $42,000, which isn’t that much considering you’re buying something which is nearly capable of 200mph in stock form and can easily have its power massively increased with some basic bolt-ons and a tune. 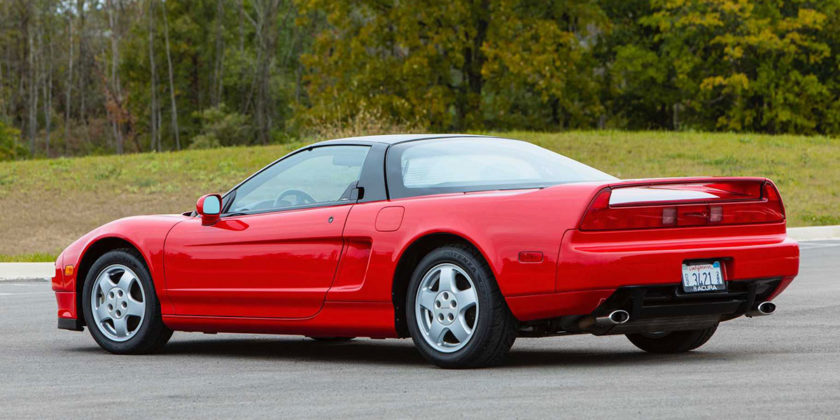 As a lot of you probably know, the NSX completely changed the landscape of modern supercars. At the time that it came out, Ferraris and Lamborghini were notoriously unreliable, which made the NSX wildly popular since it offered similar performance to the best Italian supercars on the market while being priced better and significantly more reliable.

With a front and rear double-wishbone suspension and accompanying forged control arms, the NSX placed 2nd in Road and Track’s 1999 handling test, going up against cars like the Porsche 911 Carrera 4 and Ferrari F355 Spider. It was on par with the performance of Italian and German supercars of the time, but strangely enough it’s depreciated pretty poorly for something which was once battling with the best foreign supercars of the time.

You can find the earlier NSX models as low as $25k. Think about that. You can get a mid-engined Ferrari killing 1990s beast for the same price as a brand new Honda Civic Si. Depending on which model you purchase, it’ll have around 270hp from its 3.0L V6, which doesn’t sound like supercar levels of power, but when you consider it weighed just over 3000 lbs and had an exceptional chassis, the low power figure doesn’t matter that much. 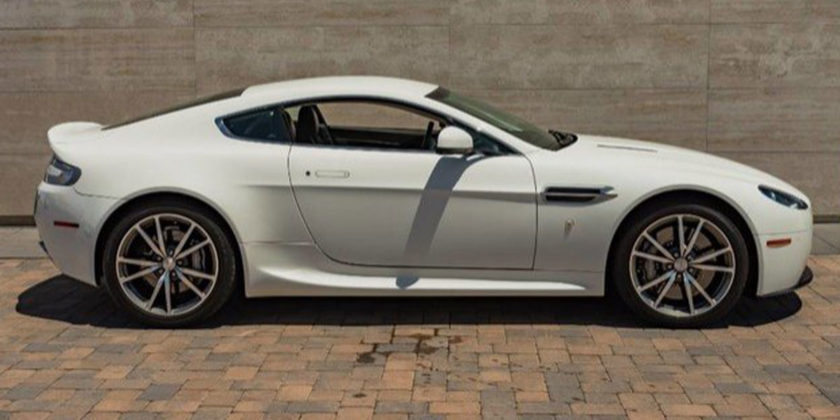 This next car kind of walks the line of being a high-end sports car or a low-end supercar, which is the Aston Martin V8 Vantage. It looks awesome, hauls ass, and it’s not something you see every day, so I thought it was worth adding to this list. Depending on the year model you’re looking at, you can find of these V8 Vantages for as low as $40k which is pretty insane considering they were well over $100k brand new.

One of the most impressive things about the Vantage is its great feel behind the wheel. The aluminum spaceframe structure is very rigid and compared to a lot of other cars in its category, the Vantage had a much stronger feeling chassis.

Designed by the legendary Henrik Fisker to compete with trendsetting supercars like the Porsche Carrera, the Vantage has a personality of its own and the design has aged incredibly well. It doesn’t look dull or boring at all, which is something that you can’t say about every supercar 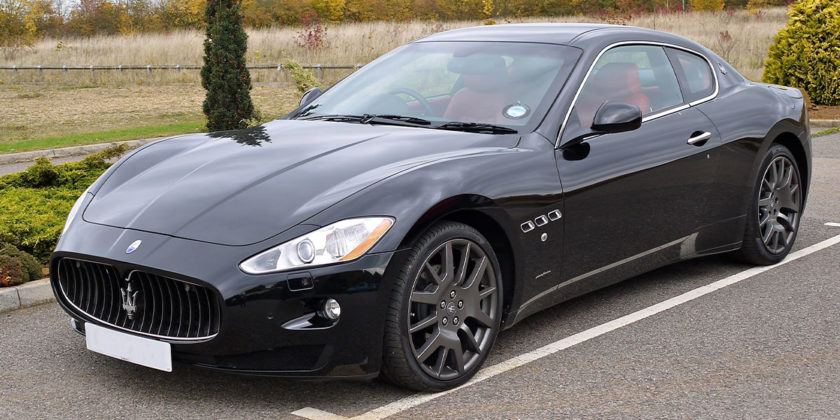 At its launch in 2007, the Maserati GranTurismo seemed to be the car that would finally rival the Porsche 911 in terms of performance, styling, and pricing. It managed this for quite a while before it was hit with several recalls which mostly had to do with electronics, the transmission, and gearbox.

The exterior is matched by the luxurious interior and even though the early models lacked some features which other cars had, such as Bluetooth, it is easily the roomiest four-seater supercar. It might not look like it from the outside, but two adults can comfortably occupy the back seat and it is also great to drive over long distances.

There are several models offered for just $35,000, with the average mileage being 50,000 miles. You will want to watch out for the tires though since they may need replacement every 12,000 miles or so. 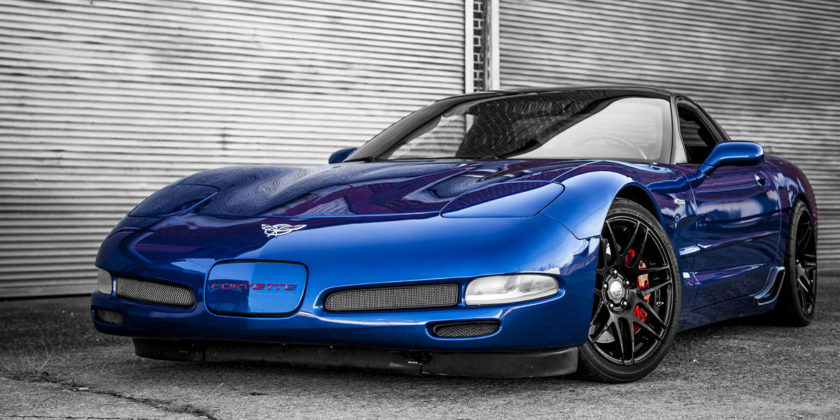 Although this might not be quite a supercar, it carries very low maintenance costs for the performance it delivers, so it’s worth mentioning. The C5 Z06 features a lightweight 5.7-liter LS6 V8 that initially made 385 horsepower, but that was increased after the first model year to 405 hp. It also features upgraded suspension from the standard C5, along with larger wheels, better tires, and better brakes.

Chevy engineers also lowered the weight of the car by fitting a titanium exhaust, reducing soundproofing, and even equipping the Z06 with a lighter battery. These improvements allow the C5 Z06 to sprint from 0 to 60 miles per hour in 4 seconds and hold nearly 1G in the corners, which is better than almost anything Italy or Germany offered at the time. To put it simply, the C5Z outperformed nearly every other performance vehicle near its price when it first came out.

Unfortunately, at the end of the day a lot of people will just look at it like its another C5 Corvette, but underneath it has the performance to keep up with most supercars from the time. Not only does it perform like a supercar, but it also carries one of the lowest price tags of any vehicle we’ve mentioned in this video, with hundreds of them listed around $25k. 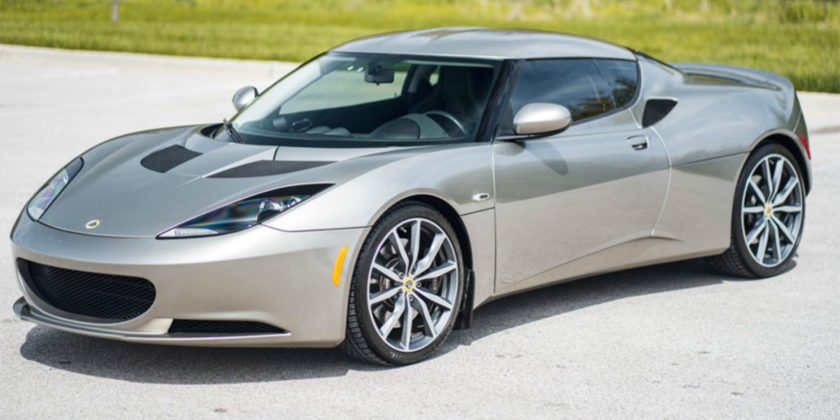 For a lot of enthusiasts, myself included, where you hear the name Lotus you immediately think of the Elise. Sure, Lotus makes other cars, but the Elise is what they’re best known for because it offered so much performance in such a tiny package at such a good price that it almost didn’t seem real. While the Elise is awesome, a lot of them haven’t depreciated much lower than their original value, because they were cheap in the first place.

For this reason, the Evora is all-around a better pick. You can find much newer models in better shape than many Elise’s available, and the styling and creature comforts are far superior to anything the Elise can offer. With examples dating back to 2009, this small and sporty supercar boasts a brand-new horsepower range of 240 to 257 — and you can bet that most of that is intact since it’s a relatively newer vehicle.

Of course, for those who think it a bit on the low end of the spectrum, remember that Lotus is famous for making their vehicles extremely lightweight, so this thing can zip around with the best of them. It’s not for everyone, but the price is right, along with the features and specs. If you’re lucky, you can find them for as low as $35k, but they’ll typically be closer to $45k.

Alright, guys, that’s pretty much all I’ve got for you today. I know a few of the cars we listed aren’t what you would typically consider a “supercar” but all of these cars offer a ton of performance, great looks, awesome sound, and they’re all pretty cheap thanks to the excessive depreciation!