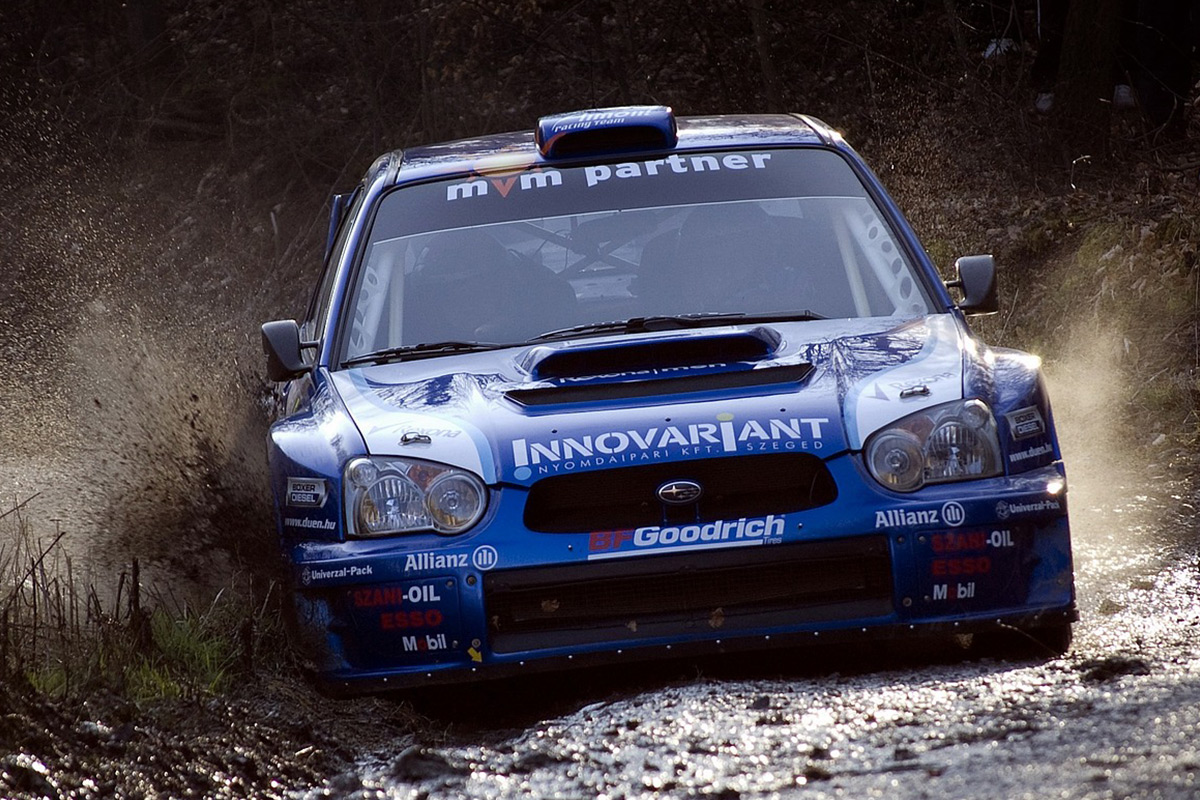 All-wheel drives system are very common in cars like the Subaru Impreza. Sometimes this system is used in larger trucks and SUVs like the Cadillac Escalade or the Ford Raptor. Like the name implies, the all-wheel-drive system powers all four wheels. If you live in a dry climate such as Arizona, you may never even need the additional grip of all-wheel-drive, but climates, where you are likely to experience rain or snow, is where all-wheel-drive is great to have.

Unfortunately, splitting the power 50/50 between the two axles won’t work in high grip situations such as on the street. When taking a turn the wheels on the front axle will move at a slower than the wheels on the rear axle. I know it can be a little difficult to understand this concept, but trust me, the axles will rotate at different speeds while cornering. If the power is locked 50/50, then the axles cannot move at different speeds. The lack of different speeds during a corner causes binding in the drivetrain, which will put the transfer-case, axles, differentials, and driveshafts under extreme load causing significant damage over time.

Many AWD systems utilize this feature to increase fuel economy. Front wheel drive cars inherently use less energy to accelerate. By sending all the power to the front axle, unless wheel slip is detected, you can increase fuel economy while also maintaining high levels of grip when needed. Not all all-wheel-drive systems are front-wheel biased, but all-wheel-drive cars are because the engine is already mounted transversely. By comparison, many all-wheel-drive trucks and SUVs have the engine mounted longitudinally, so they have more a rear-wheel bias if anything. This all comes down to how the manufacturer designs the system, and it’s different in almost every car. 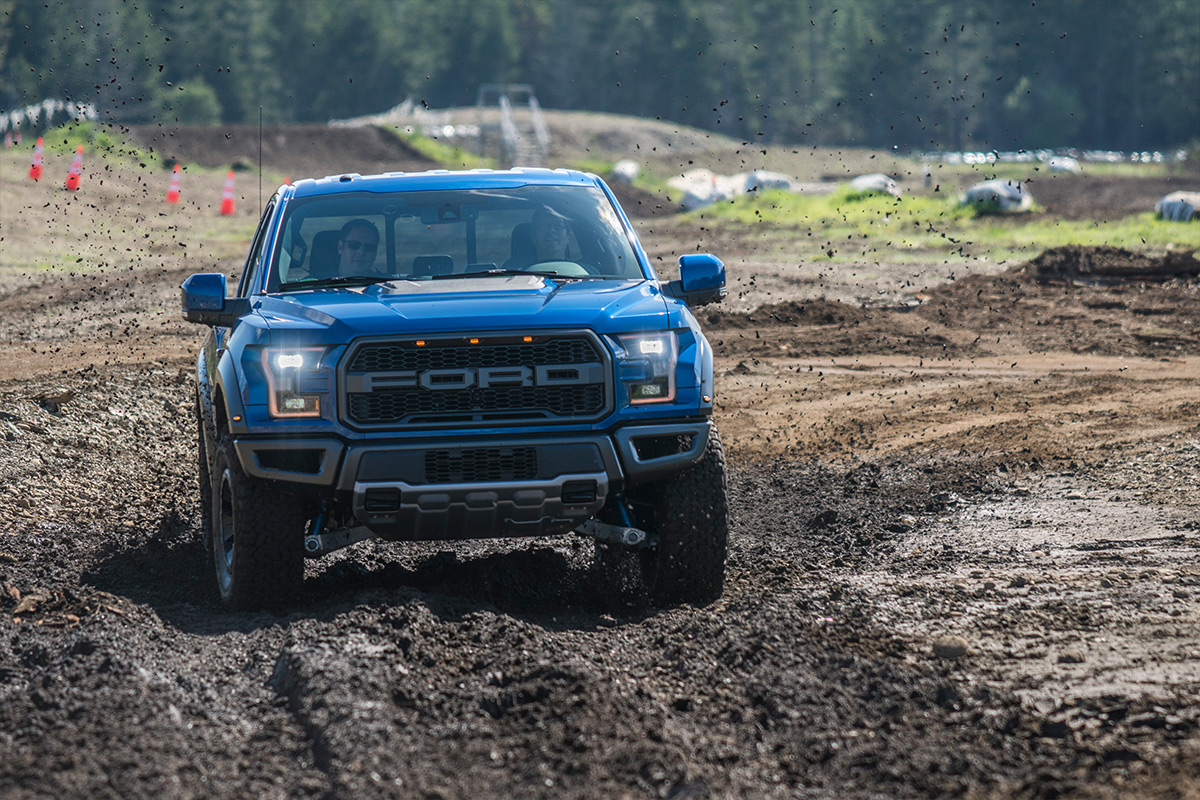 You would think since cars have four wheels that all-wheel drive would mean the same thing as four-wheel drive, but it doesn’t. The main problem with all-wheel drive revolves around the differential in the transfer case. In high grip situations such as driving on the road, wheel slip isn’t likely to happen, meaning that all four wheels can put power to the ground. In an off-road situation, wheel slip is constantly occurring. Low grip situations uncover one major flaw of a basic all-wheel-drive system: all power going to one axle.

Four-wheel drive combats this issue by removing the center differential and locking power at a 50/50 split between the drive axles, meaning one axle will never receive more drive power than another which is very important for off-road situations. This design also introduces the ability to have multiple ratios in the transfer case. One ratio can be much lower which multiplies torque, but limits drive speed which is perfect for “crawling” situations. It should be noted that some AWD systems also have this high/low gear ratio feature.

When rain or snow is introduced to the road, you want more wheels to have drive power to increase grip. A four-wheel drive system would work fine in this situation if the road were completely snowy, but often there are patches of a dry road during snow. If you go from snow to dry mid-corner with four-wheel drive engages you will cause sudden binding in the drivetrain which is why places where snow is common such as Flagstaff, Arizona many people use all-wheel-drive cars.

As we mentioned before, the problem with AWD is extreme off-roading situations where grip is very limited. The issue of one axle receiving all the drive power can be solved, however, with a center differential locker and traction control. We will discuss this a little bit further down in the article.

One of the best features of an AWD system is the ability to torque vector. Torque vectoring helps cars corner even faster by sending power the outside wheel during a corner. Sometimes the rear axle needs more power to help to car rotate more. Sometimes the front axle needs more power to help the car recovery from a mid-corner slide. A system like this can make a car extremely fast on a track which Nissan has leveraged to make the GTR one of the best performing track cars in history.

How can you get the benefits of both AWD and 4WD? Well, the easiest solution is to add a center different locker, which will allow power to be locked 50/50 between the two axles when needed. Land Rover used this in a few of their vehicles in the past, and it works fantastic. The on-road grip of an AWD setup with the off-road grip of a 4WD setup is truly the best way to go.

Combined with an advanced traction control system which when setup correctly can perform as well as actual differential lockers, the result is impressive. Land Rover also uses a multi-speed transfer-case with some of their AWD systems which allows for the low gearing necessary for “crawling” plus the locked center differential, plus the traction control.

Having a multi-speed locking differential does increase complexity which can mean parts need to be stronger. This system also increases cost which is why a system this complex is generally reserved for expensive SUVs and trucks.

To summarize all this information I’ve just thrown at you; AWD is great for on-road environments, and 4WD is great in an off-road situation. The AWD system uses a differential in the transfer-case to manage the power split, and the 4WD system locks power 50/50 between the two axles.

About Bryce Cleveland 375 Articles
Bryce founded Dust Runners Automotive Journal in 2014 as a way to write about the cars he found interesting. He currently owns a 2003 Honda CRF450R Supermoto, 2006 Nissan 350Z, and a 2018 Yamaha MT09. Follow him on Instagram for more @bryce.cleveland.