Few modern sports cars are as iconic as the Nissan 350Z. Immortalized in films such as 2006’s The Fast and the Furious: Tokyo Drift, the 350Z quickly developed a reputation as a true driver’s car.

It also became one of the most popular models on the street racing scene thanks to its tunability. Even today, the catalog of aftermarket parts available for the 350Z is mind-boggling.

The Nissan 350Z is well on its way to becoming a modern classic. With its classic sports coupe styling and layout, the 350Z still turns heads today. The 350Z is also famed for its incredible handling.

But the real draw is its engine – the 3.5-liter VQ35DE. This potent V6 package gives the 350Z plenty of power and a satisfyingly throaty growl.

The 350Z also captured the imagination of an entire generation of die-hard fans. In many ways, the 350Z was the perfect car for enthusiasts who grew up with video game franchises like Gran Turismo and Need for Speed.

In this article, we’ll take a deep dive into the Nissan 350Z’s development and history. We’ll examine this iconic car from all angles to find out what makes it such a legendary model. 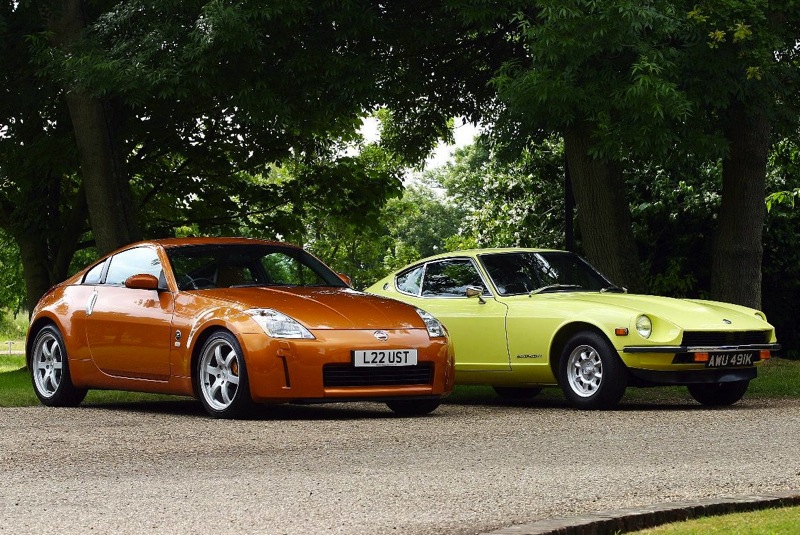 In 1999, Nissan was struggling. The Japanese marque, which had started up in the 1930s, was virtually bankrupt. To right the ship, Nissan needed something new. After having previous success with their line of “Z” sports cars, the company planned to create a new sports coupe.

Nissan hoped the new car would be a spiritual successor to the famous 240Z from the 1960s and 1970s. However, the concept failed to live up to expectations thanks to an underpowered engine and criticism from the designer who created the 240Z.

To try and turn their fortunes around, Nissan had formed an alliance with fellow Japanese marque Mitsubishi and French carmaker Renault in 1999. After their new sports car concept fell flat, Nissan’s engineers redesigned it with a more powerful V6 engine, creating the first incarnation of the 350Z.

The 350Z was first released in Japan (as the Fairlady Z) and the US in 2002. Initially, there were five available trim levels; the 350Z Base, the “Enthusiast”, the “Performance”, the “Touring”, and the “Track”.

European models were based on the “Track” edition but were simply called the 350Z.

The styling of this new Z-car was an instant hit, with a rounded fastback-style aesthetic at the back and a long bonnet that paid homage to previous Z models. The 350Z looked muscular, but not overwhelmingly so.

It captured everything that a sports coupe should be, with two doors and two seats.

Across the 350Z’s production lifespan, Nissan sold over 160,000 models in the United States and over 23,000 vehicles in Europe. The model also saw plenty of domestic success in Japan until it was replaced by the 370Z at the end of 2008.

Throughout its sales life, several special editions of the 350Z were released, including a 35th Anniversary Edition that commemorated the debut of the 240Z. It wasn’t long before NISMO, Nissan’s performance tuning arm, also got hold of the car.

Four NISMO versions were produced for commercial sales and the company also helped the 350Z conquer the Japanese racing circuit.

With such an illustrious history dating back to previous Z-cars, it’s no surprise that the 350Z became so beloved. 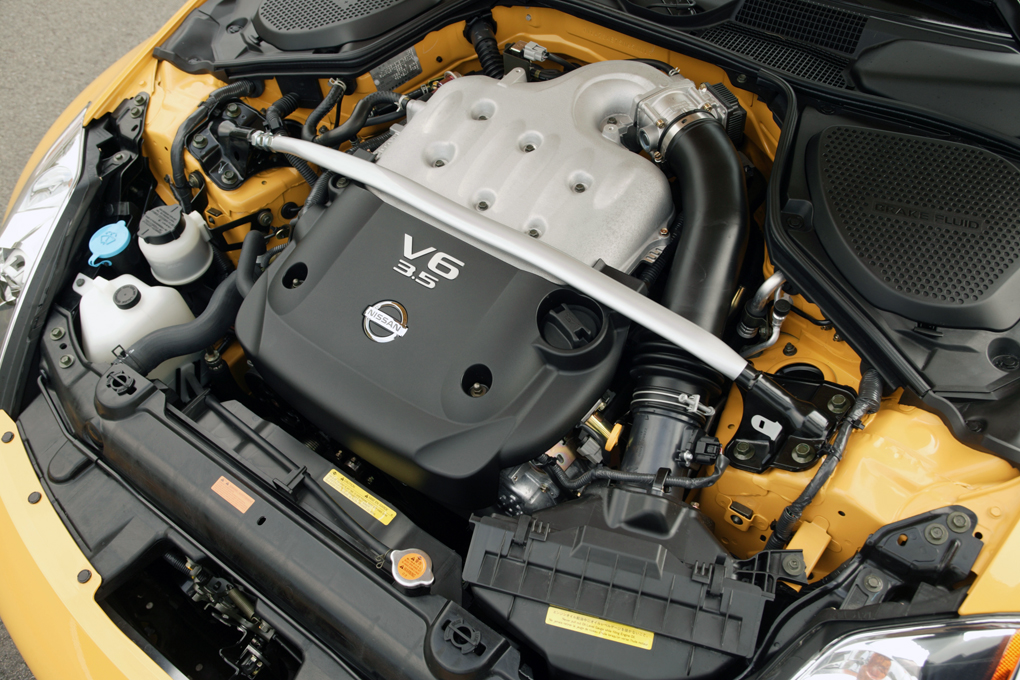 When Nissan released the 350Z in 2002, they were aiming for long-standing sports cars like the Porsche Boxster. While the 350Z handled really well, it wasn’t quite on the same level as its European rivals. But the 350Z more than held its own when it came to the engine.

The 350Z’s popularity is undoubtedly powered by its 3.5-liter VQ35DE V6 engine. This quickly became one of the most iconic engines ever made by Nissan, delivering plenty of grunt and making the 350Z incredibly fun to drive.

This astonishing performance was always delivered with a primal throaty growl from the twin exhausts. The 350Z was more than capable of cruising serenely on the highway one moment before screaming around tight corners on a mountain road the next.

Acceleration was virtually instant in any gear, and this accessible performance-crafted the 350Z’s reputation as a true driver’s car.

You might expect this performance to come at a premium price, but Nissan disagreed. On its initial release, the 350Z could be purchased for just under $30,000. This relatively accessible price point helped the 350Z achieve astonishing success, especially in the American market.

Throughout the 350Z’s production lifespan, Nissan’s engineers continued to tinker with the VQ35DE powerplant. In 2005 and 2006, the engine was tweaked to produce 300 horsepower and 260 lb-ft of torque.

The final incarnation of the engine was released in 2007 and could now produce 306 horsepower and 268 lb-ft of torque.

The engine also made the 350Z popular with the street tuning scene, despite the engine bay being quite expensive to modify. Several companies such as Vortech created aftermarket packages, including superchargers and turbochargers.

These customization options helped the 350Z’s cult following grow even after the car had been discontinued. 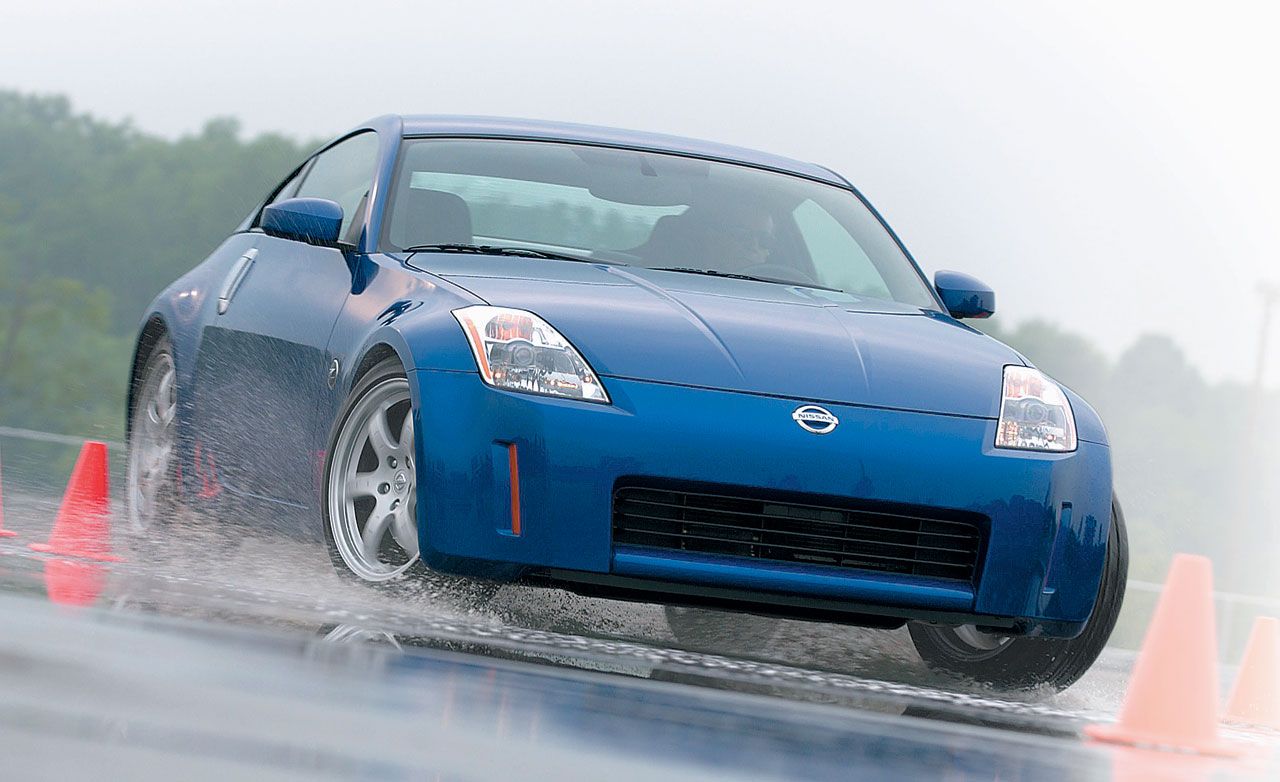 But just having a powerful engine under the hood doesn’t make a sports car successful. To truly become transcendent, the car has to have great handling as well. And the 350Z didn’t disappoint.

As a descendant of the original Z-cars, the 350Z followed a well-established blueprint. The two-door, two-seater coupe body had a long bonnet with the engine in the front while the power was delivered to the rear wheels.

Immediately, the smooth and rounded, muscular styling of the 350Z became a hit.

No one would describe the 350Z as a lightweight vehicle. Even the first “Base” model weighed nearly 3450 lbs. But thanks to its ingenious design, the 350Z handled like a dream.

The engine was cleverly mounted to give the car great weight distribution.

A series of aluminum-alloy springs and axles in the front and rear suspension gave the 350Z an extremely stable ride. But the real genius was a multi-link design on the front suspension.

This allowed the 350Z to be smooth and stable when it was rolling down the highway before becoming nimble and responsive when being chucked into the corners.

With its fantastic handling and perfectly-weighted and responsive steering, the 350Z won legions of fans across the world. Across the five trim levels, Nissan also included additions and optional extras such as Brembo brakes.

Apart from the “Base” model, the 350Z also came with a limited-slip differential and traction control.

Owners could improve the handling of the 350Z even further by bolting on aftermarket suspension kits and changing the brakes. The 350Z is so popular that these parts are still available today.

The ability to customize these cars has been key to their longevity, building a die-hard fanbase on the street racing scene.

The 350Z’s fantastic handling also made it a hit on the track. As soon as the 350Z was released, racing teams began experimenting. 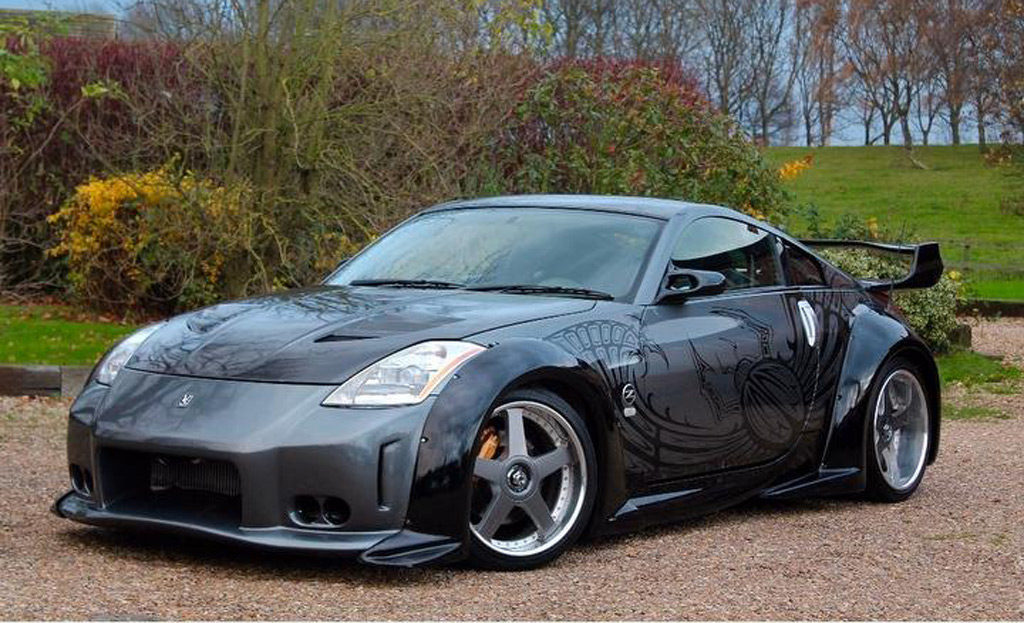 With Nissan under immense financial pressure at the end of the 1990s, many thought the Japanese marque and their iconic Z-cars would disappear forever. The release of the 350Z helped turn the company around and created a new blueprint for successful sports coupes.

As a spiritual successor to the famous 240Z, Nissan’s 350Z revitalized the concept of the Japanese sports car. Powered by a V6 engine that would become one of Nissan’s most successful powerplants, the 350Z brought accessible performance to a new generation of sports car enthusiasts, all at an affordable price.

In some ways, the 350Z almost had the appeal of classic muscle cars – packing a bruising, powerful engine under the bonnet while still being practical enough to use for grocery shopping. But the 350Z wasn’t just a one-trick pony.

Thanks to a cleverly-engineered suspension system, the 350Z had incredible handling despite its relatively heavy weight. Its stability and responsiveness captured hundreds of thousands of fans.

This popularity only increased when a 350Z starred in The Fast and the Furious movie franchise, particularly 2006’s Tokyo Drift.

This appearance kick-started one of the biggest parts of the 350Z’s legacy – its popularity on the street racing scene. In the film, the villain Takahashi – the “Drift King” – drove a modified 350Z sporting a Veilside body kit.

The 350Z quickly became the center of a booming aftermarket parts industry. Owners could beef up the V6 with a Vortech supercharger or bolt on an aggressive body kit for instant impact.

While the engine bay was expensive to customize, that didn’t stop street racers around the world from modifying their 350Zs.

With such a storied legacy as a dream car for many petrolheads and the performance to back it up, it’s no surprise that the Nissan 350Z is already considered to be a modern classic.