If you poke around my website for long enough you’ll find that I love Jeep Cherokees. Really I love all Jeeps, but the XJ Cherokee is the only Jeep that I can afford. A couple years ago when I started selling light bars locally I ended up buying a 1992 XJ Cherokee with some of the profits that I earned. Here’s everything you need to know about it.

Like I mentioned above, I bought this XJ Cherokee with the profits I earned selling light bars on Craigslist. At the time I didn’t have a vehicle, and the last time I owned a working vehicle was over a year prior. I was sick of having to walk everywhere and I stumbled upon an XJ Cherokee for sale on a Facebook off-road page.

The Cherokee looked pretty ruff. It had 31” tires on the stock suspension which required an insane amount of fender cutting. The interior was destroyed, the exterior had dents from wheeling, and everything on the front clip was a different color. I knew this Cherokee had a rough life, but I saw the price tag of $1,000 and couldn’t resist it.

Going to Purchase the Cherokee

I spoke to the owner, Mike, on the phone and he told me everything I needed to know. He was honest and upfront so I decided to head over to his house. Upon arrival, I found the Cherokee was just as ugly in person as it was in pictures. The owner warned me it had some gnarly death wobble around 35mph. On my test drive, sure enough, it had horrible death wobble.

I knew that death wobble could be fixed relatively easily so I was okay with it. Although the cut-off exhaust was extremely loud, the Cherokee appeared to run pretty well. The owner informed me of all the small issues which were all common Jeep issues. I handed him $1,000 and called a tow truck to pick it up. I didn’t want to drive a death wobbling Jeep all the way across town for fear of getting pulled over.

One of the first issues I fixed tackled was replacing the entire front axle. At the time it looked bent and I thought that’s what was causing the death wobble. I swapped in a Dana 30 from a Renix Cherokee not realizing it was a vacuum disconnect axle (I feel really stupid for not noticing this). Next was the transmission pan gasket which was leaking pretty bad, luckily that repair was a breeze.

Then one day I went to the gas station, and when I tried to leave the Jeep wouldn’t go backward. It would go forward, but when it went backward it just stopped at a certain point. It was acting like the rear differential was binding up. I couldn’t pull forwards, so I pulled my jack out the trunk and lifted up the rear axle so I could push the Jeep out of its parking spot backward. I was able to get all the way home, but I knew the rear differential was already broken. 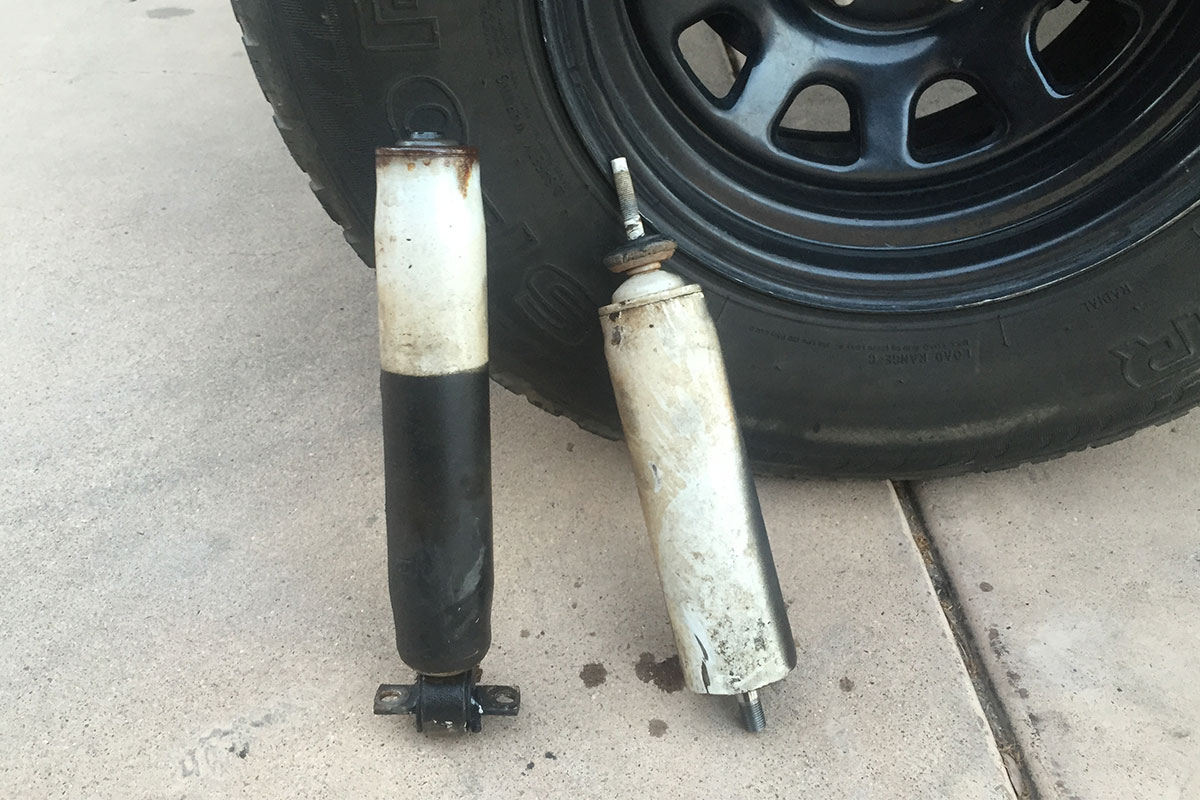 Later that day I drove to a friends house and picked up a Dana 35 to replace my blown up one. After I replaced the rear axle I inspected it and sure enough, it was broken. It appeared as though the shims for the spider gears broke, and caused the spider gears to shred themselves apart.

After all the issues were sorted out and my friends gave me 2” spring spacers for the front, it was time to go wheeling. The only problem was the vacuum disconnect axle I swapped in forced my Jeep to be 2WD.

One night when we were out wheeling I was faced with a small hill that flexed my Jeep out to the max. Somehow, the bolt for my aftermarket steering stabilizer punctured the oil pan when fully flexed out. With a hole in my oil pan, I had no choice but to be towed all the back into town (took about 1 hour). 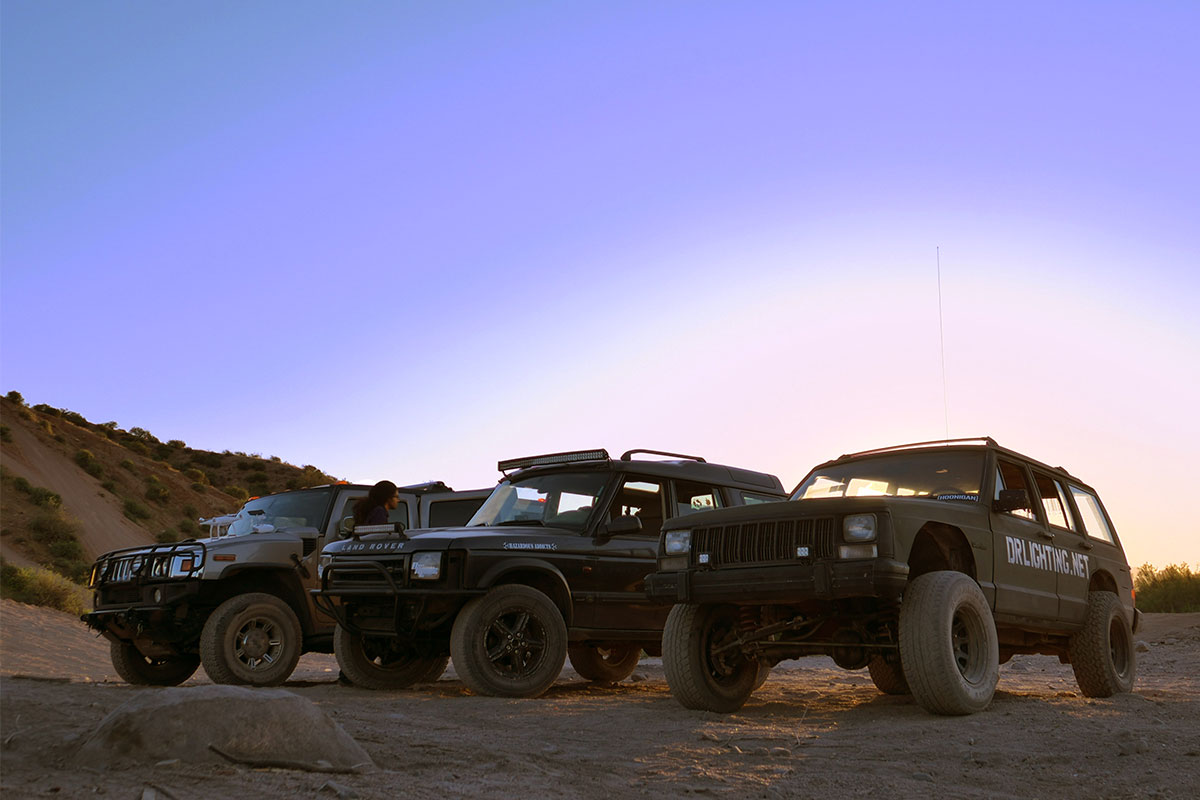 Eventually, I swapped in a one-piece axle shaft for the front axle and was able to go wheeling in 4WD. At this point, my friends gave my 2-3” lift front springs which I stuck under the 2” lifting pucks they gave me prior. The stock shocks definitely didn’t like being on a 4-5” lift, and eventually ripped apart.

Once again my friends helped me out by giving me 3” lift shocks for free. While these were also slightly too short for the lift, they were much better than the stock ones.

Attempting to Lift the Rear Suspension

At this point, I had been running a 4-5” lift up front and stock suspension in the rear. I was particularly proud of this, but I had very little money at the time and couldn’t afford new parts. Eventually, I traded some lights for 3” lift shackles. That night when I tried to install them, I ran into some major issues. 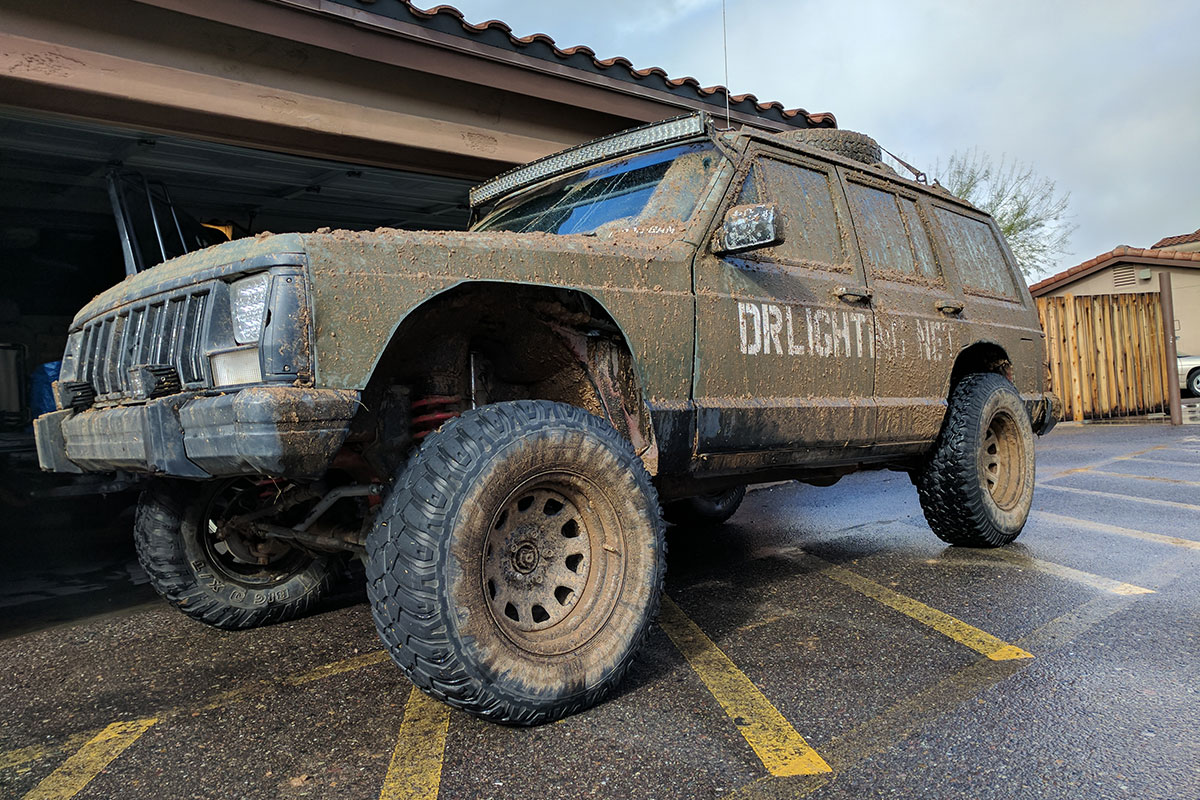 When I went to remove the stock shackles, the welded nut on the inside of the unibody frame rails broke. The nut itself was fine, but the welds holding it in place broke. The caused the bolt spin endlessly, and this stupid issue occurred on both sides.

At the time I didn’t own a grinder or a welder. Both of these tools would be necessary to fix the issue I was facing. I knew I couldn’t afford those tools, so I put the rear wheels back on and pretended that night never happened. Although those shackles bolt could spin relatively freely, I was confident they would hold up.

The day I sold it

Eventually, I enrolled in school in knew I needed to sell my Cherokee. I spent two days sanding it and spray painting it, giving it a much better look. At this point, it still ran and drove great, but I needed something that got good gas mileage. I honestly can’t remember how much I sold it for, but I know it was around $2,300. I used that money as a down payment on my 2015 Ford Fiesta ST.