Are you looking to get into the off road “scene”? But, you have never owned an off road truck? There are a few things you must consider when deciding what you want out of your off road truck.

Do you just want to go camping? Do you want to go trail riding? Rock crawling? What about desert prerunning? Here’s what you need to look for in an off-road truck:

Now that you have a good understanding of what you’ll want, let’s look at the candidates. Here are the best beginners off road trucks:

Robert Cumberford, from Automobile Magazine said: “Great designs never grow old, a truth no better confirmed than by designer Dick Teague’s masterpiece, the Jeep Cherokee. Possibly the best SUV shape of all time, it is the paradigmatic model to which other designers have since aspired.” 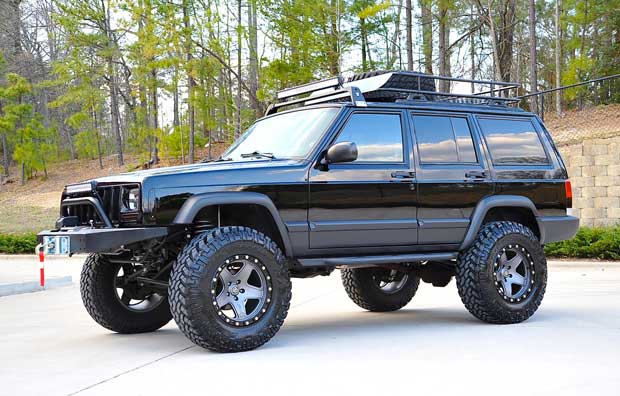 Generally speaking, most XJ Cherokees are four door, 4.0L inline 6, and 4WD. Which is perfect, 4 doors to more easily hold gear and people. The 4.0L is notoriously bullet proof, and the 4WD system is great for the trails. Since the XJ Cherokee is unibody and 4 link suspension up front, they articulate very well and ride very smooth.

Since the XJ Cherokee was made for such a long period of time, they are everywhere and dirt cheap too! With so many of them around, a huge amount of off road companies started making aftermarket parts for them, making parts dirt cheap too!

Too see what a commonly modified XJ Cherokee looks like, check out Coles XJ Cherokee.

Being that they are frame-on-body, they are very heavy duty and very strong. Leaf springs front and rear allowed for cheap manufacturing and add stability while driving the truck. 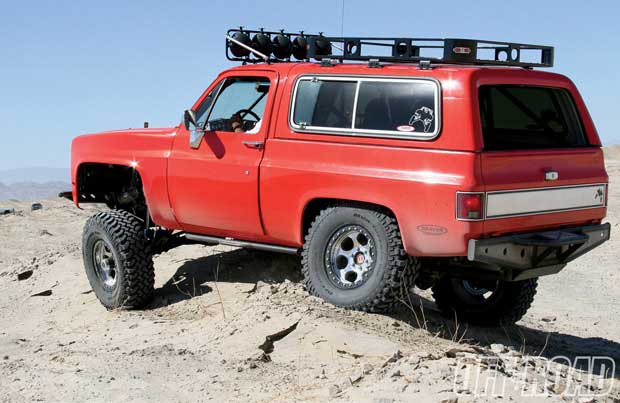 The leaf spring design doesn’t articulate, or ride very well, but with some modifications can perform very well. Since Chevy trucks have been around for so long, it’s impossible to run out of factory used or aftermarket parts. Much like the Cherokee, the Chevy 350 is also a great engine,it makes plenty of power and torque and retains the old-school, but proven engine design.

The Ford Bronco was made from 1966 to 1996, and was also built to compete with the Jeep CJ-5. The 302CI and the 351W were the most common engines that the Bronco came with. The Ford Bronco, like the Chevy Blazer, was also frame-on-body, making it heavy duty and strong.

The Bronco had a leaf spring suspension design front and rear until 1980. In 1980 Ford introduced the TTB (Twin Traction Beam), to allow for a smoother ride, on and off road. The TTB suspension system worked very well, it improved handling and ride comfort, but sacrificed wheel travel and is notoriously hard to align. 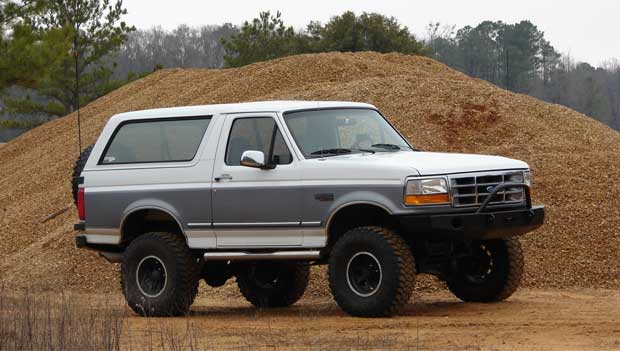 Both the Ford 302 (5.0L) and the 351 Windsor (5.7L) are great motors, making good power while still being reliable and cheap to maintain. Parts for the Bronco aren’t nearly as abundant as the other two trucks, but parts are still easy available.

The TTB system, lead to the Twin I-Beam suspension, which is the same as TTB, except its not 4WD. I-Beam suspension is what many “pre runner” trucks use and works great for high speed off roading.

All 3 of these trucks are very cheap to buy and easy to fix, and can take a hard beating off-road. Making them all perfect candidates for a beginner off road truck. The choice is yours to make.