The Fiesta ST is a great little car. It handles extremely well and is an absolute blast to drive anywhere. Some people, however, find the factory turbo just isn’t enough. Although it provides amazing low-end torque and insanely fast spool times, it runs out of steam up top. Basically, the factory turbo isn’t going to give you high horsepower. In this short guide, we’re going to cover what you need to know about upgrading the turbo on your Fiesta ST.

Although the little 1.6L Ecoboost engine is very strong, it limited by the stock fuel system. We’re all for direct injection because the benefits outweigh the negatives. One of those negatives being limited upgradability. The stock fuel pump on the Fiesta ST can support up to around 400whp. The stock injectors, however, are maxed out around 310whp.

For this reason, many Fiesta STs with upgraded turbos are only around 300whp. There are a few companies offering solutions for this problem. With an auxiliary fuel system, you can push around 380whp. If you want more than 300whp you’ll need to also invest in auxiliary fuel.

One of the most popular ways to upgrade the factory turbocharger is with a “hybrid” turbocharger. Hybrid turbos have become increasingly popular because a hybrid turbo retains the low-end torque and quick spool time of the stock turbo.

Deadhook Motorsports
For the Fiesta ST, a company by the name of Deadhook Motorsports was without a doubt the most popular company to buy a hybrid turbo. Deadhook, however, was recently under fire on Facebook after unhappy customers uncovered some very shady business tactics. 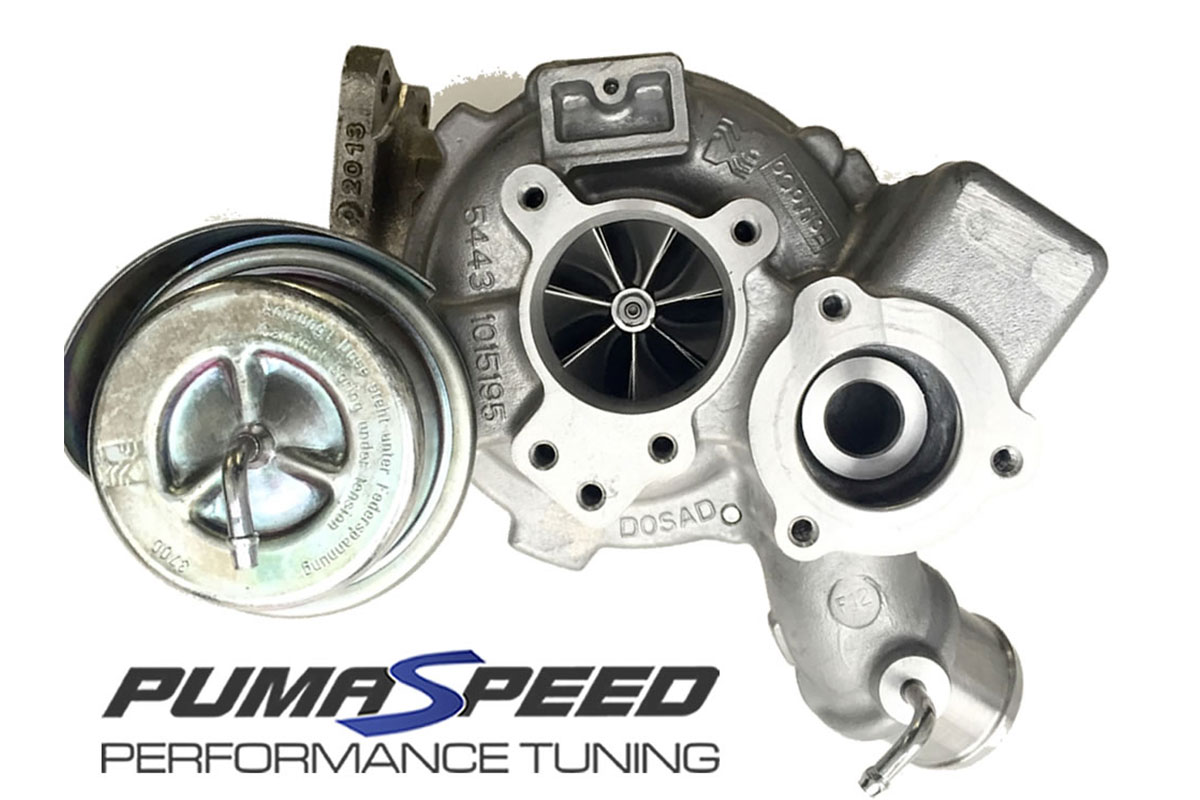 Aside from Deadhook Motorsports controversy, they make the best hybrid turbos available for the Fiesta ST. Their “X47” turbo is capable making over 300whp depending on the fuel and supporting modifications. They use a use a custom designed 45mm, 7-blade billet wheel. They also use a heavy duty thrust bearing to support the extra load. If you’re looking for maximum power this is the hybrid turbo to buy.

AET Motorsports/Voodoo Turbos
Due to the recent meltdown of Deadhook, other hybrid turbo manufacturers have stepped up to the plate. The VT330R turbo from Voodoo is capable of 330bhp or around 300whp. They achieved this by using a proprietary compressor cover with a K06 46mm billet inducer wheel. This setup flows way more than stock, but still, provides the low-end torque and quick spool of the stock turbo. 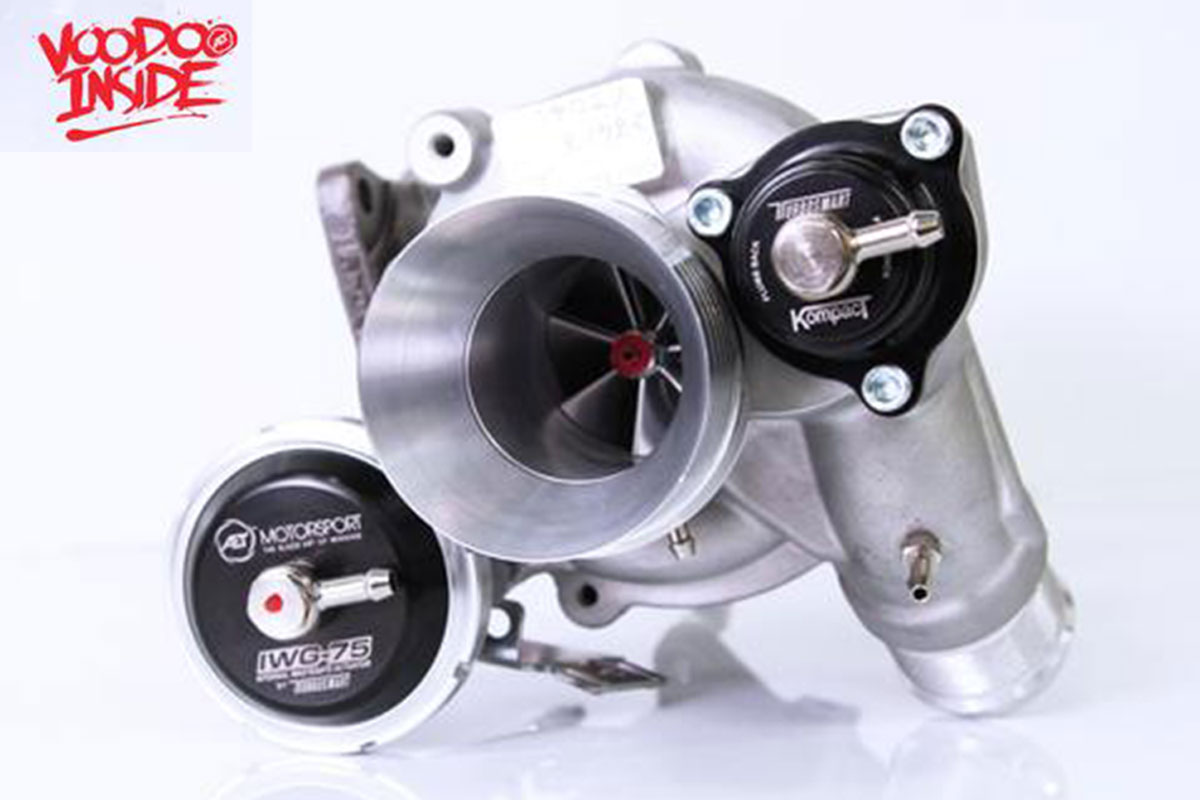 AET Motorsports also gives the VT330R a K04 turbine wheel with race cut back, and a K04 journal bearing that can handle the extra load. The upgrading journal bearing is key for this tiny little turbo to not fail under the increased boost.

Although hybrid turbos are cool, a true aftermarket turbocharger has far more potential.

Garrett GTX2860R
Although hybrid turbos are great in theory, stressing a little turbo that hard can result in disaster. Many people run hybrid turbos without any issues but pushing the turbocharger that hard will result in lower reliability. For this reason, we also wanted to include the Garrett GT2860RS. Although this turbo loses the super fast spool time and low-end power, it gains huge top end power. 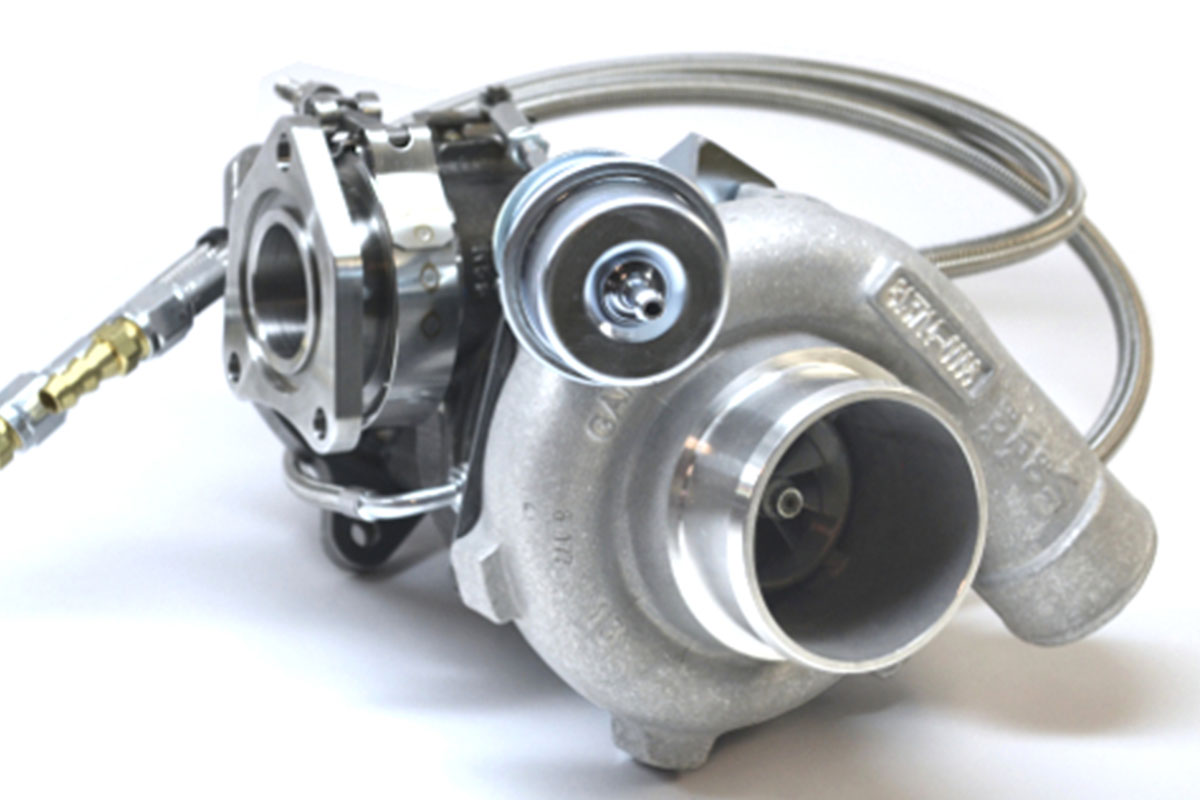 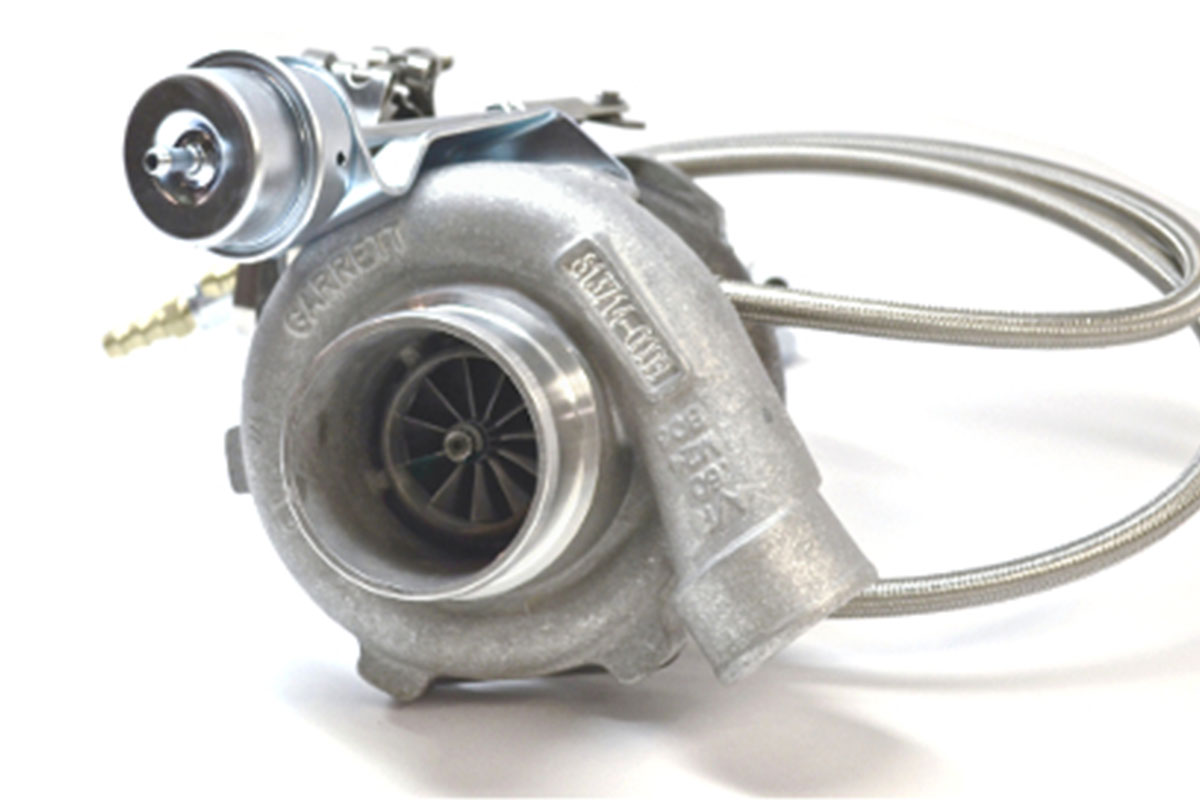 Although that horsepower number sounds very attractive, the drivability goes out the window. What was once a canyon carver and autocross machine will be transformed into a car that’s only good at roll racing. Personally, I would never run a turbocharger that large because that spool time would be horrible. Part of the reason everyone loves their ST is the insane low-end torque, and a GTX2867R completely throws that out the window.

More and more aftermarket turbo kits are popping up as time goes on. I would love to see more kits using the Borg Warner EFR turbochargers because they make big power with quick spool times.

Hybrid turbos are great for the stock turbo feeling with more top end power, but reliability is questionable. The GTX2860R is a great middle ground between high horsepower, reliability, and quick(ish) spool times. Anything larger than a GTX2860R will make massive power, but will only be good for roll racing, something the Fiesta ST was never designed for.