Let me start this off by saying that I love XJ Cherokee’s, I had one for my first car and I currently own one. But, there are 2 things that seriously SUCK about Cherokee’s. 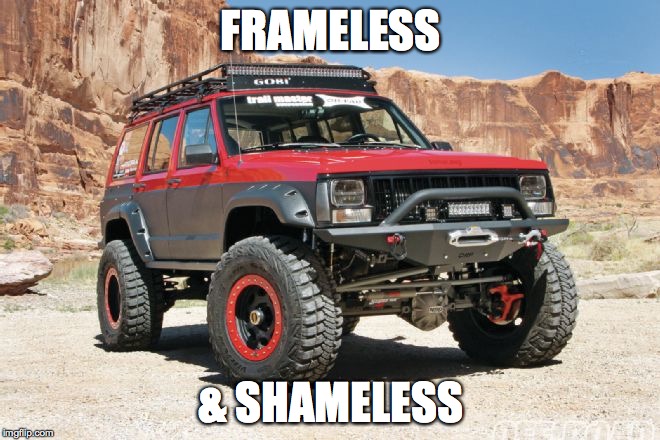 In case you didn’t know, XJ’s don’t have a frame, they’re unibody. Whats a unibody? A unibody means that the body of the vehicle is the frame. Instead of the traditional steel frame with a body bolted on top. Why go unibody? Well, it’s cheaper to build a vehicle with a unibody, and it’s also way lighter.

But, the unibody design comes with a huge downside, strength. If you flex out an XJ Cherokee, sometimes the unibody will twist, and make it impossible to open the doors of your Jeep. Sometimes it’ll even pop the glass in the hatch out. 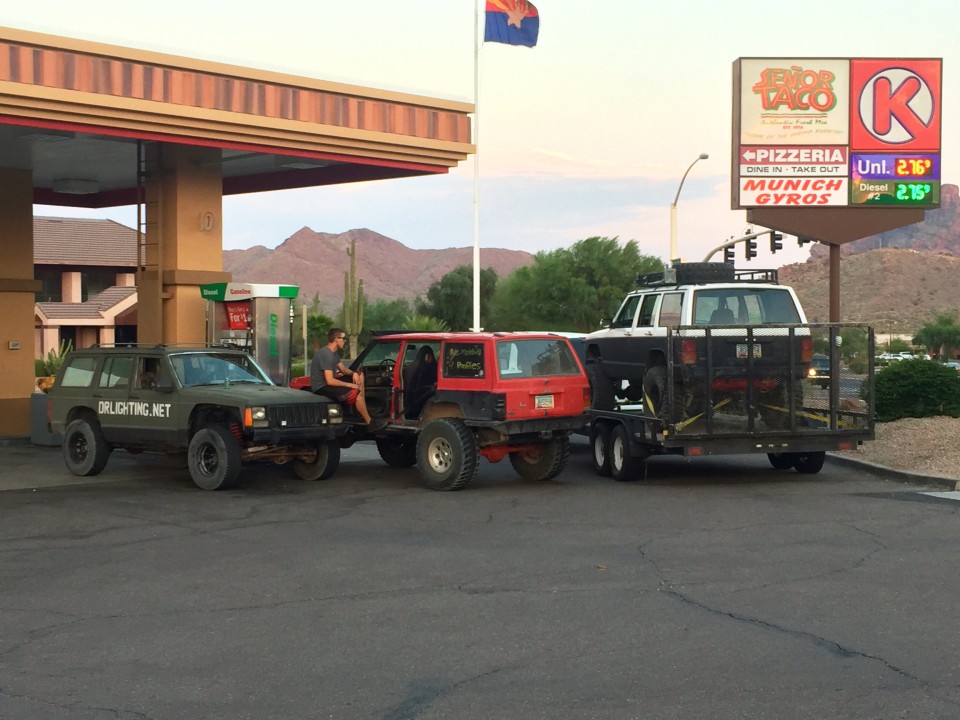 I think Jeep did this because the Cherokee was more of a station wagon family car when it came out in 1984, Jeep probably didn’t anticipate it being one of the most popular off-road vehicles of all time.

There are 1-ton axles, 3/4 axles, 1/2 ton axles, and then there are Jeep axles. They’re almost 1/4 ton axles, pretty pathetic right? Cherokee’s come with a Dana 30 front end, while the front end doesn’t need to be as strong as the rear, it still needs to be beefy. I can’t tell you how many times I’ve seen axle shaft u-joints explode when XJ’s are climbing up a hill, especially if they have a locking diff.

If you plan on running 35″ tires, I would seriously recommend upgrading to chromoly axle shafts, with beefier u-joints, unless you don’t mind being stranded in the middle of nowhere. Dana 30 also has a problem with the upper and lower control arm brackets, occasionally they shear off. 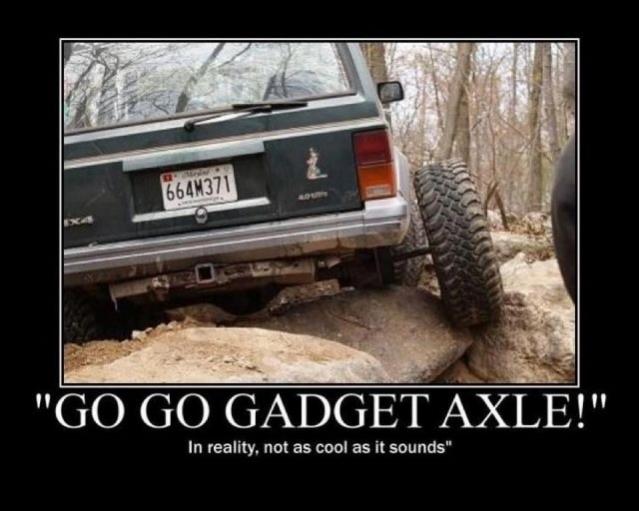 As for the rear, depending on what year XJ you have, you either have a Dana 35, or a Chrysler 8.25 and if you’re lucky you might have Dana 44, which came with the rare tow package equipped XJ’s. But, pretty much all Cherokee’s have a Chrysler 8.25, which is actually a pretty good axle, it’s fairly strong but it has one problem. It’s a c-clip style axle, what does this mean? It means that if you break an axle shaft, your wheel will fall off, and take part of the axle shaft with it.

Although tiny axles break a lot, there’s one good thing about them, low unsprung weight, which makes it handle better on the road, and sometimes off the road.

Like I said in the beginning, I absolutely LOVE Cherokee’s, simply because they never seem to die, they’ll always get you home. But, I really wish Jeep would’ve given them a frame and some real axles. Let us know what you think in the comments below!