It seems like, over the last few years at least, that lap times around Germany’s famed Green Hell have stopped falling. Don’t get me wrong, there have been some impressive runs, like last the Dodge Viper ACR’s farewell 7:03.03 run, the Mercedes AMG GTR’s 7:10.92 and the new front-wheel-drive hero Civic type R taking the wrong wheel drive crown with a time of 7:43.80. All incredibly impressive feats by both driver and car. Before we go further into this I want you to watch at least a minute of the Civic type R footage. It’s a quick car, no doubt, but I mainly want it to serve as a sort of palate cleanser. This is fast. The next two are insane.

None could take the top production car spot (6:57.00) from the 918 though. The ‘Ring King held its spot for an unprecedented four whole years. Then about six months ago Lamborghini (Porsche’s new stepbrother by way of corporate acquisition) decided something had to change. Lamborghini opened up Nurburgring war 2017 with a massive salvo to Porsche’s pride in the way of the Lamborghini Huracan Performante. 6:52.01 was the new standard. Watch that run below.

The Performante used, a more powerful 5.2 V10, all-wheel drive and in the words of Lamborghini themselves, “a hybrid aluminum and carbon fiber frame, the body is produced from aluminum in conjunction with significant use throughout…” as well as trick active aerodynamics they called “Aerodinamica Lamborghini Attiva” or ALA for short. I could TRY to explain how this works but it would basically end up with me slamming my fists down on my computer in frustration and typing “WIND MAGIC” in bold letters so here’s a video if that interests you.

At this point everyone on the internet called “FAAAAAAAAAAKE” and the footage and time was put to the strictest google-fu scrutiny. No one was ready to admit that it was real. No one thought that the automotive equivalent of a party boy who plays “Edward 40-Hands” and throws up all over the basement at your house party could make a car, from the factory, that could do this. Lamborghini is growing up…Fast.

Here’s where we start speculating. I like to imagine that soon after Lamborghini posted that time and accompanying video five well manicured, soft-spoken Germans stood up in different parts of Porsche HQ, donned lab coats and converged simultaneously on a room in the basement of Porsche Head Quarters. Like a group of silent speed hunting heroes. Die Rächer assembled and built this. The new 911 GT2 RS. 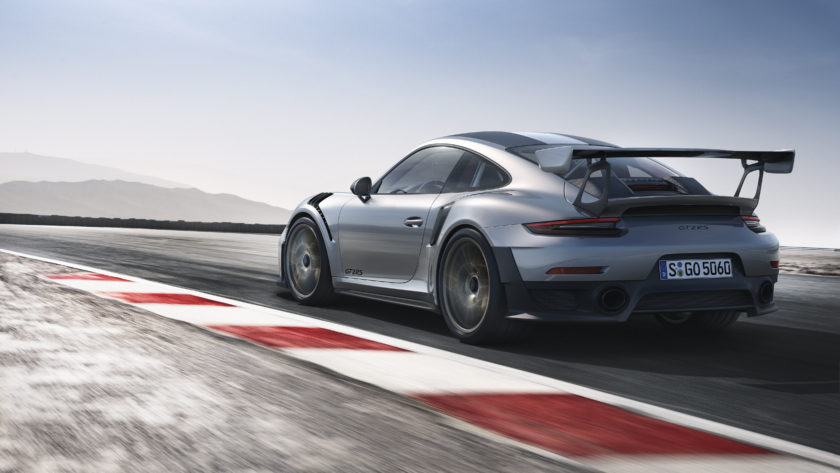 After debuting on the cover of the newest installment of “Forza” the GT2 RS started making rounds and slowly details were leaked. 700 hp, rear wheel steering, aerodynamic “Optimization” (whatever that means) and of course a super light curb weight courtesy of a stripped and caged interior and deletion of anything that wasn’t deemed necessary.

All of those little things came together make a machine capable of a blisteringly quick 6:47.3.

Without oversimplifying it and calling it a gussied up beetle the fact that the 911 could do this is stunning. The Lamborghini and 918 were less of a shock in my mind, they’re made to be supercars and hypercars. The 911, though I’ve never driven one, always shocks me with how well it does in tests and comparisons and the fact that this one could put down this pace is mind-blowing. The 911 is an anomaly, in its most basic guise, it’s a dentist’s plaything, a sports car that impresses your neighbors and clients. Because of this, they sell like hotcakes. Along with the Panamera, Cayenne and new Macan the 911 Carrera makes sure the company stays profitable.

The GT2 RS though is the same basic car, same chassis, same body as the one in your dentist’s driveway (Save a few panels) but it has been fiddled with to its full potential. It’s not a daily anymore, it’s a savage animal that wants to go out, hunt lap times and slaughter them with no remorse.