Nissan is a leader in the world of sports cars. Yes the Z lineup is pretty slow in a straight line when compared to its competitors, but it’s the most well rounded sports car on the market. When shopping for a used sports car many people look at the 350Z and the G35. They are very similar in many aspects, but which one is actually better?

The G35 is based off of the Nissan FM platform, which is shared with the 350Z and Infiniti FX. This new platform was lightweight, rigid, and handled excellently. When Infiniti released the G35 in 2003, it was a near instant success. It was so good that Motortrend gave it their Car of the Year award in 2003. The G35 was available in both a coupe and sedan. Most models were equipped with an automatic transmission but an optional manual transmission was available for most years. 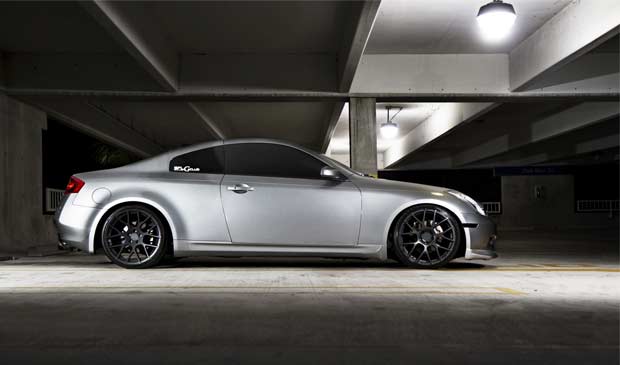 An optional AWD model used Nissan’s proprietary ATTESA AWD system. This AWD system is the same system that is used in the Skyline GTR.
More G35 information is available on Wikipedia.

Just like the G35, the 350Z uses the Nissan FM platform. The original replacement for the 300ZX was to recreate the 240Z, but that never worked out for Nissan. A couple years later they unveiled the 350Z, which was fairly similar the the 240Z concept. Eventually it was decided to give this new Z the VQ35DE engine, and it was a smashing success. 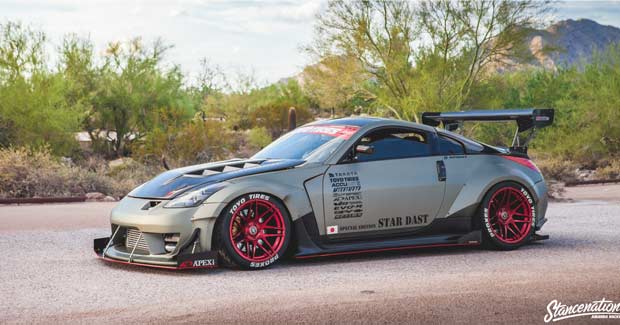 The 350Z was available as both a coupe and roadster (convertible). Like the G35, the 350Z was also available with both a manual or automatic transmission.
More 350Z information is available on Wikipedia.

Both the 350Z and the G35 have very similar styling characteristics. The G35 is quite a big larger than the 350Z, but that’s the cost of having rear seats. The 350Z comes from the Z lineup which is known for its short rear, and very long nose. The G35 received some of that Z styling, but with a slightly larger rear.

Both are exceptionally good looking, but the 350Z screams race car more than the G35 does. In my opinion the G35 has the better looking rear end. The 350Z has a better side profile and front end.

One of the biggest differences between these cars is the interior. The 350Z is a sports car with racing in mind. It has tight seats, lots of gauges, and little luxury features. It’s also only a 2 seater, and has a significantly smaller interior over all. People over 6’2 might have a difficult time getting in and out of the Z.

The G35 on the other hand is completely different. It is designed to be sporty just like the Z, but much more grown up. The G35 has larger, softer seats to accommodate the average user better. It has less gauges, and more luxury features. It’s basically a grown up version of the Z’s interior. The biggest and most obvious difference is that the G35 is a 2+2, which means you can actually take people with you. This could be a bad thing if you don’t like driving with more than just one passenger.

RELATED: Everything About Nissan’s VH45DE V8

To put this in simple terms, the G35’s interior is a grown up version of the Z’s interior.

Basically to put it simply, the 350Z is a boy racer and the G35 is a grown up racer. The G35 is larger and much more luxurious than the 350Z, but lacks on the racetrack due to the added weight. Money aside I would rather have a G35 for daily driving, and a 350Z for a weekend warrior track toy.