Nissan initially came to the US market under the name Datsun for fear of failure. With that Datsun name they brought the 240Z; since then they have been a top competitor in the sports car market. The Z family has changed a bunch over the years, but there are still some key factors that make them all related. Low roofline, squished trunk, and a long hood are features that every single Z has.

What about the most recent Zs? The 350Z and 370Z were incredibly successful sports cars, but which one is actually better?

After the success of the 300ZX ended in 1996, Nissan was a little unsure what to do with the Z. They created a new 240Z concept, but that was scrapped for fear of going backward. Eventually, Nissan showed the world their new Z concept, and they called it the “350Z”. The 350Z was a lot like the outgoing 300ZX. They both shared similar design features like the long hood, but the 350Z was designed to fit into the modern world.
Additional 350Z info on Wikipedia 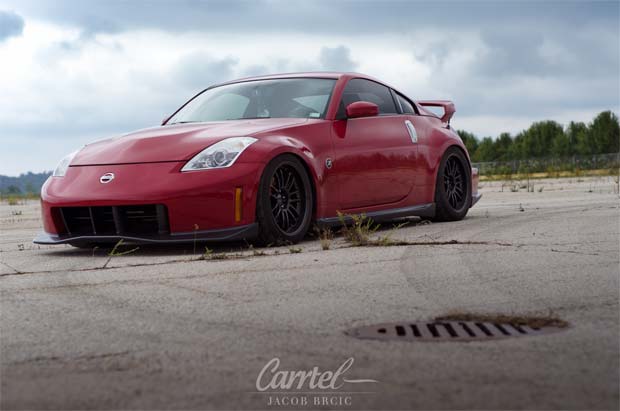 In Japan, the 350Z was known as the Fairlady Z Z33. Overseas many of the Z cars were named the Fairlady. The Z33 is the chassis code, which identifies this specific generation of Z.

Fast forward to 2009, and Nissan is now producing their next Z car. The all-new 370Z is the 6th generation in the Z family. The 370Z shares nothing with the outgoing 350Z. The 370Z is smaller, lighter, faster, and much curvier than the 350Z. It has a 4″ shorter wheelbase, 2.7″ shorter length, 0.3″ lower height, and 1.3″ wider body. What do all of these numbers mean? These numbers mean the 370Z is designed to handle better than the 350Z in every way possible.
Additional 370Z info on Wikipedia 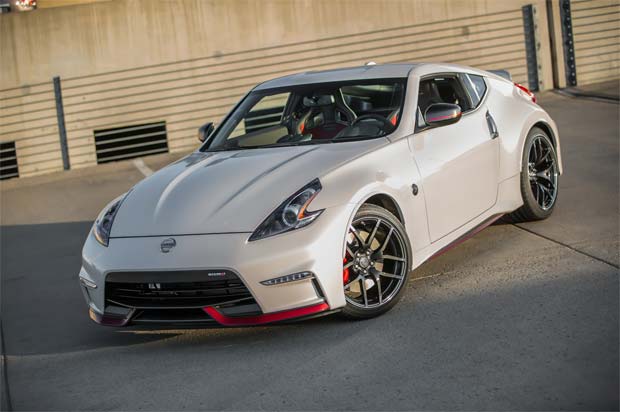 RELATED: How to Import a Car to The USA

I mentioned the 370Z has smaller dimensions than the 350Z. The odd thing is, the 370Z looks larger to me. They are obviously related, the overall shape is extremely similar. They’re both long, low, simple, with a simple fastback rear. The 370Z is much curvier than the 350Z. This was done to make it look more aggressive, but also much more modern. Just like countless other models throughout history, the successor is more curvy and modern looking.

The 350Z is a timeless design, it will never look dated. Sitting next to the 350Z it looks just as modern. That being said, I think that they’re both incredibly good looking sports cars. But the 350Z’s simpler design arguably makes it the better looking for the two.

This shouldn’t take you by much surprise; the 370Z’s interiors has features that weren’t even available on the 350Z. The 370Z also has a redesigned interior that feels more modern and more expensive. They both have features that are a tribute to the original 240Z such as the three gauges high up on the dashboard.

RELATED: Everything You Need to Know About Nissan’s VH45DE 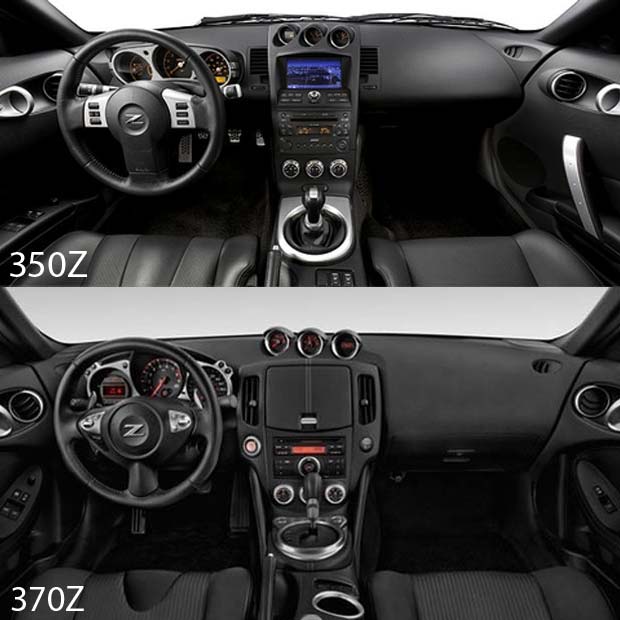 One thing that Nissan didn’t really change between these two is their race car feel. Everything in the cockpit is angled towards the driver, making it a true driving experience. The seats are mounted low, and they are surrounded, making it feel like a true race car.

So if you’re an enthusiast then this is the part that you actually care about. Which one of these cars is actually faster? Logic would tell you that the 370Z is going to be the faster of the two, but is it really? Let’s look at some of the 350Z’s numbers.

As you can see from these numbers the 350Z is actually pretty quick. It’s not “mustang” fast, but it’s plenty fast for the average person. These Japanese sports cars shine when the road gets twisty. The 350Z proved this by laying down as impressive 8:26 lap time on the Nurburgring. Now that we know what the 350Z can do, let’s look at the 370Z.

The 370Z is more powerful which isn’t surprising considering its larger engine. The interesting part is that even though it weighs 100 lbs more, it’s still faster in every single way. I am unable to find a Nurburgring time for the 370Z, but I would guess it would run 8:10 – 8:15 based on all the other numbers.

I hope this didn’t take you by surprise, but the 370Z is faster in every single way. Which is funny because I’ve never seen a 370Z on a track, but I’ve seen countless 350Zs on a track. This is probably due to the price difference.

With that out of the way, we can return to the subject at hand: Which one is more reliable? Unfortunately, I was unable to find any concrete numbers regarding the reliability of these two. So I resorted to the forums, and I found that most Z enthusiasts both are incredibly reliable. This is odd considering the chart above shows that Nissan is below average in terms of reliability.

Unfortunately, we are all limited to price. For this single reason, most people will never get to own their dream car. Both the 350Z and the 370Z can be found used for a fraction of their original price. The 370Z is obviously going to be more expensive, it’s newer. Something you need to understand is that automobile prices vary by location, age, mileage, seller motivation, the number of problems, and luck. These prices I’m going to quote you might be entirely different from the prices that you find.

This is a tough decision to make. Both the 350Z and the 370Z are incredible sports cars. They have both set the bar for all of their Japanese competitors. Due to 350Z’s lower price, I think it’s the better option. Yes, it is slightly slower, but with the money you save going with a 350Z does it really it matter? That money can be used for suspension, brakes, and tires. A 350Z full of modifications is going to be way faster than a 370Z. Let me know what you think in the comments below!