When Nissan initially came to the US market, they operated under the name “Datsun”. This was done in case of failure, which would damage the Nissan name. Fast forwards to 1970 and Datsun is producing the 240Z. The 240Z was an answer to Toyota’s 2000GT which ultimately failed. The 240Z was a massive success, and has created an entire Z family. If you’ve ever been into 240Zs or 280Zs, then you know that the debate between them is tense. Which one of them is actually better? Let’s dive in and compare 240Z vs 280Z.

In 1970, the 240Z was introduced to the American market by the president of Nissan Motors USA Operations. The early 240Zs were known as the Series 1. The Series 1 had subtle differences from later cars such as badges in different locations. The 240Z came standard with a 2.4L inline six, with a four speed manual transmission. The 240Z also came standard with fully independent suspension front and rear. This was very different from the standard US sports car which was solid rear axle.

Fast forwards to 1975 and Datsun is making the 280Z. The 280Z featured a larger 2.8L engine. This was done by enlarging the bore of the L24 engine to create the L28 engine. The 280Z also featured a much more reliable Bosch L–JETRONIC fuel injection. Due to popular demand the 280Z was more luxurious than the outgoing 240Z, and it had a much smoother ride. The 280Z was heavier than the 240Z, but with the increased engine size it was just as fast.

The 240Z and the 280Z share identical bodies. The only differences would be badges, blinkers, and others very small details. Even the 260Z shares nearly everything on the outside. Overseas the 280Z was available as a 2+2, which looks far different than it standard two-seater configuration.  Overall both at 240Z and the 280Z are incredibly good looking vehicles. 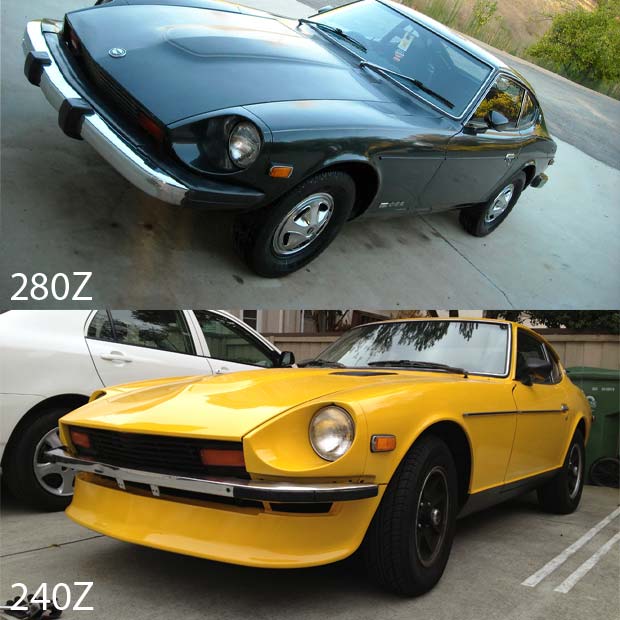 As you might have already figured, the numbers in Z car names have a meaning. “240” refers to the 2.4L engine that it came with from the factory, and “280” refers to the 2.8L engine. Like I mentioned before, the 280Z’s engine is a bored out version of the 240Z’s engine. 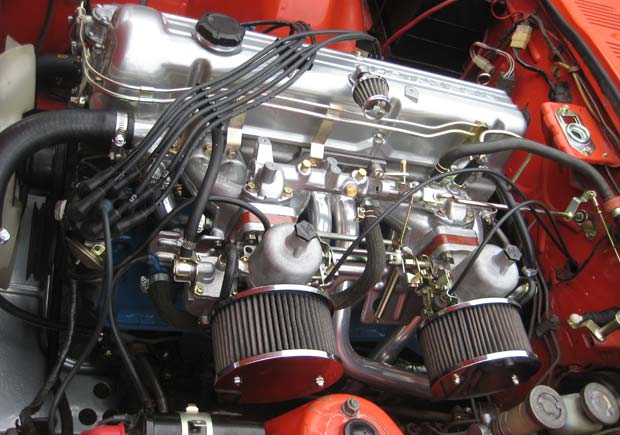 I know what you’re thinking; “how does the 240Z make just as much power as the 280Z?”. The reason they make the same horsepower is for various reasons, but mostly the lowered compression ratio. Interestingly enough the 280Z makes 15 lb-ft more than the 240Z. That extra torque makes the 280Z more fun to drive from stoplight to stoplight.

Up to this point the 240Z and the 280Z are basically identical. Other than the engine size they are extremely similar. Most people prefer the 240Z because it weighs less, and can make a slightly better track car. I personally agree with that; I would prefer the 240Z simply for the weight advantage. Which one do you prefer? Let me know in the comments below!