I have now written about my first vehicle, my second vehicle, so now it’s time to write about my seventh vehicle. Some of the other ones were boring vehicles so i’d rather not bore you with them. Anyways, here’s the story of my 1999 Land Rover Discovery II.
Please excuse any poor quality photos, at the time my iPhone 4 had a very scratched photo lens.

Our Land Rovers together. Mine is on the left. 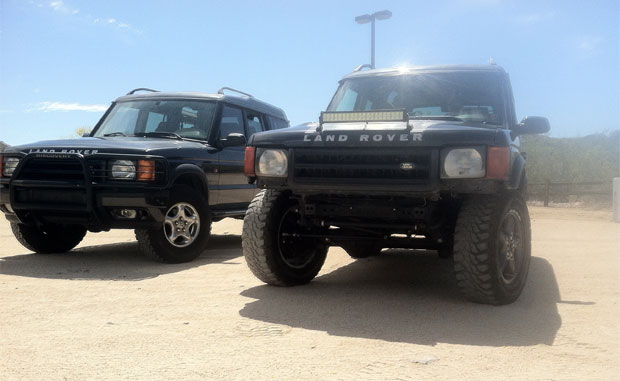 My friend’s Land Rover has been through hell and back. It has been on trails all over Arizona, and been driven very hard off-road. If his Land Rover was still holding together, I figured that the one on Craigslist probably would too.

Going to Buy the Land Rover

The ad was pretty straight forwards, and made clear that the vehicle had been sitting for a while. The next day my friend and I hopped in his Land Rover to go look at what could potential become my Land Rover.

The Land Rover was covered in dust and spider webs, had a dead battery, a flat tire, and looked rough. But, the interior was in nearly perfect condition, and once we threw a different battery in it ran great. The owner needed to find the title and get it notarized so we went down to Burger King for lunch.

At the owners house. Mine is the one in back. 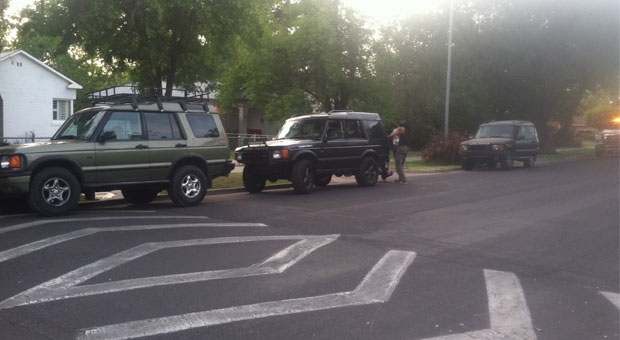 About an hour later we returned to the owners house and handed him $1,700 cash, and called a tow truck. The tires were in very bad condition from sitting for so long, so I wanted to get it towed (It was all highway driving on the way back).

When it Ran Good

After washing off years of dust and grim, we found a really nice looking Land Rover underneath. It ran pretty good, and drove pretty good. After a few minor repairs I drove it all of the place for about a month. It was so amazing to drive. It rode super smooth, handled great, and it was super quite. It was hands down the nicest vehicle I had ever owned by a long shot. 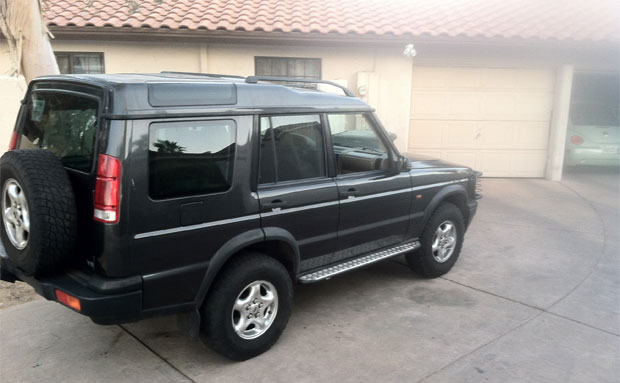 Unfortunately, all good stories come to an end. I was supposed to go to a wedding, and I decided to get some fast food before I left to go to the wedding. While I was sitting in the drive-thru I saw the temperature gauge rise higher than it was supposed to at idle. I immediately shut the engine off knowing that something was wrong.

After painting wheels & side steps 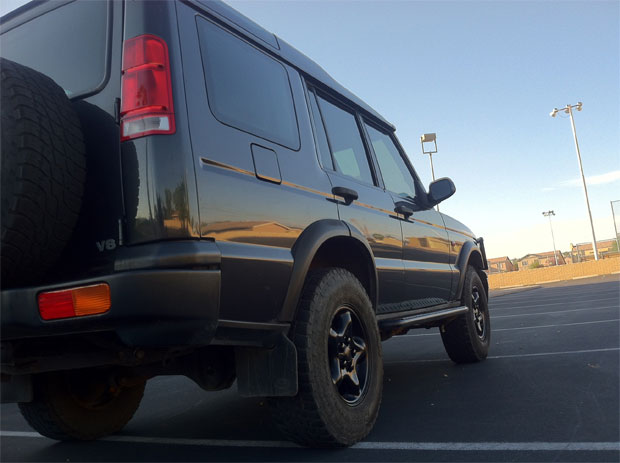 After eating my food in the parking lot I investigated under the hood and found that there was no coolant in the system. This seemed odd since it had never leaked coolant, so I assumed that the head gaskets may have gone bad. I limped it home and parked it.

Before the issue of disappearing coolant I encountered an entirely different issue that nearly killed the engine. I was driving when all of the sudden the engine started making a lot more noise than normal. I knew it was from low oil pressure and stopped for oil immediately. After putting a quart or two in, it was still making lots of noise.

I didn’t find anything out of the ordinary, so I was forced to limp it to my buddies house with nearly no oil pressure. By the time I made it to his house it sounded like a diesel truck. We dropped the oil pan to find that there was a few inches of nearly solid sludge in the pan. The thick sludge had pretty much blocked the small mesh screen on the oil pickup tube.

RELATED: 8 Reasons Why the Discovery II is so Awesome

After hours of oil pan and pickup tube cleaning we reassembled everything and the engine ran perfectly fine. I was very lucky that there was no permanent engine damage at all. I changed the oil a couple hundred miles later and found no metal shavings. Talk about good luck!

After it was parked for about a week I decided to disassemble the engine. We got the engine torn down completely, and didn’t really find any sign of a bad head gasket. It sat for a month or two taken apart due to lack of funds. After what seemed like forever, I bought a top end rebuild kit and got the heads machined. 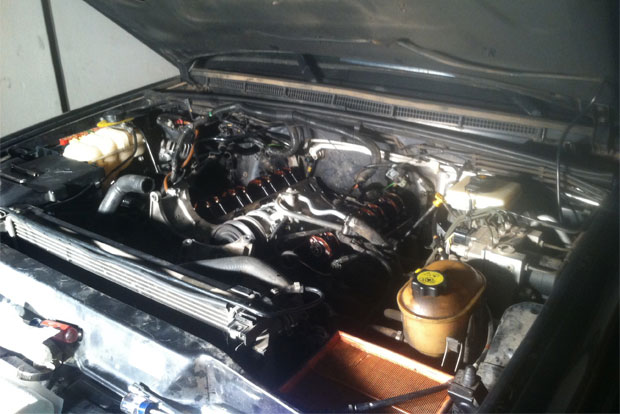 We reassembled the engine, and it fired right up. It seemed to run great, so I went back to driving it regularly. Eventually though, it tried to overheat. Once again there was a lack of coolant in the system. Just like before it wasn’t leaking, so where the heck was it going? 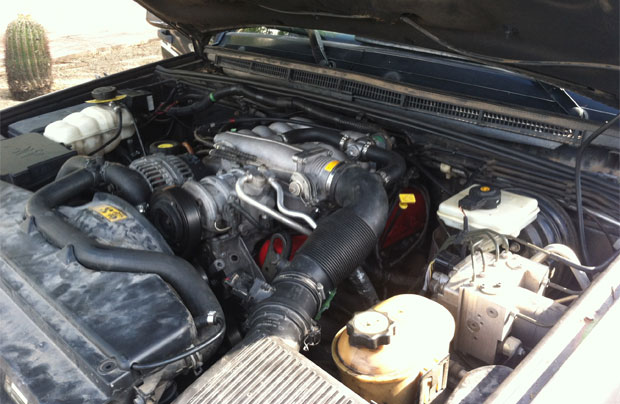 After some research I came to the conclusion that the engine essentially was unrepairable. The cylinder sleeve was more than likely slipped. This required replacing the engine block, which I was not game to do. If I cared about that vehicle more then I would’ve found a used engine and thrown it in there. Since it was broken almost the entire time I owned it, it never grew on me and I really didn’t feel like doing an engine swap on it.

It sat for a little bit longer after I realized the engine was terminally damaged. Eventually, I put it up on Craigslist and a few people looked at it. However, the people that looked at it didn’t seem like they would know how to repair it if they bought it. Eventually somebody drove a couple hours to see it.

The person who came to see it was an avid Land Rover enthusiast and understood everything I told him. He understood the issues and was up to the challenge of repairing it. So, I sold it to him for around $2,000 (I can’t remember the exact number).