Back in the early 2000’s, drifting started to become popular in America. Before that it was basically just a Japan thing. With the rise in popularity of drifting, the 240SX has also risen in popularity. Now, don’t get me wrong, drifting is cool and all. But, I’ve always wondered, is the 240SX only good for drifting, or is it good for anything anything? Why would I want to even buy one? Before I tell you why you need an S13 coupe in your life, let me tell you what a 240SX is.

Now that you know a little bit about the S13, lets dive in and talk about what makes the S13 coupe so awesome.

Wether you love or hate the styling of 1990’s Japanese cars. You’ll probably agree that the S13 coupe is one of the best looking JDM cars ever. Why do I say this? Well, it represents Z cars from the past, with its low roof line, long hood, and simplistic body lines. Now, thats not to say its perfectly designed. Im sure in the 1990’s the S13 coupe was a killer when it came to its looks, but today in 2016 it does look a little dated. Thats not necessarily a bad thing, just something I would like to point out. 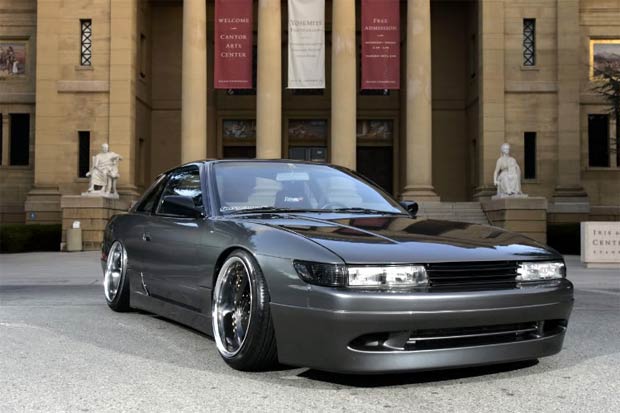 The funny thing about the JDM scene is that more is generally less. What I mean by this is that most JDM car owners stay away from body kits, as they’re no longer in style. But, S13 coupe’s are totally opposite. S13’s just look weird with-out a body kit, they just seem to work perfectly on that body. Maybe its the simple body lines, maybe its something else. But the S13 coupe looks amazing when a simple body kit is bolted on top it. Silvia front end swap’s can also make a world of difference, making the S13 coupe look much more modern. I have nothing against pop-up headlights, but the Silvia headlights look way more modern.

Well, its no secret that JDM cars generally have a large aftermarket. But would you believe me if I told you that the S13 is the most modified car in the world? Finding a completely 100% bone stock S13 coupe is nearly impossible, and may take you up to a year of searching to find one. Now, is that a bad thing? Well, that depends on how you look at it. If you ask me ill tell you its not a bad thing at all. Thats means that there’s tons of manufacturers making nearly the same exact parts as each other. That means that prices for everything get driven down to insanely low prices. 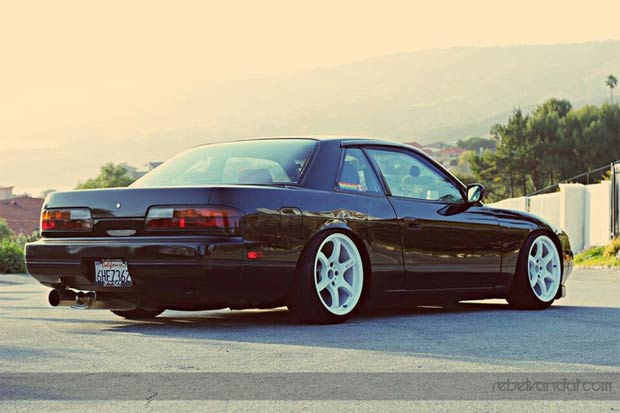 Also Read: 1JZ vs 2JZ: Which One is Better and Why?

That also means that manufacturers are looking for new ways to make a buck. Which means they develop pretty cool stuff for the S13. Most cars like Mustangs for example have engine swap kits available on the market. But, the S13 has more than just swap kits. You swap a 1JZ into your S13 coupe with a swap kit. But what happens when you want to swap a single turbo onto your 1JZ swapped S13 coupe? Normally you’d have to know how to fabricate and build your own kit. But, with the S13 you can buy something like a single turbo swap kit for 1JZ swapped S13’s. Pretty crazy right?

Since the S13 coupe wasn’t Nissan’s first rodeo when it comes to building a good sports car, they really knew what they were doing from the start. They kept power fairly low, but not low enough to make it boring in a straight line. They really put their time on making it handle excellent, and man did they do a good job. Why do you think everyone uses S13’s for drifting? You want your handling to be predictable and progressive, and thats exactly what the Nissan did with the S13. Motor trend actually called the S13 one of the best handling sports cars ever when it was brand new. 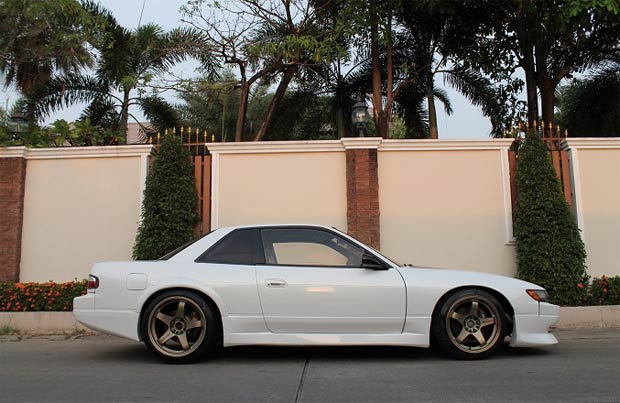 Back to the power, the 240SX came with a whopping 140 horsepower from 1989 to 1990, and a massive 155 horsepower from 1991 to 1994. Now, I know that sounds pathetically slow. But, you have to remember that the S13 coupe only weighs in around 2,700 lbs. So yes, it is kind of slow in a straight line. But so are the BRZ and FRS, thats not their main selling point though. Nissan took the same approach with the S13 coupe back in the 90’s, its made to fly down a twisty mountain road at super car cornering speeds.

You didn’t think we would talk about S13 coupe’s and not cover the topic of drifting did you? Of course, the S13 is known for its drifting capability, and its a championship winning chassis. Its the choice for almost all amateur drifters, and the choice for quite a few professional drifters. 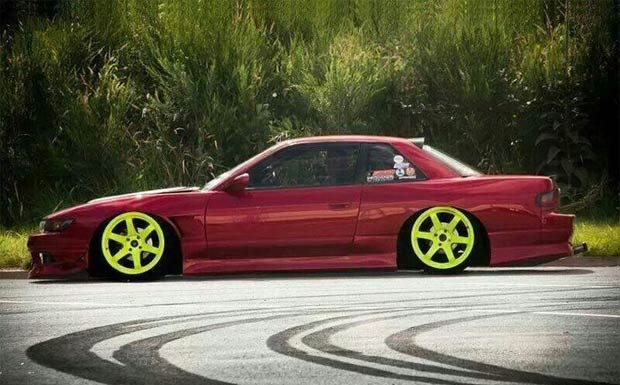 Why is it so popular with drifters? Well, like I mentioned earlier, you want something that handles pretty predictably and progressive. If you throw the car sideways the last thing you want is for it to surprise you with a direction change.

Also Read: Heres Exactly Why the S13 is Used for Drifting

I know quite a few amateur drifting who have switched from something like an AE86 or Fox Body Mustang, to a S13. Why is this? Well, a big reason to switch chassis’s is for the aftermarket backing. See, in drifting you need a lot of steering angle. Well, a few companies make insane steering kits for the S13 chassis, but not for other chassis’s. This means that S13’s have a big leg up on the competition when it comes to how sideways they can get mid-drift.

So, the S13 coupe is sexy as hell, especially when the right body kit is bolted up to it. But its also an excellent handling car, in stock and modified forms. It also has one of the largest aftermarkets in the world. If you ask me the S13 coupe is the perfect JDM car. If you liked the article be sure to share it!