Over the past couple of years the JDM scene has blown up more than ever, and with it so has the “VIP” scene. “VIP” is basically taking a a luxury sedan, typically a Japanese one, and slamming it making it cool looking on the outside, but still extremely luxurious on the inside. What’s one the most popular JDM luxury sedans ever? The Lexus LS400 of course! Heres 4 things that make the Lexus LS400 the ultimate JDM sedan.

Now, I know what you’re thinking. The LS400 is butt ugly, why would you bring the styling up? Well, to be fair, I used to think the LS400 was one of the most hideous cars i’d ever seen, but it grew on me. It grew on me in a weird way, it has this strangely elegant shape, but it definitely looks like a japanese sedan, but with some sort of german twist. Maybe its the simplicity of the design and its boxiness. Its almost like a german company came in and helped Lexus out with the styling when they designed the LS400. 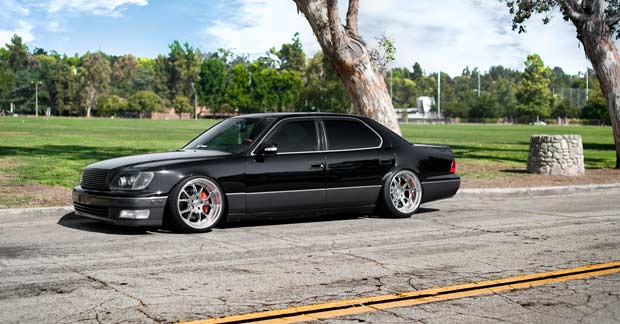 Whats funny is how related it looks to the Toyota Cressida. They both share a boxy-ish design, both have long horizontal tail lights, both have boring box shaped head lights, and both have a Japanese style to them. Is this a bad thing? Not really if you ask me. I think they both look boring quite frankly, but boring in a really good way. The JDM scene is all about being different and innovating.

Thats what LS400 owners are doing, they’re modifying a car that no body would otherwise really look at and they innovated the whole “VIP” scene.

This is where things get interesting. If you know anything about Toyota V8’s, you’d know about how they are literally bullet proof, and can hold up to loads of power. The LS400 came with the 1UZ-FE, which was a 4.0L V8 with dual over head cams. It was one of the first V8’s to cheaply and reliably be over head cam. Now, unfortunately the 1UZ took a back seat to the 2JZ, which is all anyone talks about when it comes to Toyota engines. But, the 1UZ was, and is, one of the most legendary V8’s ever. 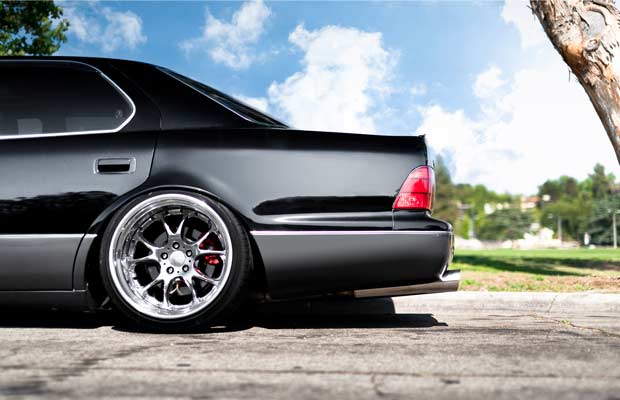 Back in the 90’s, the 1UZ’s 250 horsepower was more than enough to push the big heavy LS400 around. Think about that for a moment, 250 horsepower out of a naturally aspirated 4.0L V8. Chevrolet and Ford were barely making that much using 5.7L’s and 5.0L’s. If thats not a testament to the amazing engineering behind the 1UZ, I don’t know what is. But Lexus didn’t stop there, they spent a considerable amount of time engineering a suspension system that was both incredible comfortable, but not boat-like when it had to hit a corner.

The interior of the LS400 raised the bar for all future luxury cars in my opinion. Actually, most of Lexus’s cars had interiors that raised the bar for the segment. Lack of scratchy plastics and hard plastics and materials make the inside of the LS400 feel like your sitting on, and inside of a marsh mellow. I know thats a weird way to describe it, but its seriously that soft, subtle, and amazingly comfortable. 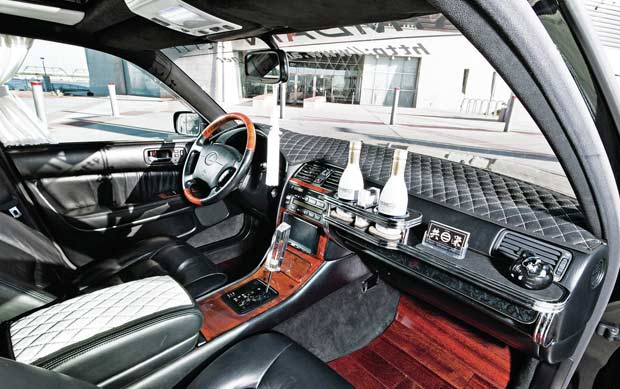 The beautiful wood trim on the steering wheel makes you feel like you’re driving a roll-royce, and the wood trim down by the shifter reminds me of what its like the drive a Land Rover. Of course, like everything else on the LS400, Lexus didn’t stop there. The added an incredible sound system that  seriously blows all other 90’s cars at that price range out of the water.

Check Out: 1JZ vs 2JZ: Which One is Better and Why?

Also, out of every car I’ve ever driven in my life. Which includes brand new Mercedes, old cars, new cars, and everything in between. The Lexus LS400, and even the Lexus SC400, have the most amazing air conditioning  system ever, you can turn the inside of your Lexus into an igloo when its 110* outside.

1. Its Becoming a Classic

The LS400 is starting the wander into the age where it becomes what some would consider a classic. Depending on the model year you buy, your LS400 could be as old as 27 years old. Thats pretty old if you ask me, anything over the age of 25 years old is typically considered a classic. Hell, you could even register it as a historic automobile and not have to face emissions testing in the state of Arizona. 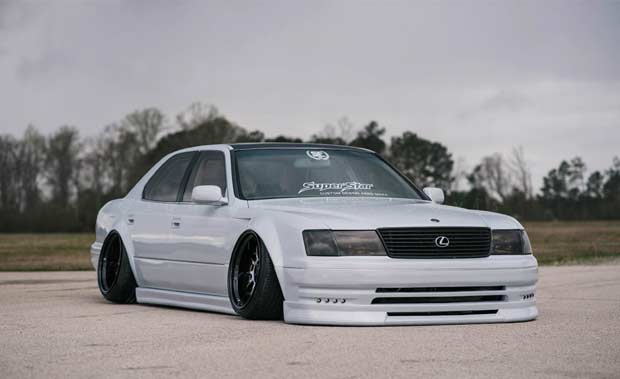 Regardless of weather or not you can register it as a historic vehicle is not the point though. The point is, its right on the edge of becoming a collectors item, and rocketing in value. So if you were the go out and buy an LS400 today, in 10 years you could sell it and probably make over $10k profit as long as you keep it in decent condition.

Also, since its a unique car in the first place, being the first good luxury car to come out of Japan, its already kind of an oddball car, when you combine that with it becoming a classic, and it becoming rarer and rarer every day, you get quite an interestingly sought after car.

The Lexus LS400 flipped the luxury car game on its head with its incredible list of parts and features. It rode amazing, the interior was amazing, the engine was amazing, and now in 2016 its becoming a classic. The LS400 was also a technological feat for the automotive industry, featuring over 300 technological innovations, all at one hell of a price. The LS400 was thousands cheaper than its nearest competitor, and quite frankly it should’ve been thousands more when you consider how amazing it was compared to its competition. If you liked the article be sure to share it with your Lexus friends!