You’re into BMWs, specifically the larger, more luxurious BMW models. Maybe you love “M” cars, and day dream about owning one, one day. Either way, you’re interesting in learning more about “M” cars. Which one is better? The M5 or the M6? It really depends on what you want out of a car. Both are extremely luxurious cars. Both come with the same twin turbo V8 that outputs an insane amount of horsepower.

For this comparison we’ll look at the F10 M5 and the F12 M6. This just keeps us all on the same page, and makes the comparison as fair as possible.

The M5 isn’t nearly as talked about amongst the car community when compared to other “M” cars such as the M3. This is probably because it’s designed for the “older” crowd and I don’t fit into that demographic. The M5 has come with a host of different engines over the years. Everything from inline-6s, to v8s, to v10s. 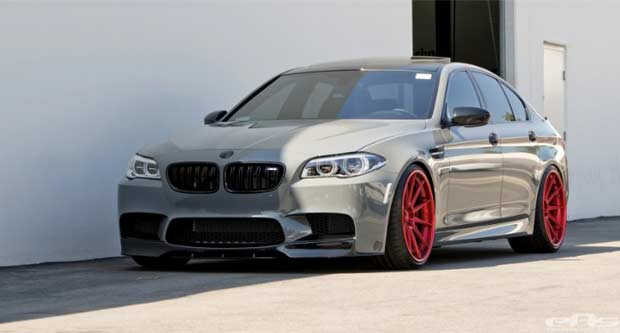 The F10 M5 is equipped with a twin turbo V8 that outputs a ridiculous 560 horsepower and 502 lb-ft of torque. This is 60 more horsepower and 122 lb-ft more than the out-going E60 M5 with it’s V10 engine. That’s the magic of turbos!
More M5 info on Wikipedia 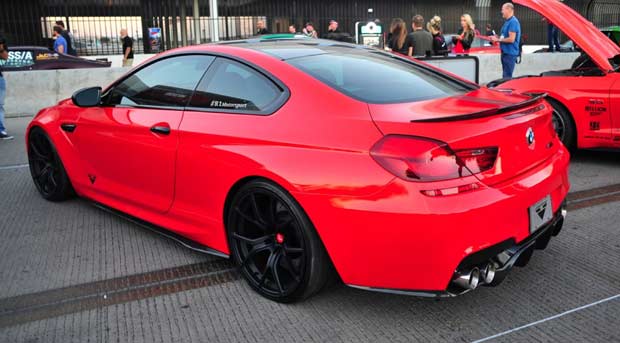 The new F12 M6 is equipped with the same twin turbo V8 that’s in the M5. It makes just as much horsepower and torque. Something different with the new M6 is the ability to purchase it in a coupe, sedan, or convertible. The old M6 was only available as a coupe and convertible.
More M6 info on Wikipedia

We’ve talked about the BMW numbering system in many of our other articles. The larger the number (5 series, 6 series, 7 series, etc.), the larger and more luxurious the vehicle. Going by this logic will tell you that the M5 is smaller than the M6, but that’s actually not the case.

RELATED: M3 vs M5: Which One is Better For You?

Here are the dimensions of the F10 M5:

Now here are the dimensions of the F12 M6:

The M5 and the M6 are nearly identical in total length, but the M6 is 3.2″ shorter, and 1.1″ wider. The M6 is basically made to look more aggressive and more futuristic, with it’s low and wide stance. Another odd thing is that the M6 has a 4.5″ shorter wheelbase, which helps with handling.

If you are a die hard car person, then this is the part you’ve been waiting for. Which one of these is actually faster? Faster is always better especially when you’re paying this much for a performance car.

Here are the same numbers for the F12 M6:

As you can see from these numbers, the M5 and the M6 are nearly identical. The only performance differences are probably due to the driver doing the testing, and the conditions of the test track. To put it simply, these cars are completely identical in terms of performance.

This shouldn’t surprise you much, but BMW produces very expensive luxury cars. Unfortunately “M” cars are much more expensive than their standard models. After all, performance parts are not cheap. The F10 M5 starts at $94,100 for a “base” model, and with options can easily exceed $120k. The F12 M6 starts are $113,700, and can exceed $130k with options. 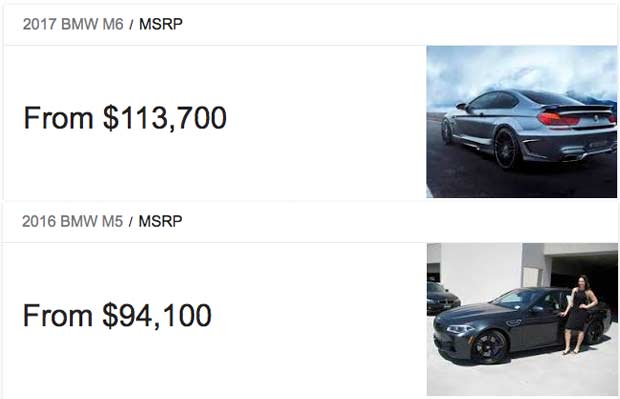 What do you get for that extra $20k? Well not much as far as I can tell. You get the same engine, same transmission, and similar handling characteristics. You also get nearly identical performance numbers. The M6 is going to be harder to fit 4 adults in due to the lower roofline. You’re basically paying an extra $20k for a lower and wider body.

When I wrote this article, I knew that the M5 and the M6 were very similar. I didn’t know that the M6 was nearly $20k more than the M5. Knowing that you’re basically getting nothing for the massive price increase, I think it’s rather obvious which one of these cars is better. The M5 is just as fast, has more interior room, and is $20k cheaper. Let me know what you think in the comments below!