So, you’re thinking about purchasing a Range Rover or Land Rover. Maybe you just want to know if they are reliable but wouldn’t actually own one. Either way, you’ve probably heard tons of horror stories about their reliability. Are they actually as unreliable as people claim? What if people actually took care of them? What about the older Land Rovers, you know, the safari type ones? Well, first let’s look at Range Rovers and Land Rovers of old.

Ah, the golden ages of off-roading. Back when Range Rovers and Land Rovers built their vehicles like absolute tanks, as were most off-road vehicles. Land Rover based the Defender on the original “Series” Land Rover. They built the Defender for off-road exploration and utility usage. Wanted to go to the middle of the desert and camp-out? The Defender was always up to the task. But, was it reliable? Well, if it breaks down when you’re out on a crazy excursion you’d be screwed. For this reason, Land Rover built the defender to withstand the harshest of conditions, and maintain its reliability for the long term. So yes, it was fairly reliable. Was it a Honda Civic or Toyota Corolla it terms of long-term reliability? No, but neither was its main competitor the Jeep. However, it’s other competitor the Toyota Land Cruiser is arguably the most reliable of them all. 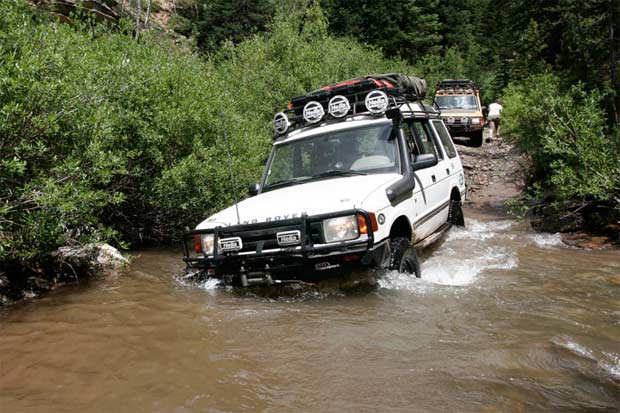 RELATED: Jeep vs Land Rover: Which One is Better?

Fast forwards in time and Land Rover is producing the Discovery I. You can literally watch any safari type of movie ever, and you’ll probably see either a Defender or a Discovery I somewhere in the film. Much like the Defender, Land Rover built the Discovery I around the off-road lifestyle. It was tough, it was spacious, and it could go nearly anywhere. But, was it reliable? Just like Defender, it was pretty reliable, especially the diesel models. This is also around the time that Land Rover really start to shift their focus on creating luxurious vehicles. 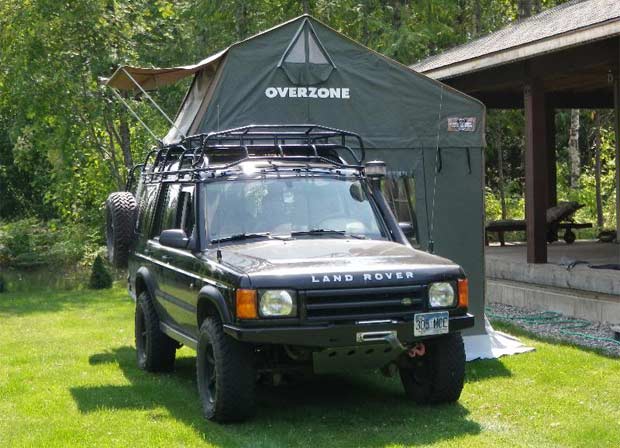 Fast forwards even more and you have the Discovery II and the Range Rover P38. Just like the vehicles before them, Land Rover built them for rough off-roading and utilitarian usage. But, Land Rover realized its customer base was looking for more than just an off-road vehicle. They wanted something more. They wanted better on-road handling and more luxury features. Land Rover started to implement features such as air suspension and active anti-roll bars. While these features made for excellent road manners, they can cause major issues later down the road.

Well, both myself, and Kristoffer Smith write for this website. We have both have owned a Discovery II at some point in our lives. So, how was our experience in regards to our personal Land Rovers?

Bryce’s Land Rover: Well, let me start this off by saying my 1999 Discovery II cost me $1,500 and hadn’t moved in over 3 years. The fellow who owned it before me took the fan off of it and put it on his other Land Rover because it broke on his other one. He never replaced the fan he took off, and let this Land Rover sit for years. 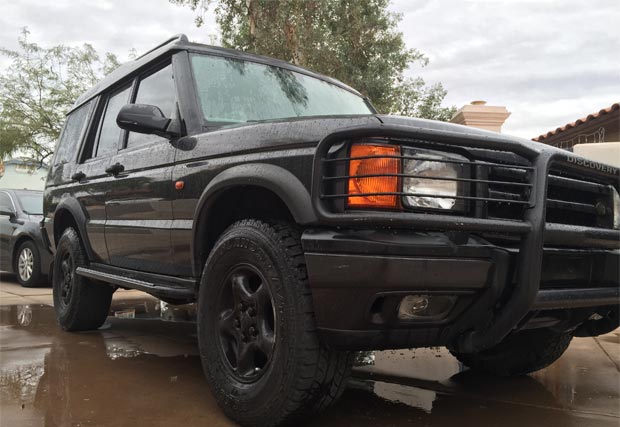 I purchased it, drove it around for a while until I realized it was eating coolant. I assumed it was head gaskets, so we rebuilt the entire top end of the engine. It seemed fine until a month later it was out of coolant again. Come to find out, the engine had a slipped cylinder sleeve and basically needed a new block. A slipped sleeve can happen if the engine overheats badly. I decided doing a block swap was to much work, and sold it a few weeks later to a Land Rover enthusiast for $2,200.

So my personal Land Rover wasn’t very reliable, but that was because the previous owner had let it overheat pretty badly.

Kristoffer’s Land Rover: My 2000 Land Rover Discovery II has had more issues that I can count. It has minor leaks on everything, the window gear will eventually break on most of the windows including the sunroof, and there are factory flaws in many of the electrical systems.

While I could go on for days about how broken this truck gets every year; at the same time, I have always trusted that it will pull through on an adventure. The solidly built ladder frame and beefy front and rear axles make this truck a tank at heart. I have taken my Discovery through the desert, across frozen forests, and up the summits of dormant volcanos. It did off of this while being my daily driver to work and back every day for the last 5 years.

When you treat these vehicles right, they will be good to you for many years to come. My Land Rover has just under 200k miles now and is in the process of getting some well-deserved upgrades to the suspension after the many years of abuse.

What About The New Models?

The Discovery II and the Range Rover P38 were the pivotal points for Land Rover’s mission. They still had off-roading in mind when designing them, but definitely focused more than ever on how they performed on the street. After all, most Range Rover and Land Rover owners will never actually take them off-road. So it would make sense to make sure the vehicles that they are building perform well on the street because that’s where the vehicle will be for most of its life. The P38 is nearly as off-road ready as the Discovery II, but it featured more luxury features. Basically, Land Rover designed the P38 Range Rover for street use. 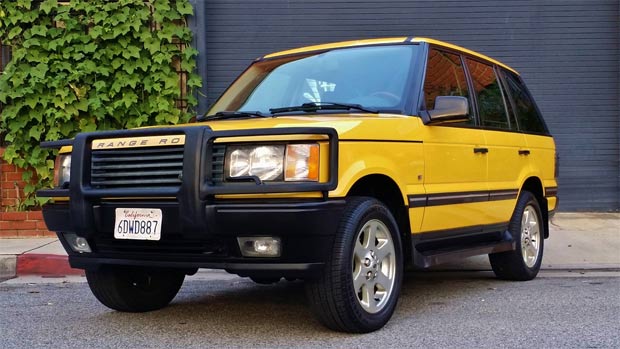 Essentially, Land Rover designed every Range Rover after the P38 focused more and more on road manners. Can you off-road a newer Land Rover or Range Rover? Of course, but they don’t do as well as they used to. Big rims, super low profile tires, independent suspension, heavy curb weight, terrible approach and departure angles, these are all things that make newer Land Rover and Range Rover bad off-road. 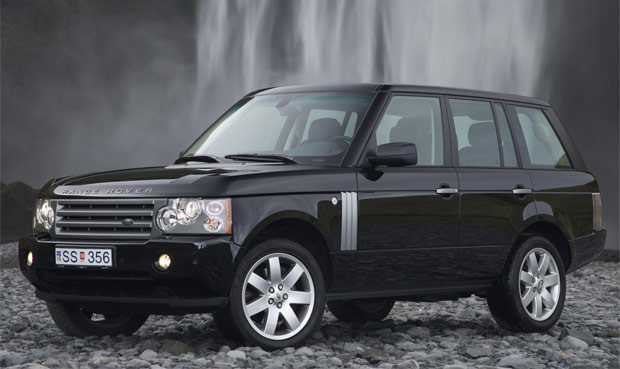 What does its off-road ability have to with its reliability? Well, if you know anything about off road racing, then you’d know that the vehicles are built extremely tough. When you are off-roading, the vehicle can go under some major stress. If it’s not prepared to be driven through super rough terrain, in remote locations, then it will end up breaking really easily. When you are in the middle of the 110* desert, 50+ miles away from civilization, the last thing you want is your vehicle to break. Basically, off-road ready vehicles will be more tank-like than standard road-ready vehicles.

So Are They Reliable?

So are they actually reliable vehicles? Well, yes and no. The older ones are much more reliable than the newer ones, but that is true with nearly all automotive brands. The older Land Rovers were known for their off-road ability and could be seen in nearly any Safari movie or video. So, what happened that made them less reliable? Well, a change of course in the Land Rover company. 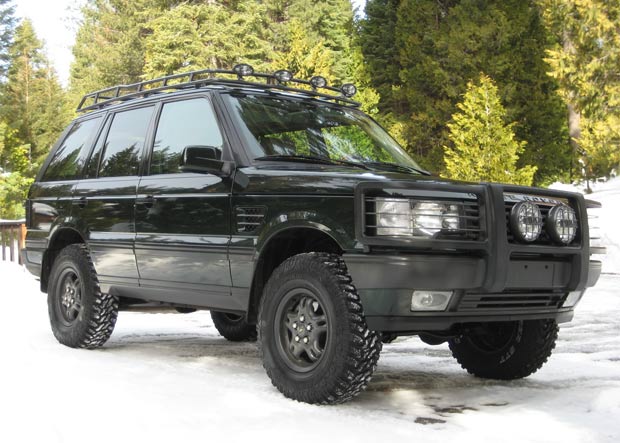 RELATED: Is The Discovery II The Last Real Land Rover?

Something I hate to bring up, but the British have been known to make fairly unreliable vehicles. (Lotus, Jaguar, McLaren, ETC.). Maybe it’s just a British thing, but the new Land Rovers and Range Rovers are not reliable at all.

Is There Real Proof?

Well, I wouldn’t just tell you that the new Range Rovers and Land Rovers are unreliable without backing it up. From 2007 to 2016 the Range Rover’s best score from JD Power Associates regarding reliability was a 3/5, or 6/10. Out of those 9 years of ratings, 8 of them were 2.5/5 or less than that. So basically for 8 out of the last 9 years, it has scored below average in terms of reliability.

Are They Worth It?

Whether or not they are worth it is a very difficult question to answer. This is because everybody views the Land Rover brand differently. Some people look at them as a “status” symbol and will pay whatever the cost is to look rich, even if they can barely afford it, some people actually have money and just want a really nice vehicle regardless of cost, and some people are just loyal to the Land Rover brand, and always will be. 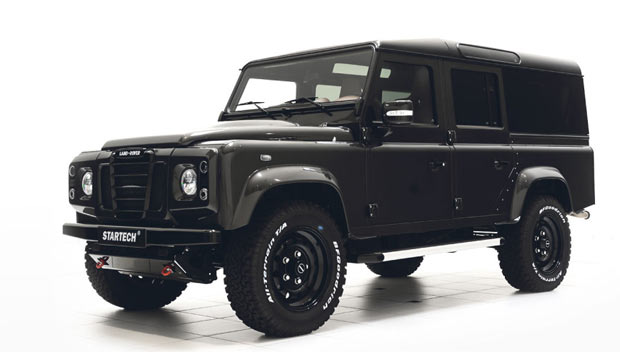 In my opinion, the older Land Rovers are absolutely worth it. They are nicer than most modern cars, but are still solid-axle and can take a beating off-road. I loved my Discovery II before the engine exploded, it was hands down the nicest vehicle I’ve ever owned.

As you might have figured out with our personal experiences, previous owners are very important when purchasing a Land Rover or Range Rover. Make sure you buy from someone with service records and a meticulous attitude towards their Land Rover. Otherwise, you’ll end up with a horribly unreliable Land Rover and think that they are all that way. When in fact, they can be reliable.

In 2014 a customer satisfaction study was done by the folks over at J.D. Power. What they found is rather amusing, but somewhat alarming. They found that all luxury brands had an excellent customer service experience. Those types of dealers will exceed your expectations and make sure you’re always happy. All luxury brands scored a way higher customer satisfaction rating than standard automotive brands, expect for Land Rover.

Land Rover was dead last in the luxury brand study and was actually so bad that it’s comparable to Chevrolet. That’s right, you go in to buy a $130k Range Rover, and you’ll get the same treatment as some guy buying a $15k Chevy Spark. So, not only are modern Land Rovers incredibly unreliable, Land Rover doesn’t even offer good customer service to make up for it. Somehow people are still buying their cars.