When you’re talking about Japanese legends, the RB26 and the 2JZ always seem to pop up in the conversation. Ever since Fast & Furious came out in 2001, the Skyline GTR and MK4 Supra have become internet sensations, and so have their motors. There are countless videos on the internet of both engines making well over 1,000 horsepower.

But the question always seems to come up; which one is king of Japan? Well, let’s dive in and compare RB26 vs 2JZ, and find out who’s really king.

The RB series is a family of inline-6 engines, ranging from 2.0L to 3.0L. All of which came in different engines dressings, some naturally aspirated, some single turbocharged, some twin turbocharged. However, we’re talking about the RB26DETT which was the top of the line engine, equipped in the Skyline GTR. 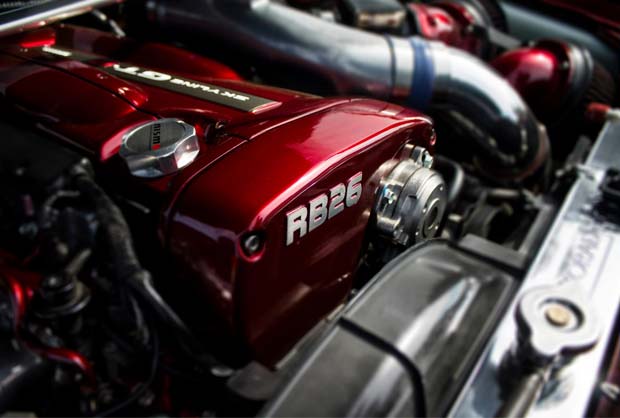 The RB26 came with an 86mm bore, and a 73.7mm stroke, and advanced features such as ITB (Individual Throttle Bodies). It came with parallel T28 ceramic turbochargers limited to 14 PSI of boost.

All of this produced an impressive 280 bhp and 293 lb-ft. Although many Nissan enthusiasts claim that the RB26 made closer to 327 bhp. Many stock dyno runs have proved this to be true. Nissan underrated the RB26 to meet Japan’s “gentleman agreement”.

Much like RB series, the JZ series is a family of inline-6 engines. Ranging for 2.5L to 3.0L, some naturally aspirated, some twin turbocharged. However, we are going to be talking about the 2JZ-GTE which is the top of line 2JZ engine that came in twin-turbo model MK4 Supra.

RELATED: Ford Coyote vs Chevy LS. Which One is Better And Why? 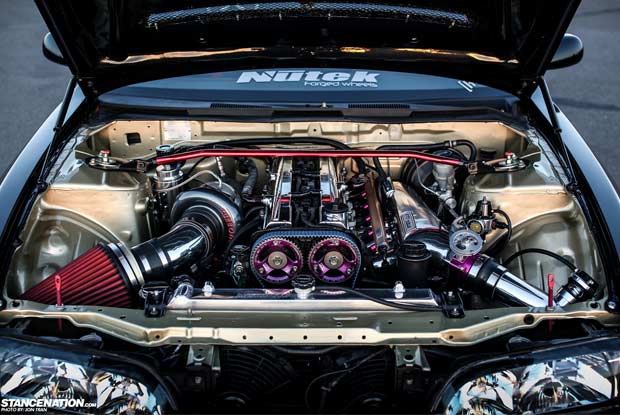 All of this produced an advertised 280 horsepower and 320 lb-ft of torque. Just like the RB26, it had to conform to the “gentleman agreement”. Stock dyno testing shows that the 2JZ-GTE actually makes closer to 320 horsepower.

Okay, so now that you have a little bit of knowledge on each of these engines, let’s take a look at some dyno graphs and compare them stock vs. stock. 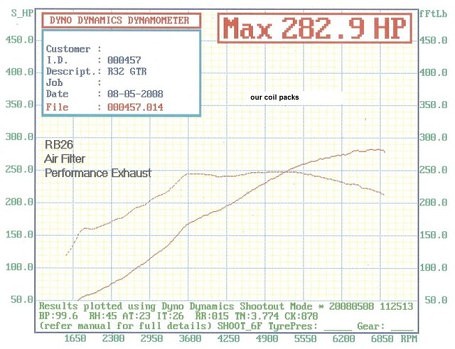 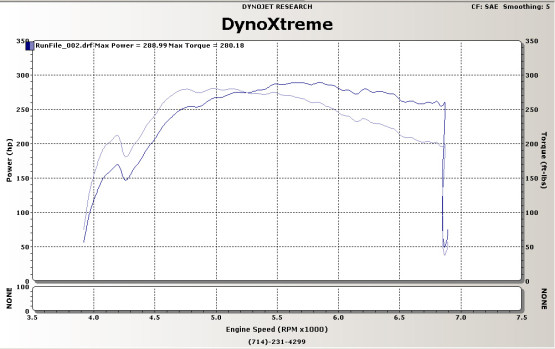 Alright, so you’ve seen the numbers. They make pretty much the same amount of power, however, the 2JZ makes about 30 lb-ft of torque more. This isn’t too surprising considering it has an extra .4L of displacement, all of which is the extra stroke. But, numbers only tell part of the story.

RB26: The RB26 has a very linear power curve, it just slowly gains throughout the power band. It never really peaks or jumps around. This is great because it’s easy to predict how much power you will get when you pick up the throttle at any given RPM.

2JZ: The 2JZ makes its peak power 1,000 RPM sooner than the RB26, and also makes more torque at an earlier RPM. This is mostly due to its sequential turbos, and extra stroke. The power comes on very early and flattens out, it’s not until peak RPM’s that it starts to lose power.

The linear power gain of the RB26 is great for track use since the power will be predictable when on and off of the throttle. The early power of the 2JZ is great for street use since you’ll typically be in the lower RPMs.

It’s not really a secret that the 2JZ can hold up to crazy amounts of power on stock internals. Unfortunately, Nissan didn’t build the RB26 as strongly as Toyota built the 2JZ.

Check out: Why The Chevy LS is so Awesome

2JZ: The 2JZ stock internals can hold up 800 horsepower. The stock block can also hold 1,000+ horsepower. Once again doing some math, the 2JZ can hold up to around 266 hp/liter.

So, both of these engines can hold incredible amounts of power, however, the 2JZ can hold up to quite a bit more on the completely stock engine internals. The engine blocks are nearly equal in terms of strength.

If you’re building a car, and something on the engine breaks, you’re going to need the new part. I think this is what really makes the 2JZ better than the RB26.

RB26: The RB26 never came in any car in the USA, what does this mean? It means that finding parts for it isn’t a simple as going to an auto parts store. Since it hasn’t picked up as large of a cult following in the US, the aftermarket isn’t nearly as strong.
Furthermore, just finding the RB26 engine by itself is a hassle, most of the times you’ll have to import it from Japan.

2JZ: The 2JZ on the other hand, came in a host of different cars in the USA. This means that finding parts is as easy as going to an auto parts store or a junkyard. The large cult following means that the aftermarket is massive and very helpful.

Let’s be real here, being a bit of a hipster in the JDM community is fairly normal. Everyone is trying to push the envelope from the hellaflush community to the racing community. In the eyes of a JDM enthusiast, which one is cooler? The RB26 or the 2JZ?

RB26: The RB26 is pretty rare to see in the US. There are quite a few reasons for this but regardless seeing an RB in person is always pretty cool. Furthermore, the RB26 is arguably better sounding. It seems a little higher pitched but somehow angrier. It’s a little hard to explain but if you’re a JDM person you may know what I’m talking about.

2JZ: Seeing the 2JZ is far more common in the US. Go to any drift event and you’re bound to find more 2JZ swapped cars than RB26 swapped cars. In that sense that 2JZ has almost got a little bit boring.
The 2JZ’s sound is undeniably iconic, however, it has also gotten a little bit stale. This is probably due to the insane amount of MK4 Supra videos on YouTube.

To answer the question “RB26 vs 2JZ?”. Well, I think that’s it’s pretty clear which is the better engine. The 2JZ can hold up to more power, make more power, source parts very easily, and is cheaper to buy and build. However, the RB26 is arguably the cooler of the two, mostly due to its rarity in the US.

That said, the RB26 is an absolutely amazing engine, but it’s just not economically feasible to build an RB26 just to hold similar power levels as the 2JZ. 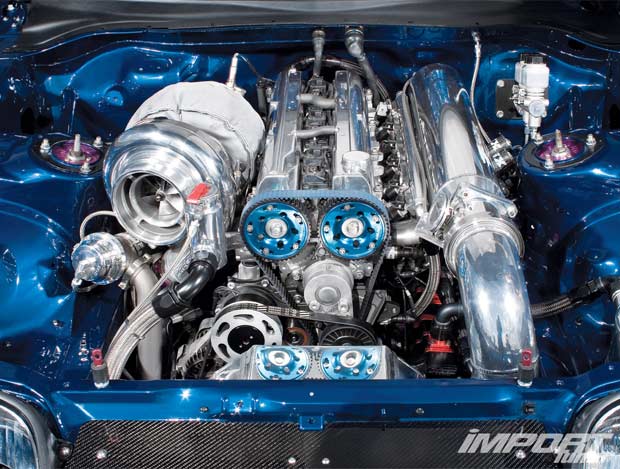 The 2JZ came in a host of cars sold in the US and can be found pretty easily, and if something breaks a store like Autozone is likely to have the part. The RB26 on the other hand, never came in any car in the US, meaning that it has to be imported, and so do any parts that you might need for it.

If you liked this RB26 vs 2JZ article, share it with your friends!